Bogus Basin Nordic Team (BBNT), based in Boise, ID, became a Paralympic Sports Club this year, the first cross-country ski team in the United States to do so.

Paralympic Sports Clubs are partnerships between US Paralympics and community organizations across the country that, according to the US Paralympics website, “provide local sports programming for individuals with Paralympic-eligible impairments.” They are “designed to be implemented within an organization’s menu of programs,” thus bridging the gap between adaptive-specific and existing sports programs within a community. 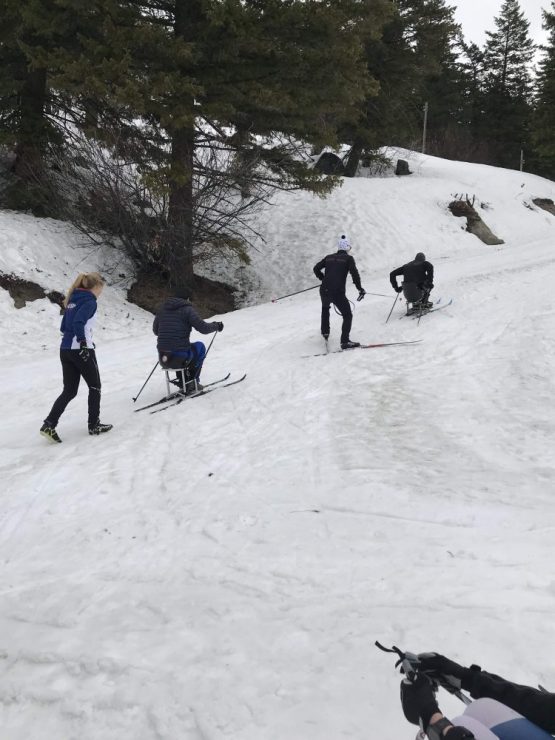 The conversation for BBNT to become a Paralympic Sports Club began with Wilson Dippo and Willie Stewart. Dippo is the former head coach and program director of BBNT. Stewart is a BBNT parent and Paralympic silver medalist in cross-country skiing. Both are passionate advocates for increasing inclusivity in sports programs, especially those meant for young athletes.

“I am by no means an expert on working with adaptive athletes, but I have a lot of experience working with kids,” said Dippo. “And for kids, taking one group and putting them in a box or putting them over on the side seems like a really ineffective way to both build their skills and build their community.”

Stewart, who lost his arm in a construction accident when he was 18-years-old, echoes this sentiment. He describes the experience of transitioning to life with a physical impairment as one characterized by “terrible loneliness.”

“I was isolated and it was devastating. That was way worse than losing my arm,” said Stewart. “I believe that people with disabilities are often isolated. They’re sometimes put into programs where they’re training alone, and that’s not that empowering. If adaptive athletes are only in adaptive programs and little kids with disabilities are not with little kids without, that doesn’t grow a vision of inclusion.”

Stewart is also a spokesperson and advocate for Challenged Athletes Foundation (CAF), an organization that strives to provide opportunities and support to people with physical challenges so they can pursue active lifestyles through physical fitness and competitive athletics. When CAF received a grant from The J.A. and Kathryn Albertson Foundation (JKAF) to start an Idaho-specific branch, Dippo and Stewart felt the timing was right to pursue becoming a Paralympic Sports Club.

Dippo reached out to Eileen Carey, director of United States Paralympic Nordic Skiing (USPN), for advice and information regarding how to become a Paralympic Sports Club. Carey took the opportunity to provide a two-day coaching clinic in Boise with Kristina Trygstad-Saari, assistant coach with USPN, last March.

The first day focused on educating BBNT coaches and local ski instructors on how to work with adaptive athletes.

“[Carey and Trygstad-Saari] gave us the rundown on coaching sit skiing, tips for working with visually impaired athletes and generally covering the basics,” said Dippo. “We even got to try sit skiing.”

The following day, BBNT and USPN opened up the clinic to the general public. One of the attendees was 14-year-old Annie Carey (no relation to Eileen Carey), an accomplished adaptive athlete in track and field, swimming and triathlon. 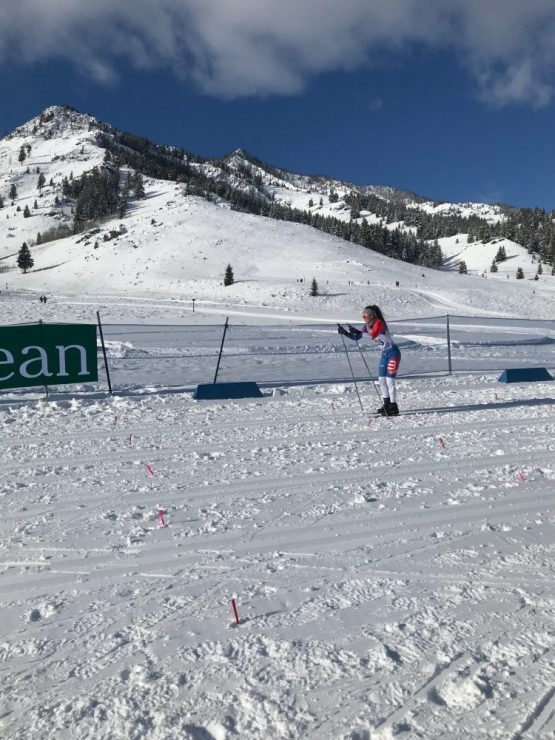 Annie Carey is now fully integrated into BBNT and is the program’s first adaptive athlete. She recently competed in her first ski race in Sun Valley, ID and will be going to Soldier Hollow, UT in early January for the US Paralympics Nordic Sit Ski Nationals & World Para Nordic Skiing NorAm.

“The story isn’t necessarily, hey look, BBNT is doing such a great thing, they have one adaptive athlete. Everybody give them a big pat on the back,” said Dippo. “It’s more, hey look, our doors are completely open and we’re going to do whatever it takes to actually make this door stay open. Not only are you welcome here, but we want you here.”

Paralympic Sports Clubs also receive support and access to resources from US Paralympics and its National Governing Bodies and High Performance Management Organizations. These resources include coaching education and program development courses.

“The materials out there for us all to read and look at are incredibly helpful. They’ve really made me feel more confident that what I’m doing is right,” said Emma Donohoe, co-head coach and program director of BBNT.

“I can go in there and see how to compare Annie’s time to non-adaptive athletes. And if we were to have a sitting athlete, I can see what I need to be communicating to race organizers about what their course should be. It’s great for the technical side of things.”

Additionally, Paralympic Sports Clubs have permission to use the US Paralympics logo, which may help with marketing and fundraising efforts.

“When you have a big vision of inclusion and getting away from isolation, you can raise money,” said Stewart. “Access, integration and inclusion. Those are narratives where people will get on board and say, let’s do it.”

On January 18 and 19, CAF will host an adaptive nordic and biathlon clinic in Tamarack, ID. USPN’s emerging athlete coach, BethAnn Chamberlain, will help run the clinic. Donohoe hopes the clinic, in conjunction with the recent Paralympic Sports Club designation, will attract more adaptive athletes to BBNT.

“I believe that this sport gives you a lot for your entire life,” said Donohoe. “So expanding who can access becoming a cross-country skier in this valley is an important value to us.”

Indeed, BBNT has a history of providing skiing opportunities to diverse and underserved populations. RefuSKI, a program started by a local English as a Second Language teacher, gives children who are part of Boise’s refugee population the opportunity to learn to nordic ski. Community partners and donors help support tuition costs, equipment, transportation, and clothing for children who participate. According to Dippo, BBNT usually has about six to eight kids who regularly participate in the program each season.

“Having our refugee program up and running for years now has been really cool for both the refugee skiers and for everybody else on the team,” said Donohoe. “A lot of these kids wouldn’t know a refugee if they didn’t have a teammate. Same thing with para-skiing. A lot of our athletes don’t necessarily know para-athletes until they become teammates with them.” 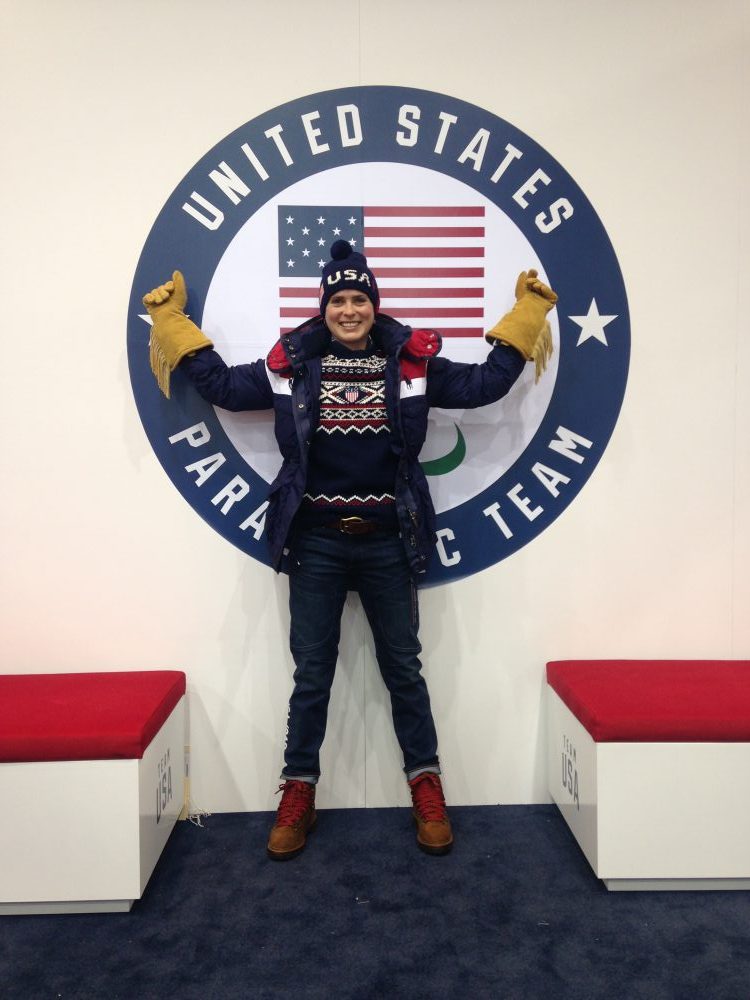