With the weekend closed out in Oberhof, Germany and the start of the second IBU World Cup trimester underway it’s time for, thank you Seth Meyer, … a closer look. 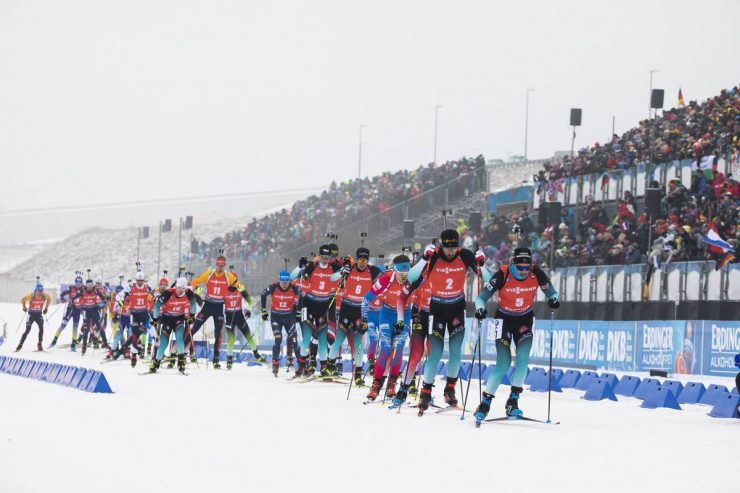 Norway’s male biathlon ringer, Johannes Thingnes Bø, was on the sideline for the weekend. Prior to the Oberhof stop, he had worn the yellow bib as the IBU World Cup overall leader. Post-Oberhof, it was time for a change. A small change really in the big perspective of challengers. France’s Martin Fourcade leaves Oberhof donning yellow, a color he has been well acquainted with in the past. 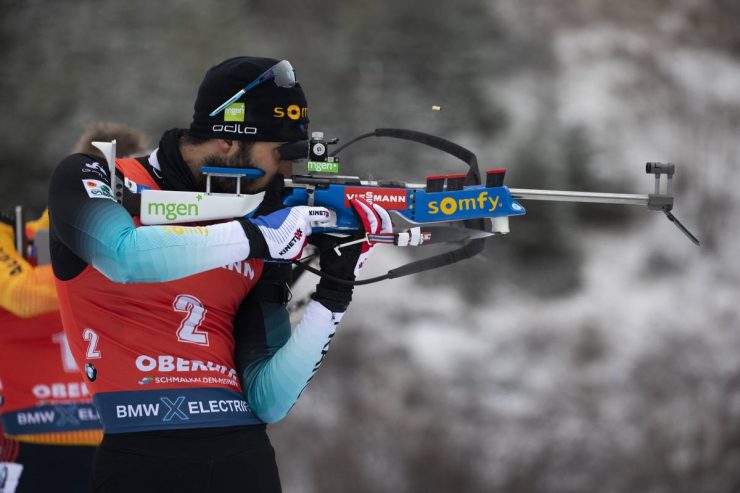 Fourcade’s overall lead is the result of a two win weekend. He won the 10 k sprint on Friday and followed that with a win Sunday in the 15 k mass start. In four shooting rounds during the mass start, Fourcade went 0+1+0+1 to win in 41:01.4. No North Americans qualified for the race.

After nine of 24 individual competitions, Fourcade leads the overall with 387 points. Bø sits in second with 374. 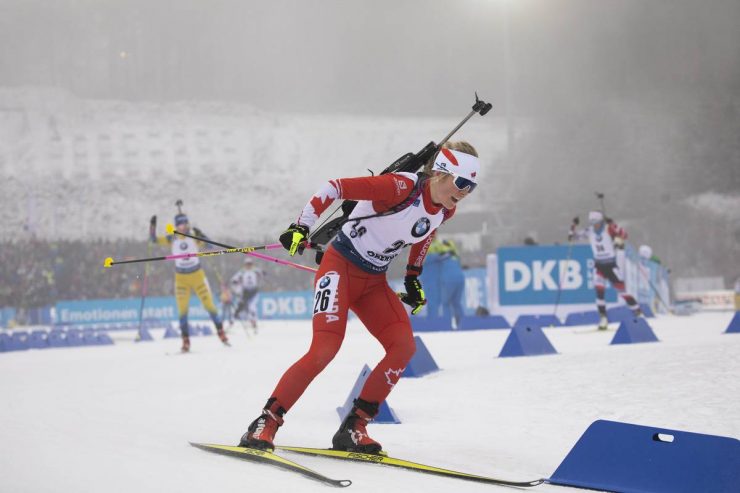 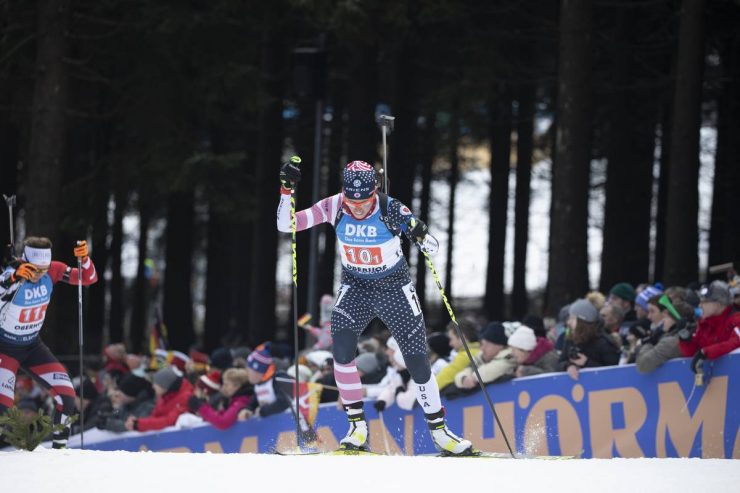 This brings us to the women’s overall standings on the IBU World Cup circuit. Italy’s Dorothea Wierer, with 390 points, wears the leader’s bib. The Italian placed fourth in the mass start, over a minute out, and had five misses total on the range. Eckhoff is second overall with 381 points. 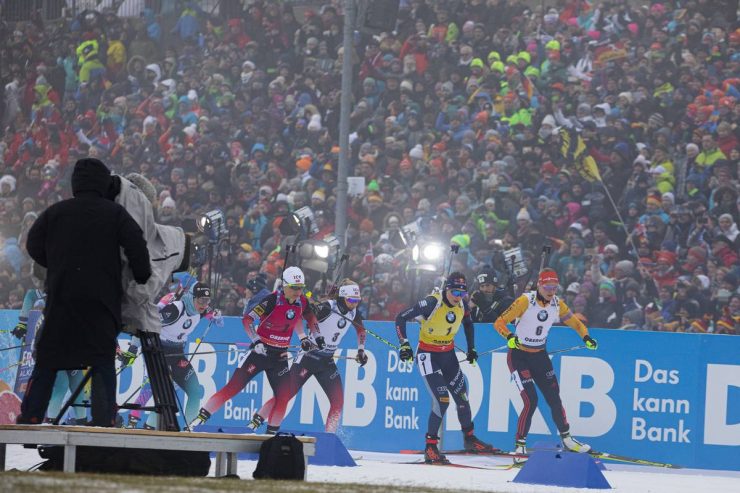 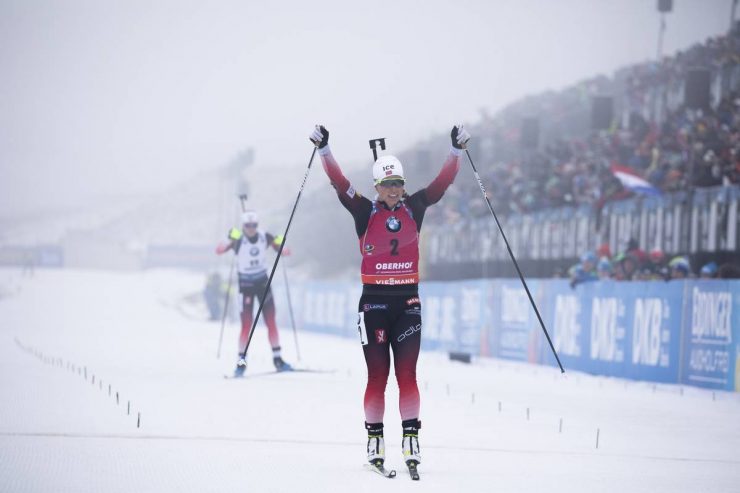