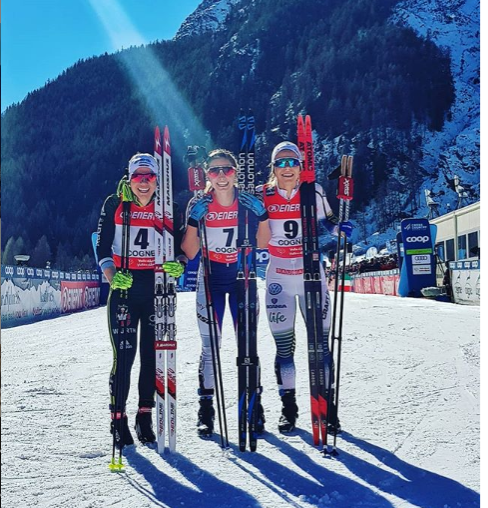 Amidst sunshine and sporting rolled up sleeves on Saturday in Cogne Italy, American Jessie Diggins took the women’s 1.6-kilometer freestyle sprint win in nail-biter fashion. After making it into the semifinals and the final as one of the day’s lucky losers, Diggins outlunged Germany’s Sandra Ringwald by 0.11 seconds, claiming the victory in a time of 3:32.73.

Following Diggins, Ringwald placed second (+0.11), Sweden’s Johanna Hagström third (+0.86), and Norway’s Ane Appelkvist Stenseth was fourth (+1.31). American Sadie Bjornsen also advanced all the way to the final on Saturday where she placed fifth, 2.23 seconds back from Diggins’ winning time. The sixth finalist on Saturday was Eva Urevc of Slovenia, who crossed 2.32 seconds back from Diggins.

Three more U.S. woman finished in the top 30, with Sophie Caldwell placing in 17th followed by Ida Sargent in 24th and Rosie Brennan in 27th.

Four Canadian women raced on Saturday, with Dahria Beatty leading the way in 38th. The next Canadian finisher after Beatty was Cendrine Browne in 48th, followed by Maya Macisaac-Jones 49th and Katherine Stewart-Jones 51st. 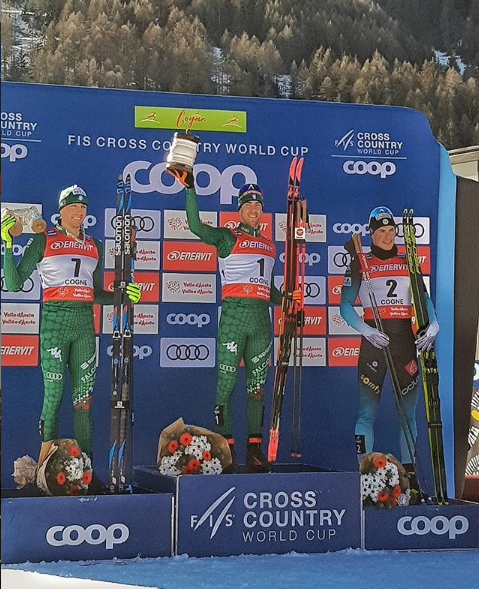 On the men’s side, Italians Federico Pellegrino and Francesco de Fabiani put on a show for the home crowd, with Pellegrino taking the win in a time of 3:09.07 and his teammate de Fabiani earning second (+0.48) by 0.03 seconds after a photo finish with France’s Lucas Chanavat, who placed third (+0.51).

After narrowly avoiding a crash in his semifinal, American Simi Hamilton advanced to the final, ending the day just off the podium in fourth (+3.91). Following Hamilton was Norway’s Sondre Turvoll Fossli in fifth (+4.03) and Sweden’s Marcus Grate in sixth (+27.90).

Racing for Canada, Russell Kennedy was the next top North American finisher in 11th. Following Kennedy was American Andy Newell in 23rd and the U.S.’s Logan Hanneman in 27th. Kevin Bolger qualified for the fourth quarterfinal, but did not start and ended the day in 30th. 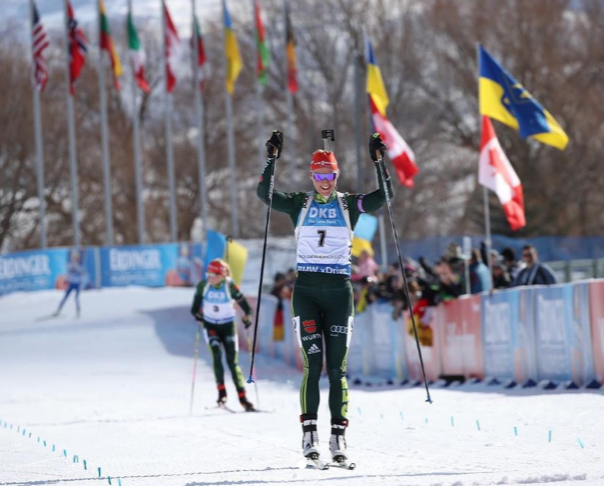 International Biathlon Union (IBU) competition has returned to the famed Soilder Hollow (SoHo) race course venue in Midway, Utah for the first time in 17 years–the last time IBU/World Cup level competitions were held there was back in 2002, when Salt Lake City played host to the Winter Olympic Games.

The IBU’s third day of competition in SoHo brought on a 10-kilometer pursuit for the women. Germany’s Denise Herrmann won the event in a time of 28:03.4 after skiing two penalties (0+0+1+1). Franziska Hildebrand, also of Germany, claimed second, finishing 4.2 seconds behind Herrmann with one missed shot (0+0+0+1).

Racing for Finland, Kaisa Mäkäräinen placed third, 16.5 seconds back from the winner with three misses (2+0+1+0). 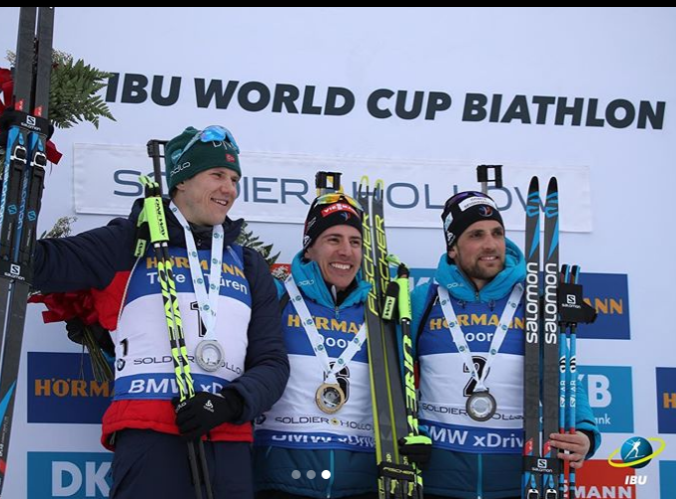 Simon Desthieux, also of France, placed third on Saturday, finishing 47.3 seconds back from the winner after skiing three penalties (0+1+1+1).