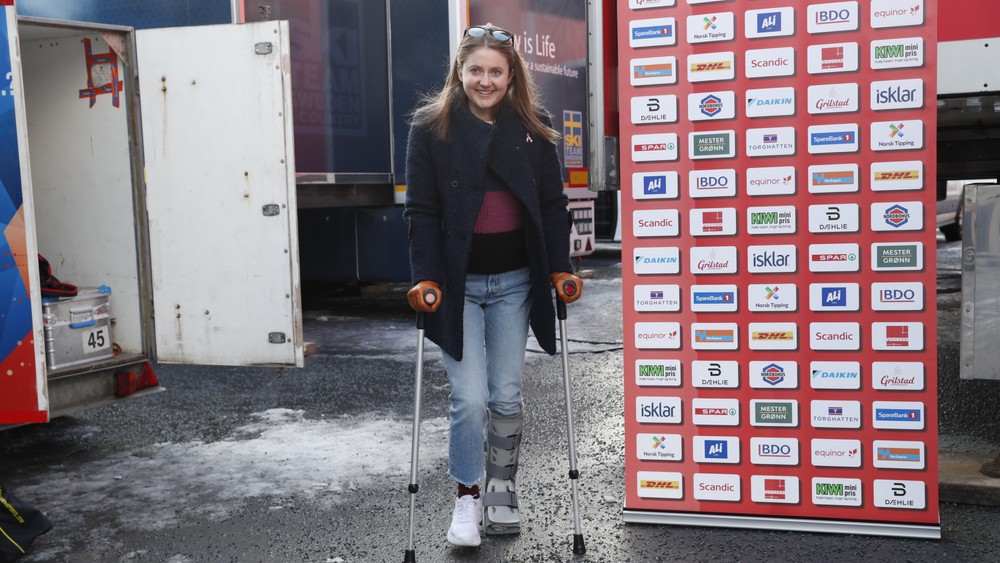 Ingvild Flugstad Østberg is forced to end her season early after sustaining a stress fracture in her heel. (Photo: Terje Bendiksby/NRK)

Earlier this morning, the Norwegian news outlet NRK posted that Ingvild Flugstad Østberg has been forced to end her season early after sustaining a fracture in her heel. The news was announced by the Norwegian Ski Federation, after Østberg spoke with the press while carrying crutches and wearing a protective boot, which she will be wearing for the next five to six weeks.

Østberg believes that the injury, which team doctors are calling a stress fracture, was sustained after jumping off a ledge onto concrete in combination with the cumulative stress of training and racing throughout the year.

It has been a trialsome season for the 29-year-old, who sat out the first eight races of the season after failing to meet team health criteria. Media speculated that the specific criteria included minimum body weight requirements.

“Cross-country skiing is demanding. In some periods, it is difficult to find the right balance between exercise and energy availability and to find it out in a good way,” Østberg said in the press conference, according to translation.

This discrepancy between energy availability and training load leads athletes into the condition called “Relative Energy Deficiency in Sport” (RED-S), which, among other side-effects, causes impaired hormone function and decreased bone health. The condition was formerly titled the “Female Athlete Triad”, but has since been expanded to include male athletes and the myriad of other associated health impacts. 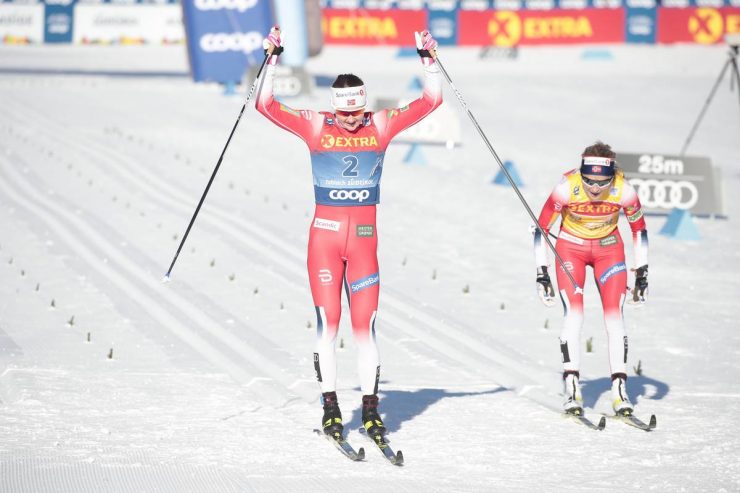 Ingvild Flugstad Østberg (NOR) for the Stage 4 win in the 2020 Tour de Ski with Therese Johaug (NOR) in second.

Last weekend, Østberg took fifth in the 10-kilometer classic in Lahti, Finland and skied the second leg of the winning 4×5 k relay team. She is currently ranked third in the World Cup distance standings and fifth in the overall standings. As Østberg is unable to compete in tomorrow’s 30 k classic at the Holmenkollen in Oslo or the distance races in Canmore, Alberta, she will lose these positions in the season rankings.

When asked whether she will be healthy again to begin training for the 2020/21 season in early May, Østberg gave an optimistic reply.

“First and foremost, I’m going to drag this (the boot on my leg) with me for five to six weeks… It’s actually some weeks until May 1st. I think I can do a lot of good for it.”