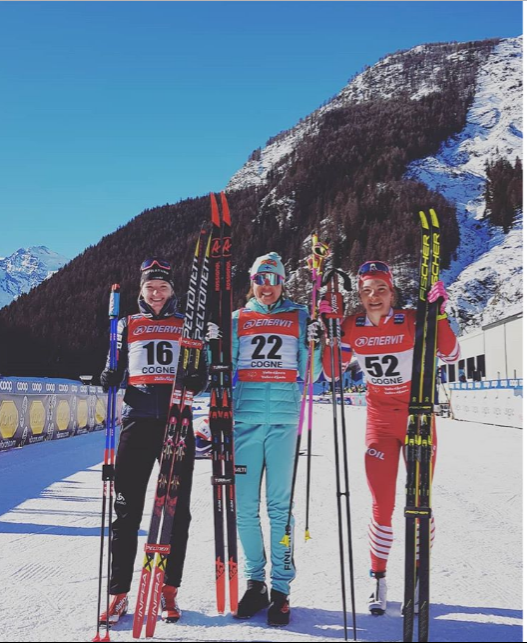 World Cup athletes returned to the Cogne race venue on Sunday for a men’s and women’s classic interval start race. In the women’s 10 k, Finland’s Kerttu Niskanen, won in a time of 27:24.8. Finishing just 3 seconds behind her for second place was Swiss skier, Nadine Fähndrich. Russia’s Natalia Nepryaeva claimed third, 12.6 seconds behind the winner. 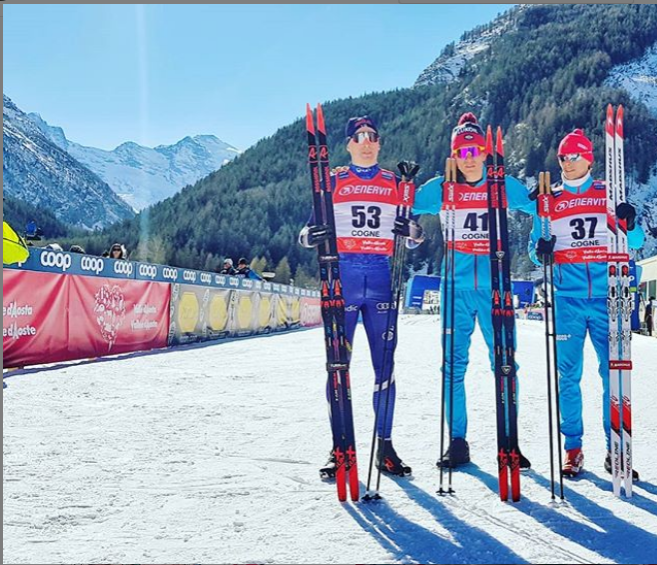 In the men’s 15 k classic, Russia’s Alexander Bolshunov won in a time of 34:48.4. Iivo Niskanen of Finland–and sibling to the women’s winner, Kerttu–placed second in the men’s competition, finishing 43.7 seconds behind Bolshunov. Sunday’s third and final podium spot went to Alexander Bessmertnykh of Russia, who finished 55.9 seconds back from his teammate and the overall winner. 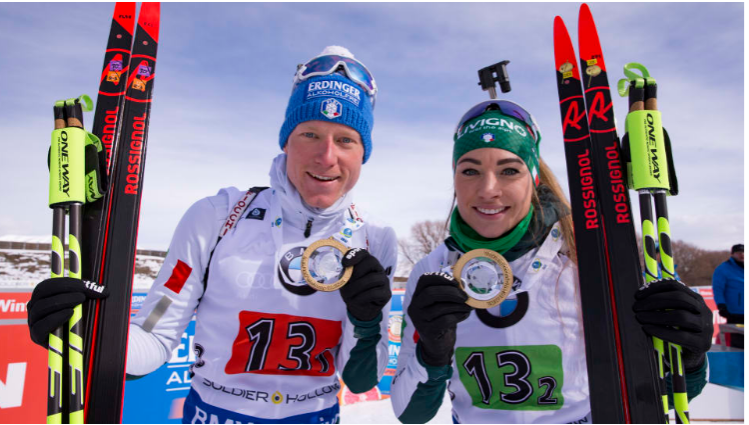 IBU athletes returned to the Soldier Hollow race venue in Midway, Utah, on Sunday for a single mixed relay event. The Italian pairing of Lukas Hofer and Dorothea Wierer claimed the victory in a time of 35:27.9. In the first leg, Hofer missed two shots (0+1 0+1) clocking in at 7:41.2. Wierer completed the next leg in a time of 16:06.0 after one miss. In the third leg, Hofer again missed two shots and tagged off to Wierer at 24:02.6. In her final leg, Wierer once again missed one shot (0+1 0+0).

Finishing 22.9 seconds back from the winners was Austria’s pairing of Lisa Theresa Hauser and Simon Eder in second place, with a team total of two penalties (0+0 0+2).

Third place went to the French team of Antonin Guigonnat and Julia Simon, who finished 50.2 seconds back from the winners with a team total of nine missed shots (0+3 1+5).