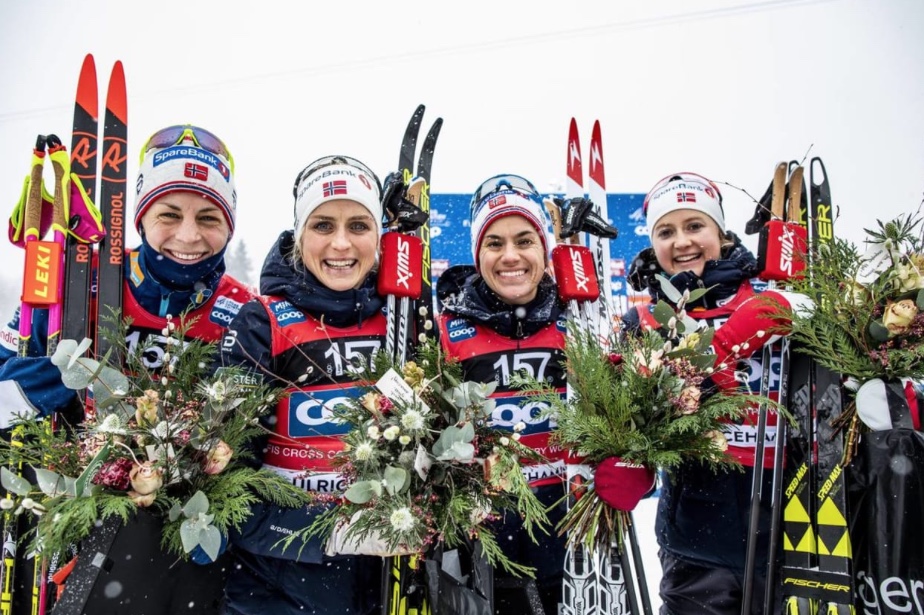 The sun rises, the sun sets, and Norway wins the women’s 4 x 5-kilometer relay in Ulricehamn, Norway on Sunday. For the 11th time in a row, a Norwegian women’s team bested the world in the storied race format.

Heidi Weng, Therese Johaug, Astrid Uhrenholdt Jacobsen, and Ingvild Flugstad Østberg won in a time of 57:06.3 minutes. For the first tag, nine teams came in separated by 8.1 seconds. Johaug, skiing the second leg for Norway, opened a gap of 9.3 seconds over Russia I by the 10 k mark.

The time back to second-placed Sweden I stretched to 37.4 seconds by the finish.

In the men’s 4x 7.5k relay, Russia II and Russia I came away in first and second place respectively.

In third was Norway, 35.8 seconds behind. Hans Christer Holund, Didrik Tønseth, Sjur Røthe, and Simen Hegstad Krüger, Norway’s foursome, were 35.8 seconds back. On the first leg, at 9.7 k, Norway was in ninth place, with a 43.1-second deficit.

“It’s a fantastic feeling to be right at the top again,” Dahlmeier told the IBU. “I started very badly and I felt slow. But I came back strongly and I remained virtually without error in the shooting. It was a good weekend for me.”

US Biathlon’s Clare Egan raced and shot to 15th overall, 1:05.8 back, with two penalties in her first prone stage, otherwise she shot clean.

In the men’s 15 k mass start, there was one new development: Johannes Thingnes Bø of Norway did not win.  He did, however, place second to France’s Quentin Fillon Maillet. He won the race in 34:39.4 seconds while shooting clean in all four stages.