Stage 6 of the Ski Tour 2020 was, by any stretch of the imagination, a steamroller for Norway. A clean sweep on the men’s and women’s podium. On the men’s side, that’s not exactly what we expected. Russia’s Alexander Bolshunov looked like a sure thing for the overall win. A 30 k classic for the 23-year-old, I mean who would have predicted anything different?

The weather was all over the place. As Devon has said several times, the weather in Trøndelag can be a mix of everything unpleasant. And that’s the way it was. Big flakes of snow fell during the men’s race. Let’s just say that the klister on the Russian’s skis didn’t synch with the precipitation. 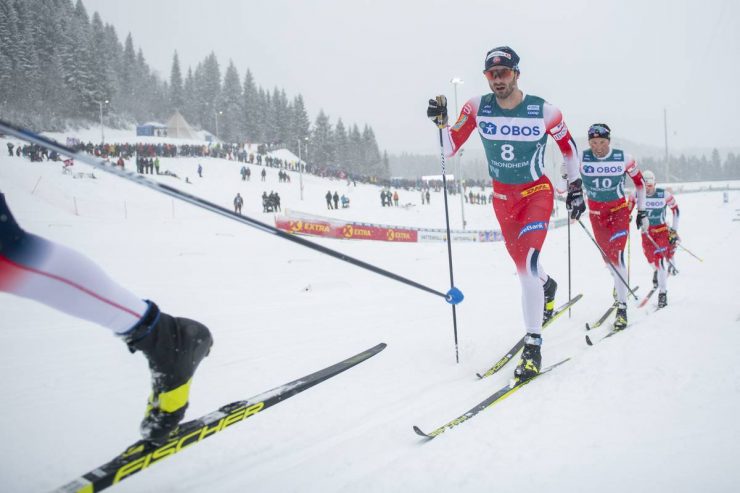 Good on Johaug for her near clean sweep, she won five of six stages, and Pål Golberg and his wax techs scored a big one for the home crowd in Trondheim.