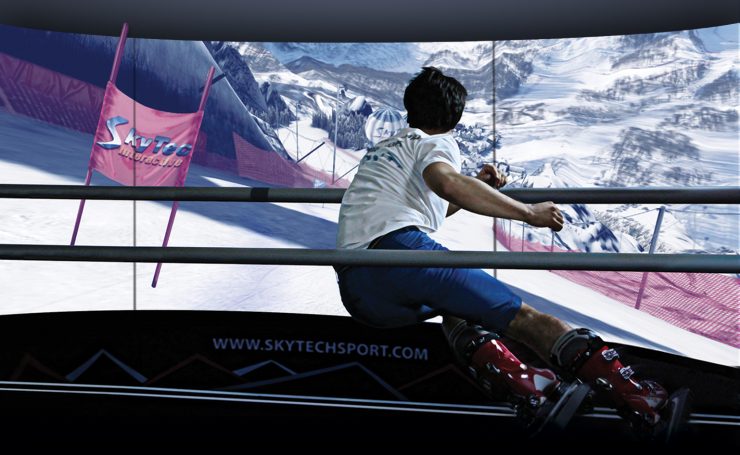 The Potential For Cross-Country Skiing In VR

Cross-country skiing is a taxing, yet incredibly rewarding activity. Any skier will tell you that having an intense workout smack dab in the middle of nature’s beauty makes for an almost euphoric experience. Unfortunately, not everyone is able to do it – let alone do it regularly. There are plenty of reasons for this, from living in a hot climate to simply not having the skills to ski for a long period of time, or not having the budget to do it often. And in some cases, even those who once excelled at cross-country skiing may eventually have trouble maneuvering on snow-covered trails, due to injury, age, or even the slightest decline in reflexes.

To some extent though, this could be changing in a positive way. Thanks to virtual reality, it may soon be possible for just about anyone to enjoy the thrill and full-body workout of cross-country skiing – without needing to take a trip, pay for equipment, or even get cold!

Virtual reality’s immersive qualities have already begun to make a mark in the sports industry. For one thing, there are some small games that already exist and help people to simulate sports in VR. For another, the idea of watching sports in VR is beginning to take off, with several prominent leagues and teams having already demonstrated applications. And most recently, there’s been talk of VR providing a more immersive version of digital sports betting – something that could be very significant for a lot of people given the recent appearance of prominent betting platforms on the American market.

Applications like those are getting most of the attention when it comes to connections between VR and sports. On top of those, however, VR is also allowing people to spice up their at-home sports participation – essentially by way of enhancing physical training. Instead of a boring run on a treadmill facing a windowless wall, someone working out at home can be transported somewhere scenic; in the comfort of your own home, you can ride a stationary bicycle in countryside race or along a tropical beach.

Even certain gyms have been utilizing the technology to bring about innovative workout experiences. For example, BlackBox Gym in San Francisco provides VR headsets and hands-free controllers to get their clients into shape. During training sessions, participants are split up into two teams to “fight off” their opponents to keep virtual crystals safe (almost like a combination between dodgeball and capture the flag, in VR). It’s a creative class in which people break a serious sweat, but have fun doing it – and don’t necessarily feel like they’re putting in gym time.

In keeping with all of these examples, and all the potential VR shows in athletics and exercise, we’re now seeing that prototypes of a cross-country skiing simulation are in the works. A developer called Leverage has a skiing game in development wherein players must beat their opponents to the finish line. The company notes that the game is an excellent way to get in some cardio. However, at the moment, the graphics aren’t as realistic as they could be, which limits players’ overall experience.

In addition, a successful cross-country skiing VR game would need to be paired with proper workout equipment. This way the simulation would feel as amazing (and almost as difficult) as the real thing.

This may sound like a reach, but VR training machines are actually becoming quite common. For example, ICAROS Pro gives you the sensation of flying through canyons and mountains, while challenging you to use your body within a machine that strengthens your core. Similarly, NordicTrack has preloaded VR games perfect for thrill-loving cyclists.

A cross-country ski machine, consisting of something similar to a treadmill or elliptical, would ideally mimic the resistance of snowy terrain. Players would also be equipped with proper poles and boots, or at least imitations of them that worked with the equipment. This sort of gear, along with the more and more impressive graphics we’re seeing on the best VR devices, would make for unique and effective workouts. Participants could feel like they were conquering Nordic trails without having to leave their living rooms.

While we don’t have a perfect cross-country ski simulation just yet, the technology is there, and given some of the other examples we see of VR easing into sports and fitness, it’s just a matter of time before it becomes a reality.