Every crisis offers an opportunity for improvement and progress. Madshus has taken advantage of the longer offseason in racing due to the global corona pandemic this spring to work even harder on research and development.

“All the hard work our product engineers, test crews and race techs put in now, will result in even faster skis and better equipment for Team Madshus racers when the season kicks off in the fall,” says Per Wiik, Global Marketing Director at Madshus.

Madshus is currently in the process of launching the all new top racing series Redline 3.0, featuring both skate and classic models. These have been successfully tested at the World Cup and elite level this winter, and will be available for retail in the fall.

“This spring, we have focused specifically on the Redline 3.0 models, as well as testing several new bases and fine-tuning constructions and geometries for specific snow conditions,” Wiik says.

Svein Ivar Moen, the head of the Madshus ski testing department, during a testing session at Sjusjøen (NOR) in April. Photo: Stefano Zatta

How do you work on product development when the factory is shut down?
“Although the factory had to close for a while due to the corona pandemic, our R&D crew has been working full time. And because all the races at the end of the season were cancelled, the guys from the racing crew have been available to participate more intensely in the testing and product development processes. Accordingly, we have been able to prioritize this area even harder this very unusual spring,” Wiik says.

Testing, testing, testing
This week, the factory crew is finishing up the first on-snow test period of the spring. These tests were completed at the Madshus test center at Sjusjøen (NOR), literally a hop and a skip from the factory in Biri.

There is still a lot of winter to be had in Sjusjøen (NOR) in April. Svein Ivar Moen, the head of the Madshus ski testing department, working on details for next season’s Reline 3.0. Photo: Stefano Zatta

All the data collected, notes and input will be analyzed in the coming weeks, before embarking on the next on-snow testing period. For these tests, which start in the end May or beginning of June, the crew will travel to the summer ski resort at Sognefjellet (NOR). Hopefully, by then most of the national and European travel restrictions have been lifted. While all national team camps have been cancelled this side the summer, many of the athletes are still planning to train at Sognefjellet independently and in smaller groups, which will allow Madshus engineers and test crew to work more closely with the Team Madshus racers.

When the summer skiing at Sognefjellet is over, Madshus will continue with further on-snow testing in the ski tunnel.

Related coverage: Great skis are made in the summer

Golden season
Among the season highlights are the numerous Madshus U23 and junior racers who had just finished some of the most successful world championships in years.

Related coverage: Winning is no coincidence

However, the success started long before the world championships. In January, Madshus juniors won seven medals at the IOC Youth Olympics in Lausanne (SUI).

Turbo junior Helene Marie Fossesholm (NOR) went straight for the senior podium at the FIS season opener in Beitostølen in November. She continued her podium party throughout the season, posting victories and podium finishes in almost every race and championship event she entered, both at the junior and senior level. Last week, the 18-year-old was rewarded with being named to the Norwegian national A-team, even though she’s still a junior.

“With all due respect for the ongoing global crisis, we have a lot of exciting projects in the pipeline both in product development and supporting our talented athletes,” Wiik says. 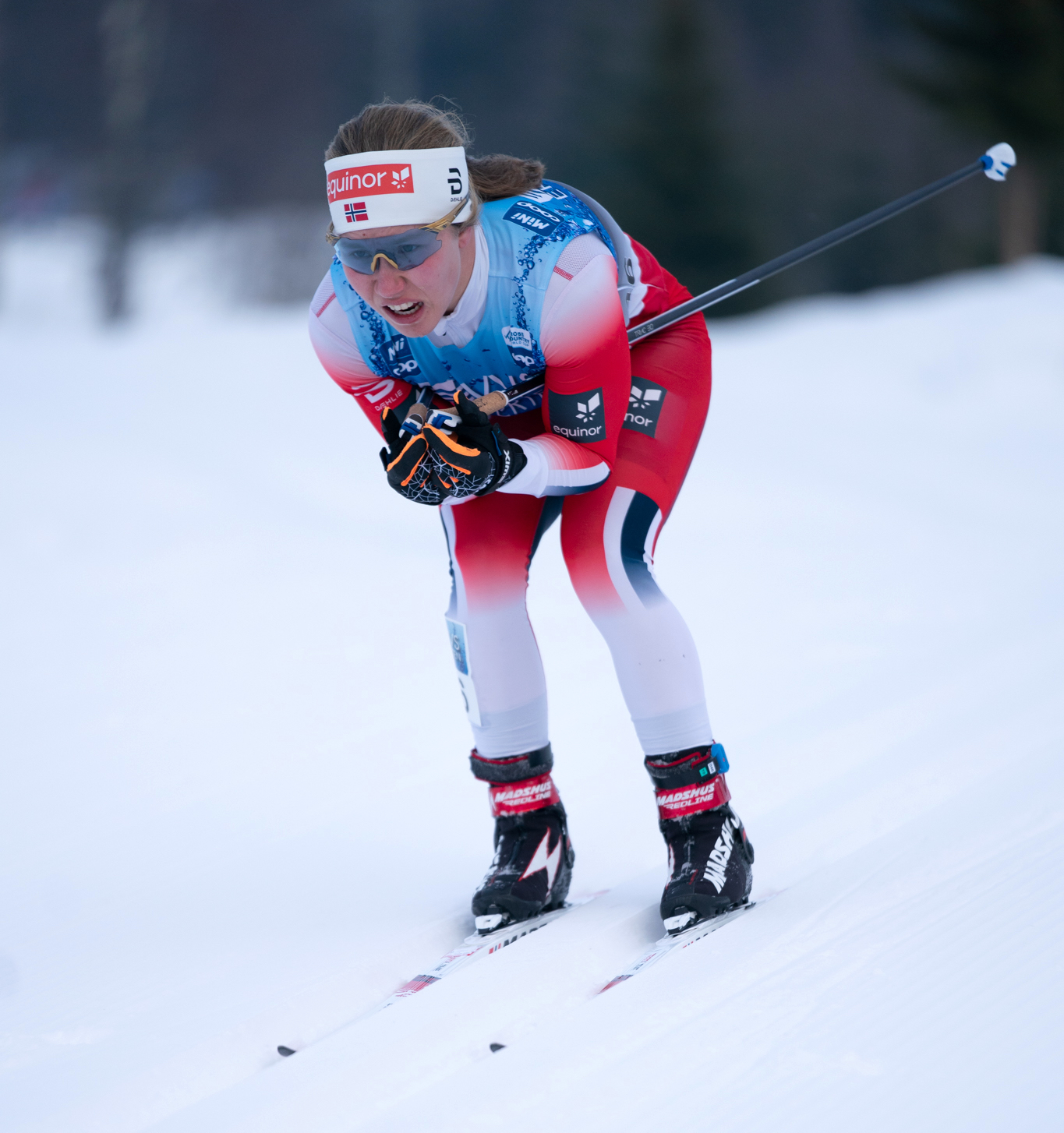 Helene Fossesholm at the FIS Season Opener in Beitostølen (NOR) in November. Photo: Fjellfanten