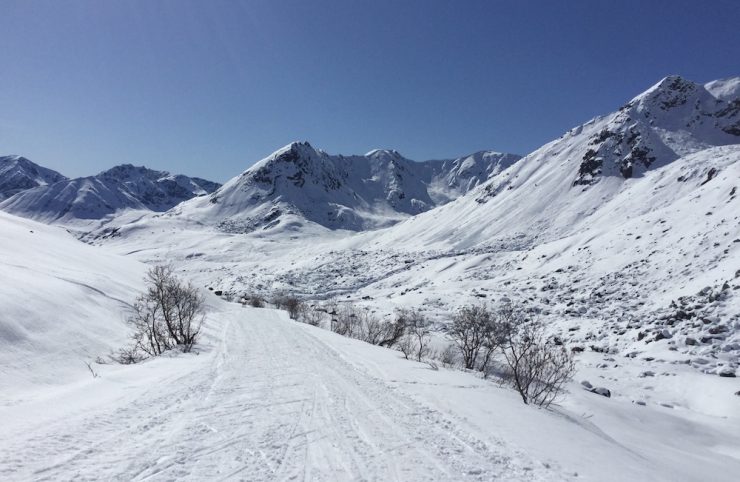 If you’re reading this website, you’re probably well aware that the nordic skiing training year begins on May 1. In a sport where most races happen between November and March, and demand of athletes that they repeatedly race to the point of nearly losing consciousness, the preparation for race season had better start a long time before that. As the well-worn, but accurate, saying has it, skiers are made in the summer.

Embracing the start of May – either May 1 per se, or a conveniently located Monday a few days on either side of that date – as Skier’s New Year is nothing new. Indeed, here’s Luke Bodensteiner, at the time a struggling Olympic hopeful, in the opening lines of his book Endless Winter: An Olympian’s Journal, describing a training day 26 years ago this week: “Monday, May 3: Salt Lake City, Utah. This is it. Training begins today for the 1994 ski racing season. The focus this year is on the Winter Olympics to be held in Norway in February, but the season won’t end until the final races are over in April. … It isn’t like I ever really stopped training, but now instead of pick-up basketball and soccer, back-country alpine skiing and the odd midnight kayak trip with my roommates, training has to get serious. … My little black wristwatch suddenly rules my day.”

Or here’s a notably ambitious Cory Smith, in the ur-skier blog “Somewhere Between Obscurity and Oblivion,” writing on April 26, 1999, while acknowledging that he was doing so five days earlier than custom and generic expectation would suggest: “April 26: Yes, I know that it is still April, but I am writing in my May journal. That is because today is the official start of the 1999-2000 training year. To preserve a sense of continuity it is just easier to assume that May is the first month of the year and squeeze a couple extra April days into the month. I hope this doesn’t screw up your crop planting or biological clock or anything. So what did I do to kick off the year? I went for a run. I know, it’s not very exciting, but you have to start somewhere. Besides, I am only supposed to be training 8-12 hours per week this month, so I shouldn’t do too much the first day. But at last I am underway and ready to prepare for an even better winter next year.”

Or here’s Noah Hoffman, writing on April 30, 2014, in a post entitled, “Start of the Training Year”: “Today was my first scheduled training day of the year. … I started my two hour double pole outdoor roller ski session (Double poling is the only outdoor roller skiing I’m allowed to do right now.) before 7 a.m.” (And here’s the follow-up, from May 1: “I am SORE today! Yesterday was my first real training day of the year. It was all upper body based (with a two hour double pole and strength), and now I can barely lift my arms.”)

While Instagram has largely replaced blogs (or a book (!)) as the platform of choice, the message has changed far less than the medium: Early May is perpetually a time for new beginnings, new hopes, big plans, and maybe a self-effacing crack about being out of shape or needing to go find one’s rollerskis. Here is a look at how an unscientifically selected group of athletes marked the occasion online, with the only emphasis being on athletes who were posting about new training rather than about new sponsors (corporate sponsors being more characteristic of European skiers than their impoverished American counterparts): 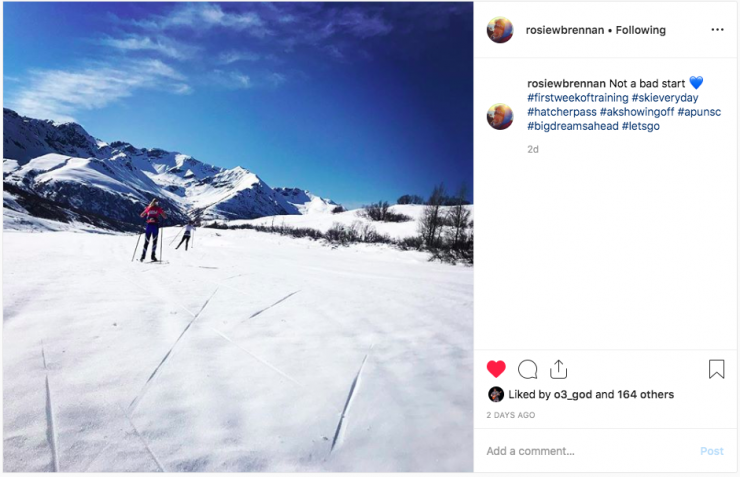 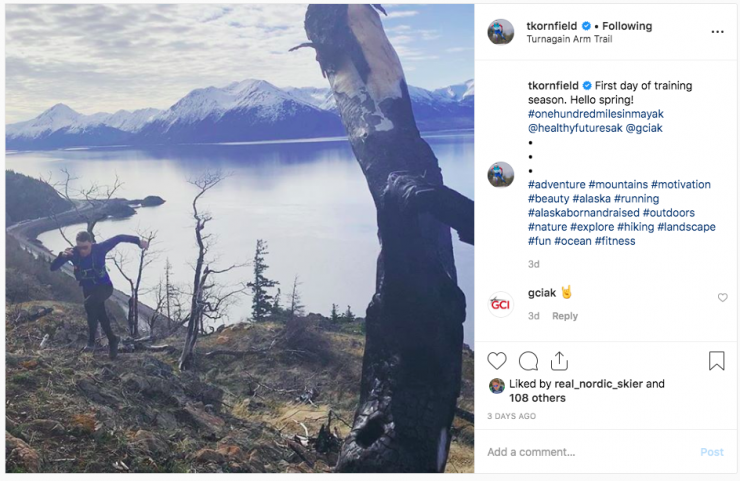 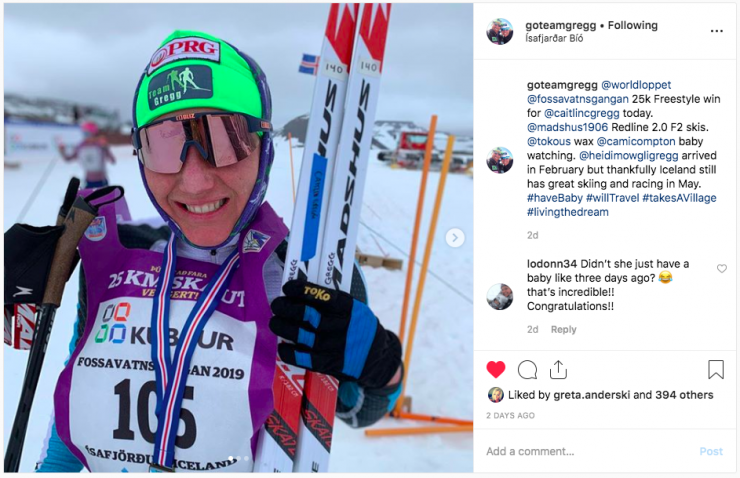 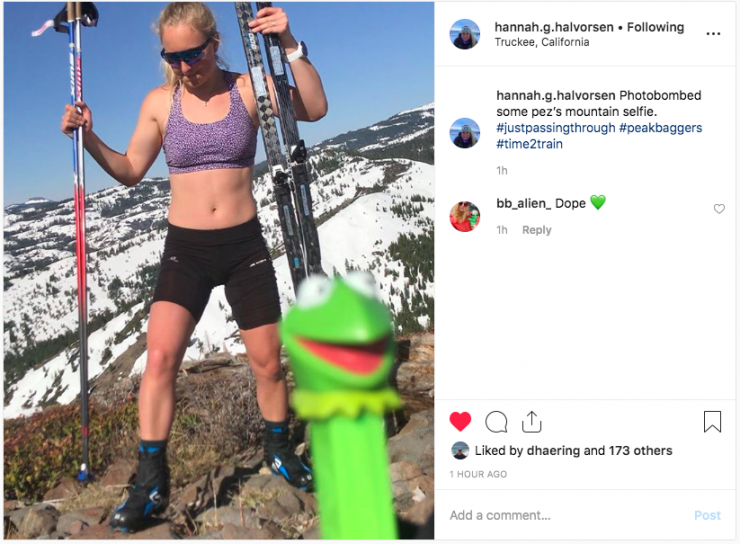 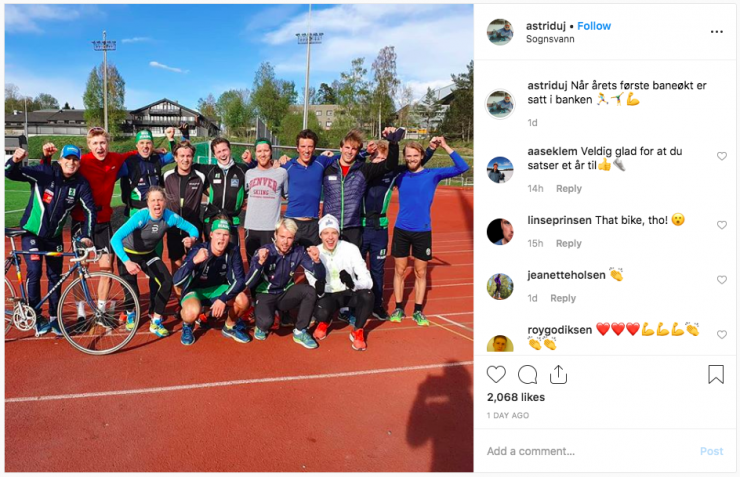 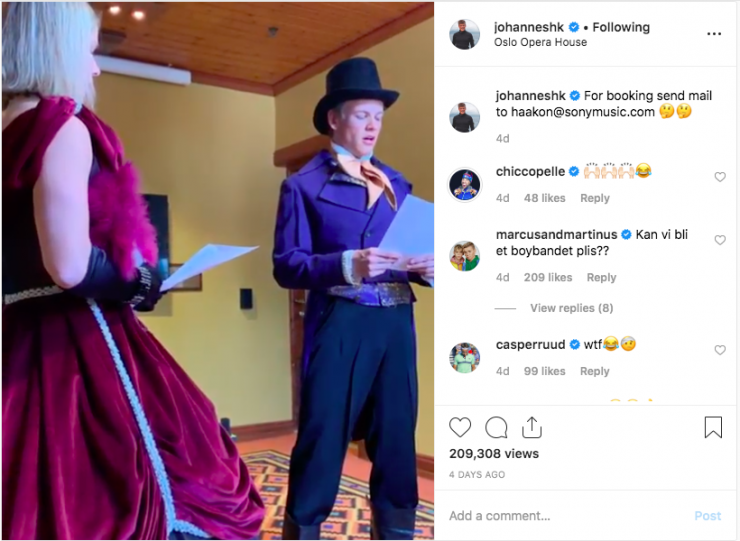 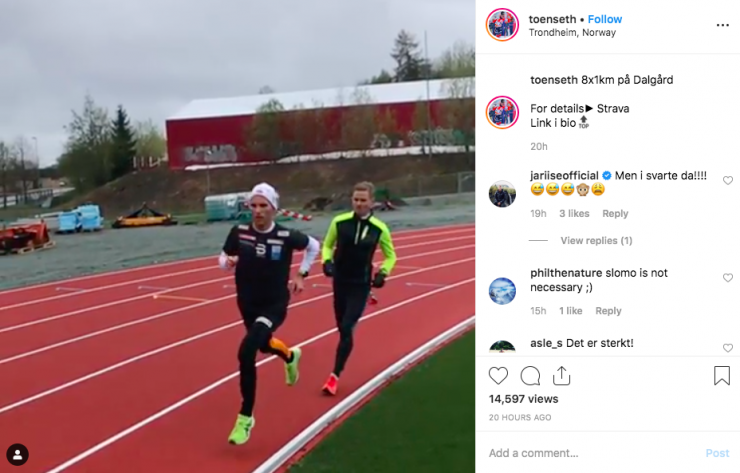 … and last but not least: 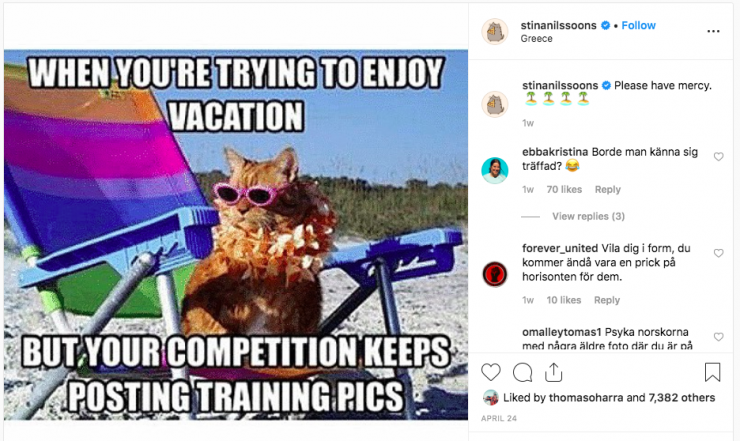