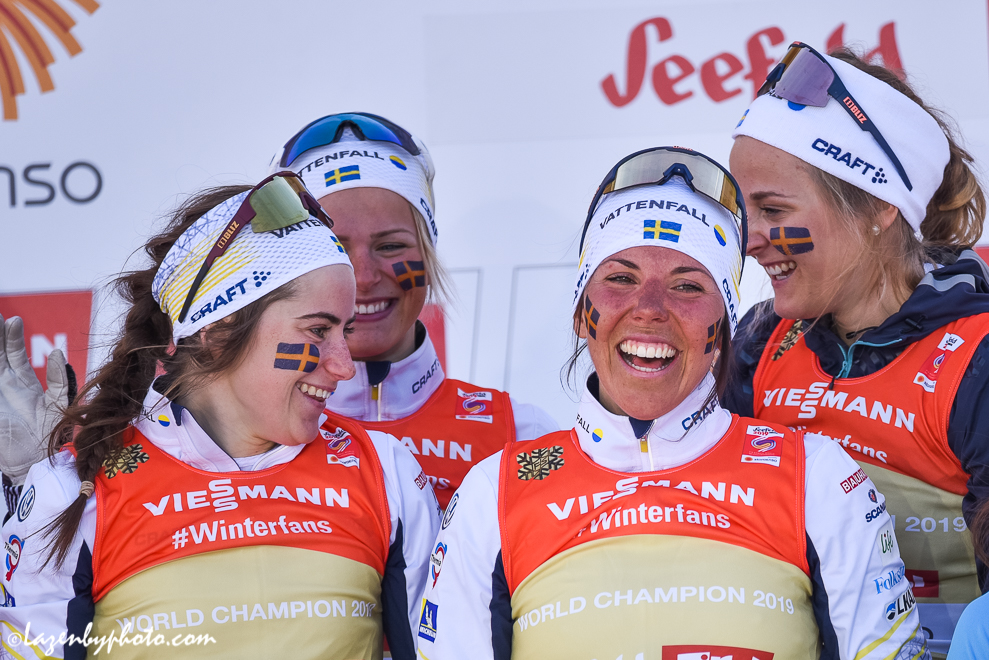 The race pack held together until the 3.5-kilometer mark of the scramble leg during the women’s World Championship 4 x 5 k relay in Seefeld, Austria. A bit over three seconds separated the top-six teams through the time check.

By the time the third leg began, Sweden and Norway had surged and defined the race as a two team competition for first. That fate began to change as Sweden’s third skier, Charlotte Kalla, surged to a 18.8 second lead over Norway as she tagged to the team’s anchor, Stina Nilsson.

With Norway’s anchor Therese Johaug, it appeared inevitable she would catch Nilsson. The high-turnover Johaug, mouth agape, churned up the hills and did eventually secure the Swede’s draft. But Nilsson’s long-gliding effort in the finish straight gave Sweden the edge and the win. 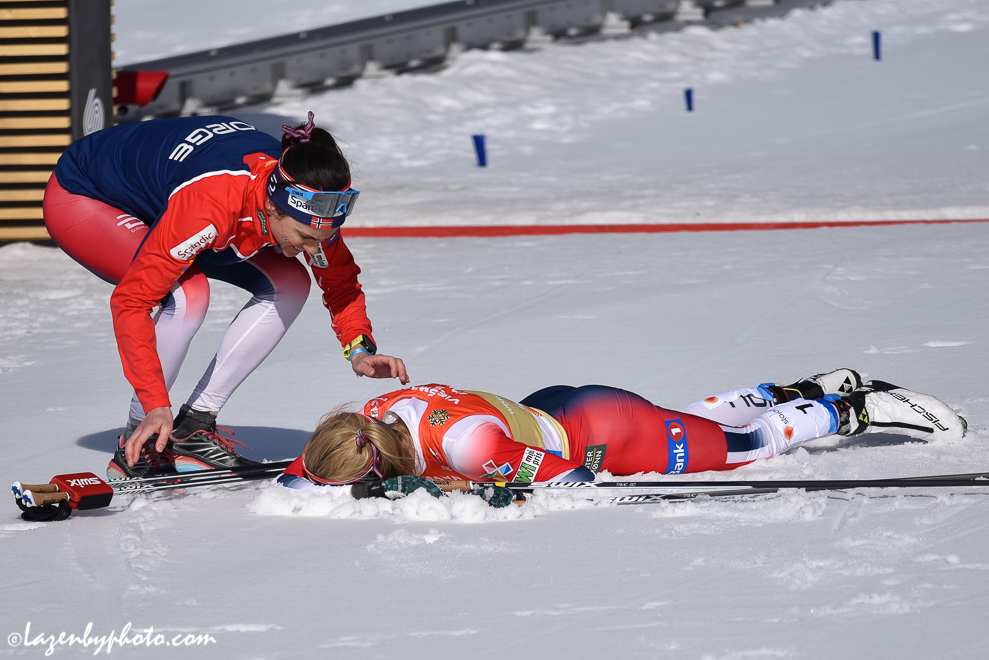