By 2 k into the race, the pair had linked up and ceded no time to the 63 chasers. Klæbo put in a burst of speed over the last hill and carried a several meter gap into the finish straight to win the pursuit in 35:07.5 minutes. Ustiugov placed second (+0.4), with his teammate Alexander Bolshunov third (+1:08.4). 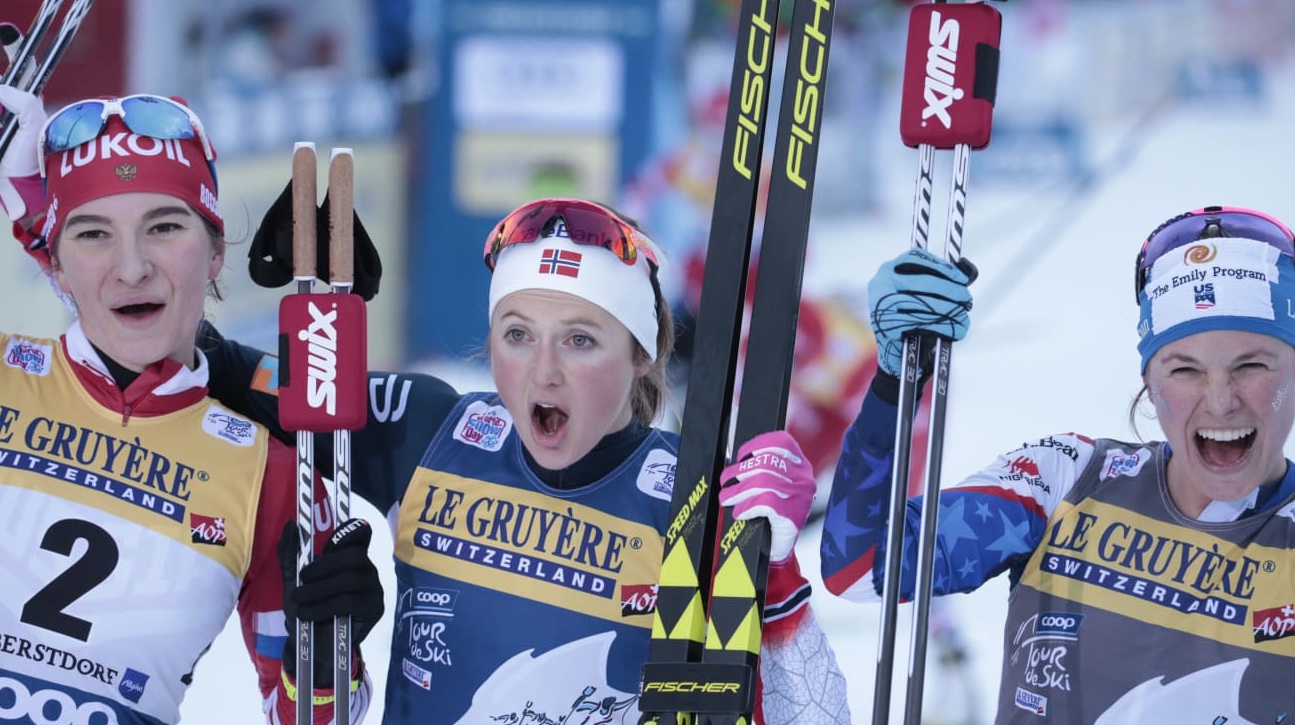 As the leader of the women’s TdS Norway’s Ingvild Flugstad Østberg never looked stressed in today’s 10 k skate pursuit. Østberg left the start with a 24 second lead over Russia’s Natalia Nepryaeva and beat her by 30.4 seconds for the win. Østberg won in a time of 26:21.2 minutes, Nepryaeva placed second, and the U.S. Ski Team’s (USST) Jessie Diggins was third (+1:12.6).

Diggins out-lunged Russia’s Yulia Belorukova across the finish line for a photo finish. Belorukova was 0.1 seconds behind Diggins as she placed fourth.

Diggins raced the fastest time of day on course, skiing the 10 k in 26:07 minutes.

Østberg retains the TdS leader bib, with a 35.4 second lead on second overall Nepryaeva, and a 1:22.6 minute lead on third overall Diggins.

Sadie Bjornsen (USST) placed 11th in today’s pursuit (+4:07.8). Bjornsen is also 11th overall in the TdS standings but will exit after today’s stage to focus on upcoming World Cups.

Today was the first day of racing at the U.S. Cross-Country Ski Championships in Craftsbury, Vermont. The women began with a 10-kilometer classic interval start race.

Julia Kern (SMS-T2) was fourth overall and the third American in 31:33.9 minutes. 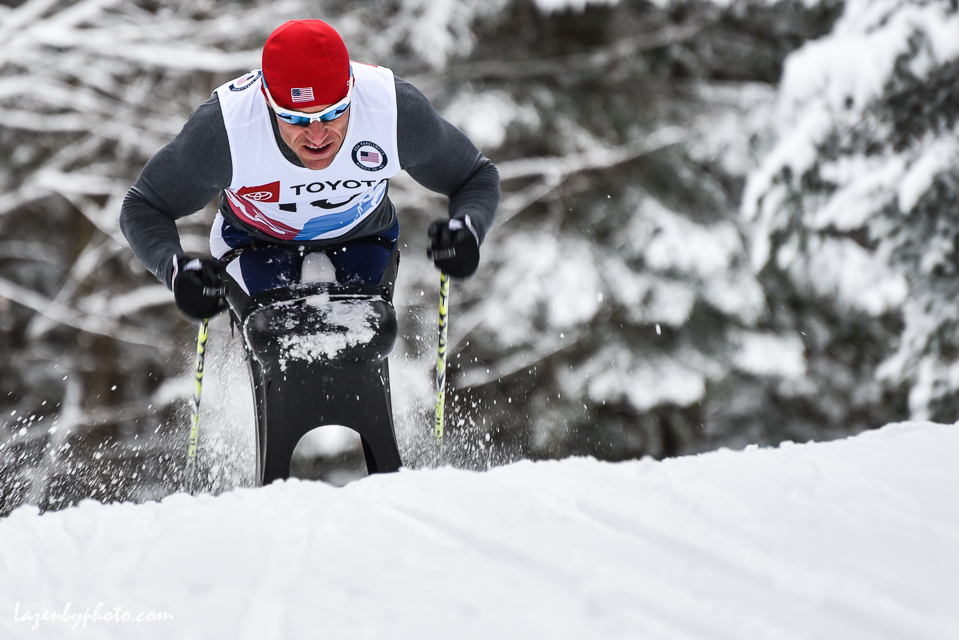 Also at the Craftsbury Outdoor Center on Thursday, the middle distance race was held for the first event at the Paralympic Nordic Nationals. Dan Cnossen won the race in 25:09.9 minutes. Cnossen is based outside of Boston but trains frequently in Craftsbury both as a sit-skier and biathlete.

“It was good, a really good course I thought,” Cnossen told FasterSkier in Craftsbury. “The grooming was good, but the conditions were a bit tough due to the snowfall. I love racing at Craftsbury, I’ve done the majority of my training in the last few years here. I think they undoubtedly put on the best venue. It is nice for me to come here. I am also a New England athlete.”

Asked about his tactics, Cnossen said the overnight snowfall changed his perception of the course.

“The course speed Yesterday during course inspection the conditions were a really fast and I was a little nervous about how it would go today but then with this snowfall it changed things a lot and I am a bit more of a climber and focus on that. Sometimes as sit skiers our poles sink a little deep in the softer snow so I was trying to pole in a light way, but not want to lose the power.” 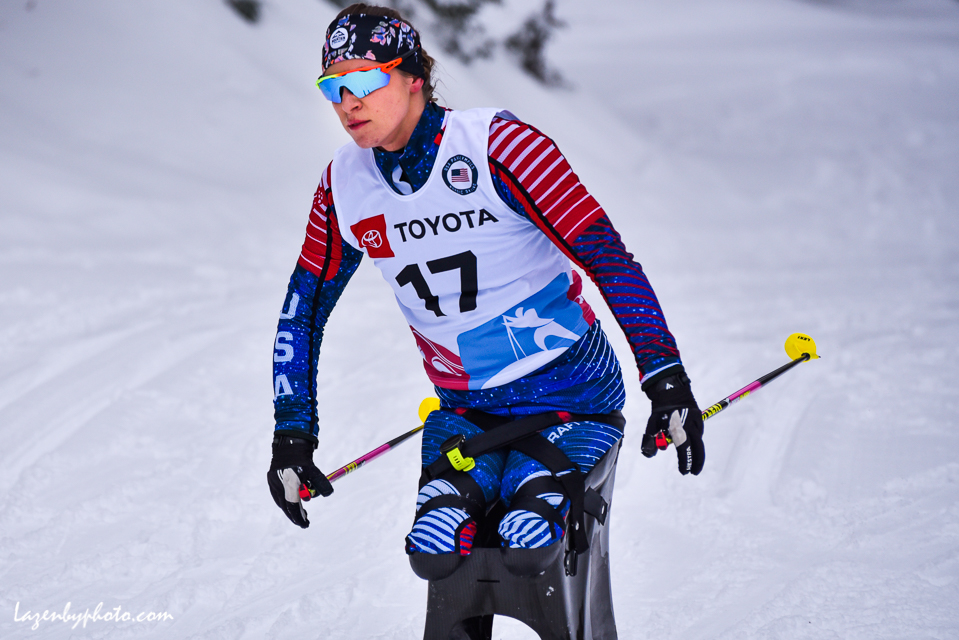 “This was a fun course. …. Yesterday was a lot icier and then today it was definitely a lot softer but it was cool because there was still a lot of technical components which often doesn’t happen in para-sport or para-courses sometimes for nationals,” Masters said. “So that was cool. It had a lot of climbs, a lot of fun downhills.”

Kendall Gretsch was second, and Lyne Marie Bilodeau was third.