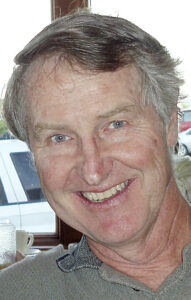 On Friday, September 6th, longtime cross-country ski advocate Tom Kendall of Auburn, Maine passed away. According to the Sun Journal, Kendall died from complications after he fell from a roof he was repairing.

He was a 2015 inductee to the Maine Ski Hall of Fame and led a life committed to enriching the ski community. He began skiing at the age of ten, and participated in both cross-country and alpine racing and skied for Dartmouth. His involvement with skiing led him to become the cross-country assistant chief of protocol at the 1980 Lake Placid Olympics. In 2002, Kendall served as the chief of timing at the 2002 Salt Lake City Olympics.

His work at the local, regional, and national levels of cross-country skiing ran deep.

Peter Graves, a friend, and colleaguge of Kendall’s wrote that the community has lost one its best.

“Tom Kendall exuded kindness and grace in everything he did. Tom came from one of Maine’s most well known skiing families where his passion for skiing began as he was an athlete and continued as he worked in timing, including his stint as Chief of Timekeeping at the Salt Lake Olympics in 2002. He was well liked and his sudden passing reminds us of the goodness and passion in our sport, which he embodied. Tom will be missed greatly.”

Kendall also remained committed to his roots. He returned to Auburn, the town from which he graduated high school, to raise a family. Beyond skiing, Kendall was dedicated to strengthening Auburn’s schools and educational offerings. At the time of his passing, Kendall served as the Auburn School Department’s School Committee Chair.