On Friday in Norway athletes gathered for a double-header day of rollerski races at the Toppidrettsveka festival. First up was a 25-kilometer skate race for both the men and women that concluded with a 1.5 k classic sprint in Aure. Below are the sprint race results. 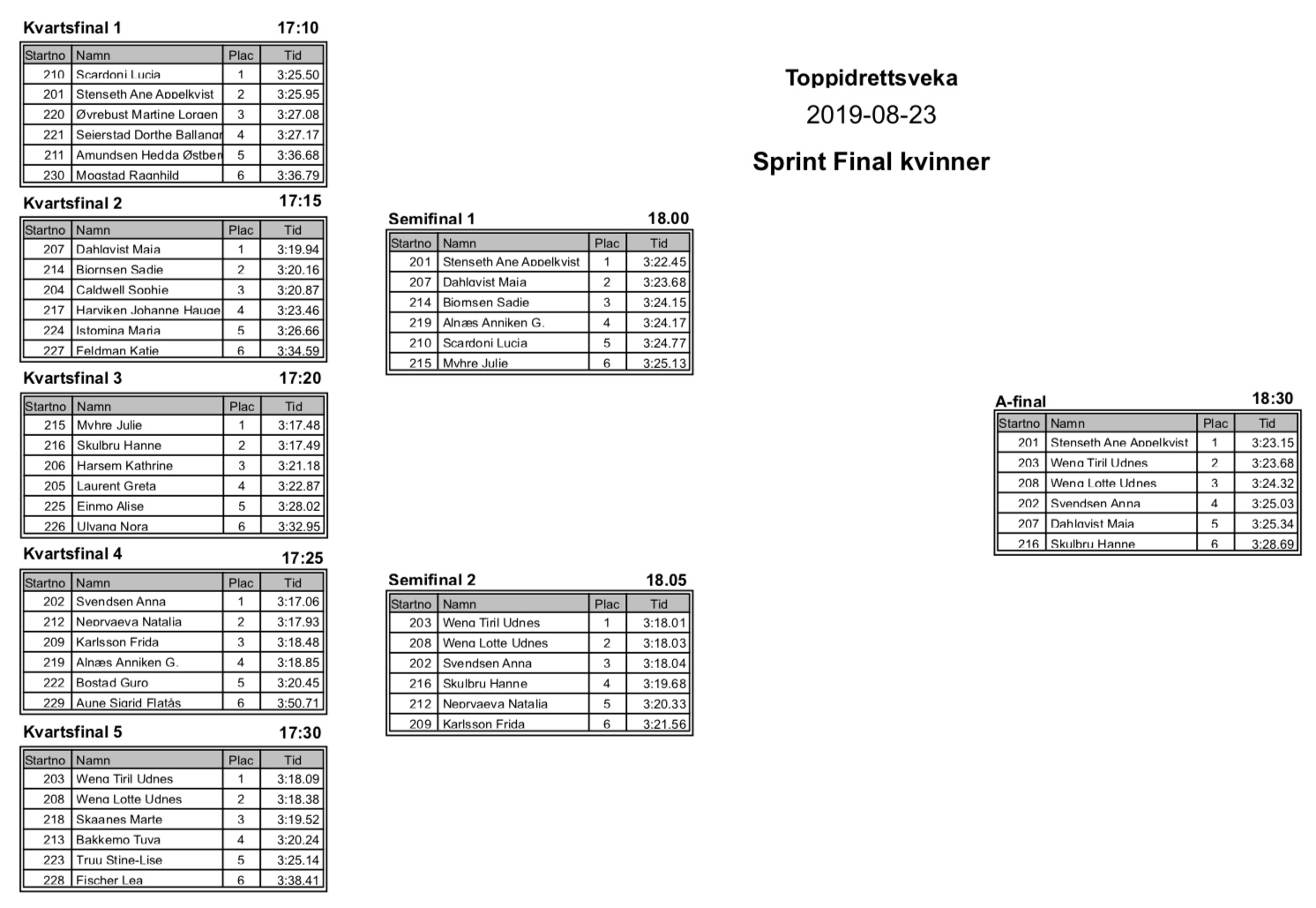 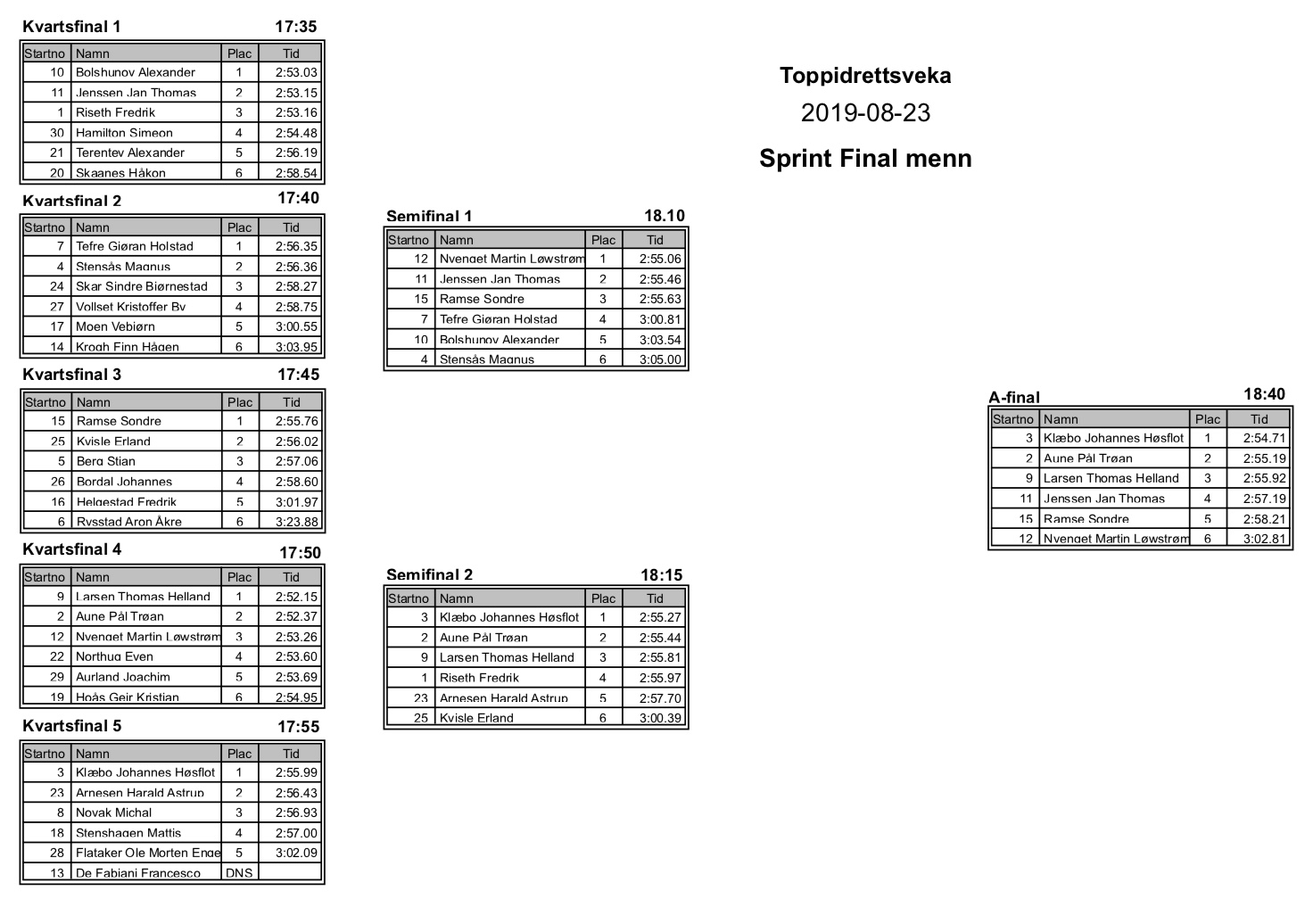 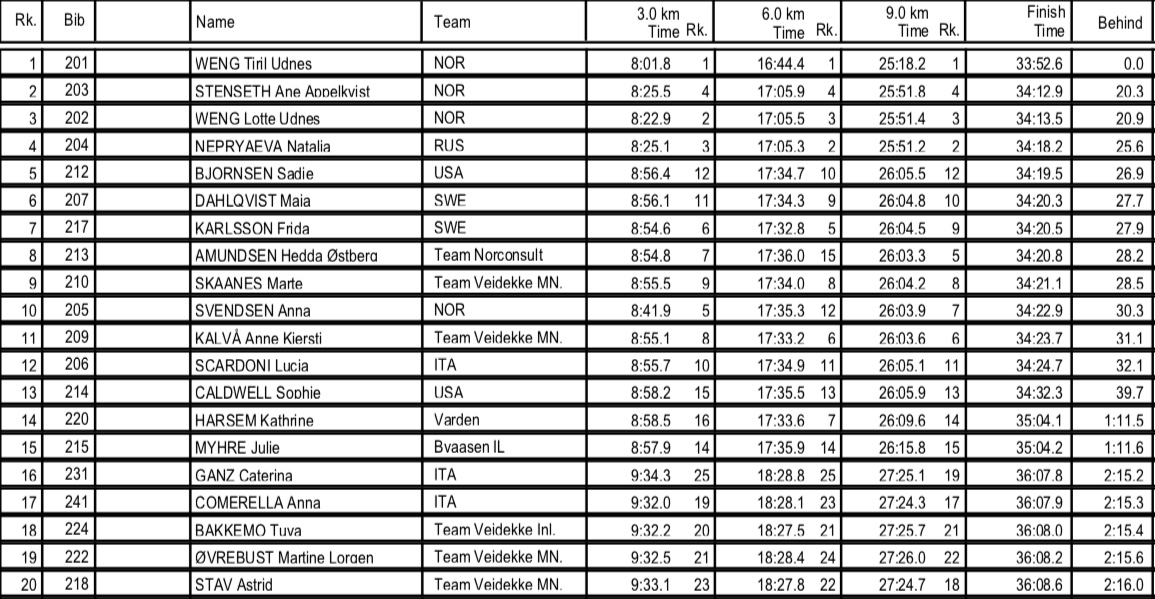 For the women’s winner of the day results, Sweden’s Frida Karlsson had the fastest time of 33:12.5. Bjornsen was second in 33:17.5, while Caldwell had the seventh fastest time of day.

In the winner of the day category, Hamilton posted the fourth fastest time, while Bolger and Bjornsen raced the 11th and 13th fastest times respectively.