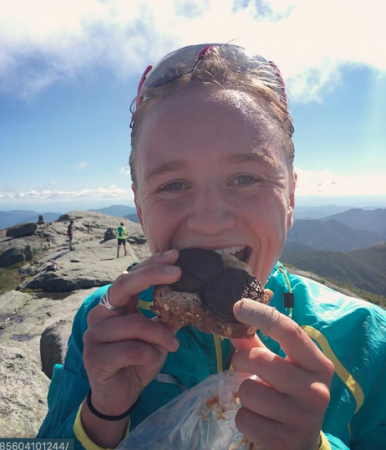 Alayna Sonnesyn refuels with a peanut butter and Newman-O sandwich at the summit of Mt. Marcy during a U.S. Ski Team women’s camp in Lake Placid in July, 2018. (Photo: Screenshot Instagram @asonnesyn)

Trick or Treat! ‘Tis the season of hyperglycemia.

Before balking at the amount of candy that may be lingering in your house over the next few weeks, it might be worth considering mixing it into your stash of bars and gels to be consumed during a long ride, run, or ski. After all, your body relies primarily on carbohydrates for energy during exercise and candy is loaded with simple sugars.

Favorites of the FasterSkier team include Peanut M&M’s, Snickers, Almond Joys and Reese’s Peanut Butter Cups — but not the Reese’s pumpkins which – subjectively – have a flawed ratio of chocolate to peanut butter.

My own foray into opting for candy over gels during long runs and skis was born out of necessity, though guised under the explanation, “they have M&M’s at aid stations at trail ultramarathons, so I’m practicing fueling with what will be available in the race.” In reality, I was a broke recent college graduate trying to make it work in Aspen, CO and a single packet of Gu cost more than a sleeve of six fun sized candies. Six times the calories for less money! Despite now having significantly increased financial stability, candy has remained a constant in my endurance fueling stable.

But wait: if candy is cheaper and more appetizing than energy gels, why does the latter exist? Can I really just down candy with abandon during my workout?

Before you unwrap that peanut butter cup, registered sports dietician and competitive trail runner Kylee VanHorn of FlyNutrition offers a deeper look into the concept.

First, VanHorn explains that there are different transporters for different types of sugars in the gut and too much of one may overload the digestive system, causing gastric upset. Additionally, she explained that fructose is absorbed more slowly than other sugars, which can inhibit the intestine’s ability to pass the sugar into the bloodstream and hinder absorption. 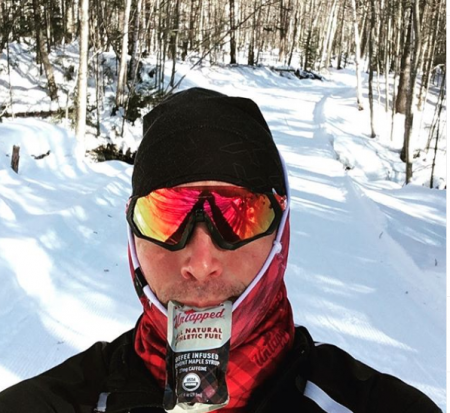 For the sake of comparison, a standard packet of Gu Energy gel contains 100 calories, 22 g of carbohydrate, and 5 g of sugar. Gu’s are fat free and contain no protein. The sugar used is a combination of maltodextrin and fructose, with maltodextrin being the primary source. According to the Gu Energy website, when these two sugars are consumed together, it increases the oxidation rate in the gut. (Oxidation releases energy.)

The nutrition facts on Halloween candy vary by kind, but in general, a fun sized package contains 80 to 110 calories and are primarily made up of sucrose (table sugar) and corn syrup, which is made up of glucose and fructose.

VanHorn explained that the simple sugars in candy can certainly fuel exercise, but recommends considering the intensity of the workout in the decision. Overdistance level 1 sessions get the green light, but proceed with caution during intervals.

“While they may work for low intensity exercise, be careful with chocolate, nuts, and higher fat candy bars on hard efforts. The fat and protein are digested slower and can lead to stomach upset.”

“Candies like Swedish fish and Mike and Ike’s may be tolerated better than candy bars but they may be higher in fructose, which can sometimes cause GI distress,” VanHorn continued.

These candies contain roughly 27 g of carbohydrate and 23 g of sugar with no protein or fat.

“Remember that candy most likely will not contain electrolytes, which are lost in sweat. Be sure to consume electrolytes from a drink mix or other source.”

While most candy does contain some sodium, the values are less than the 60 mg contained in a Gu. Energy gels also contain potassium, which candy lacks.

Finally, as every athlete is unique, VanHorn reminds skiers to test the waters with eating candy during workouts when the stakes are low.

“As always, practice your fueling before a race. It is not recommended to use candy on race day if you haven’t practiced with it.” 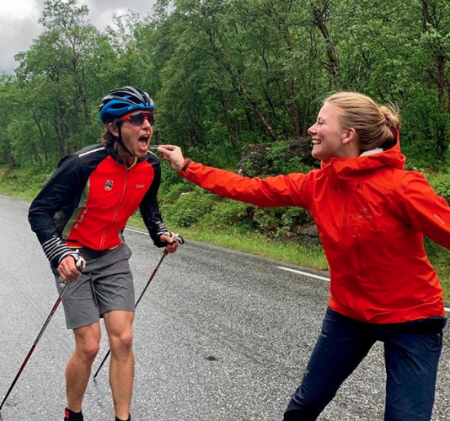 Kylee Van Horn is a registered sports dietitian and owner of FlyNutrition, LLC where she offers nutritional counseling services both in person and online.  Van Horn is an accomplished distance runner who turned to the trails after running a 2:49 marathon. You can find her competing in trail races, skinning up the resorts, adventuring in the mountains, and playing with her Aussie shepherd puppy. Van Horn resides with her husband in Carbondale, CO.