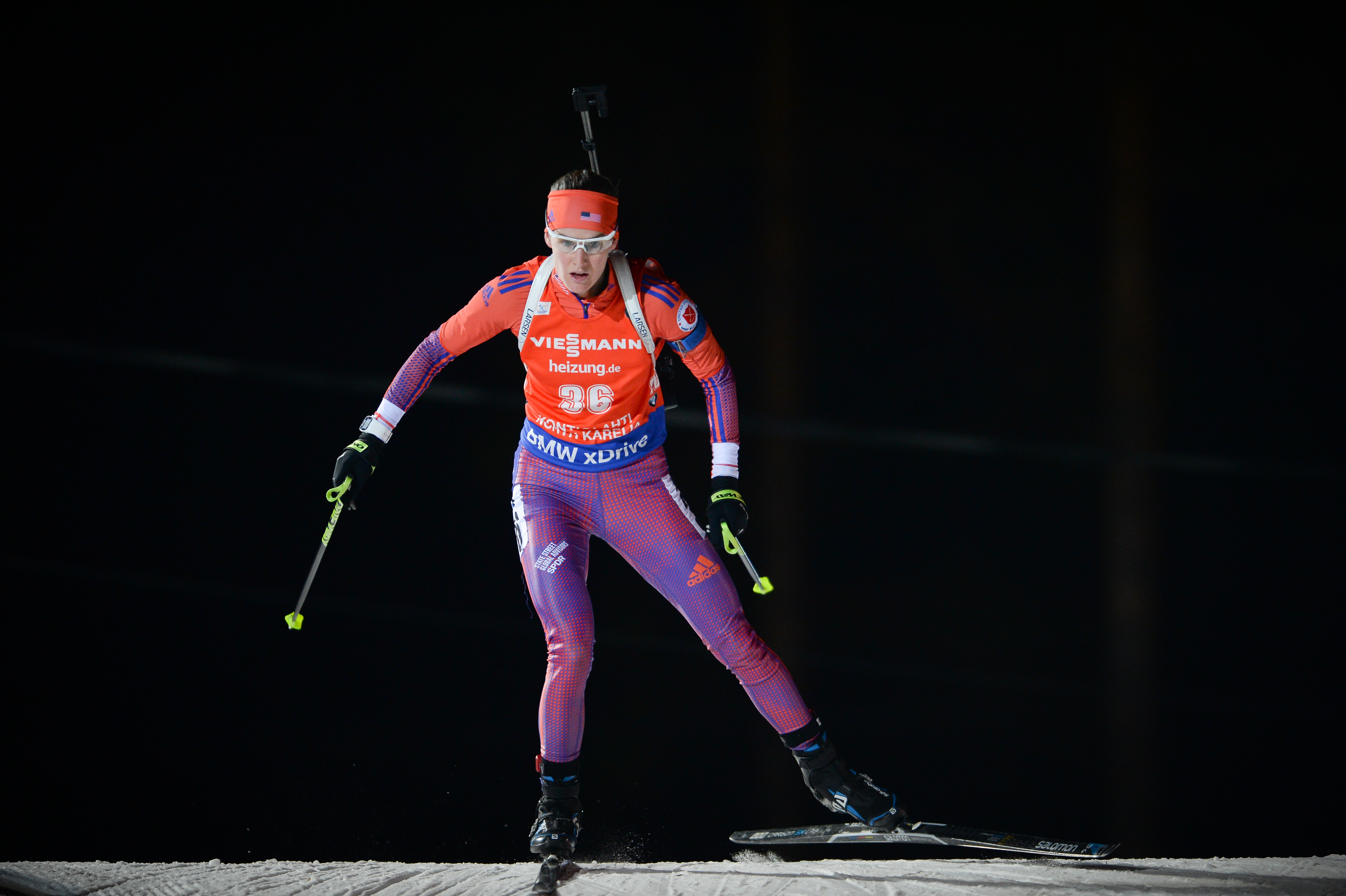 Clare Egan (US Biathlon) racing to 59th on Friday in the women’s 7.5 k sprint at the IBU World Cup in Kontiolahti, Finland. (Photo: USBA/NordicFocus)

Last week U.S. Biathlon’s Rollerski Team trials concluded at Soldier Hollow (SoHo) outside Midway, Utah. Along with the trials this summer in Jericho, Vermont, the SoHo results helped determine any remaining U.S. roster spots for the opening races on the IBU World Cup.

For the women, Susan Dunklee, Clare Egan, and Joanne Reid all pre-qualified based on last season’s results. Emily Dreissigacker was named to the team on Monday. The women’s World Cup team has three start spots per race in Pokljuka. According to Monday’s announcement, coaches will determine which athletes get specific starts at a later date.

After the Pokljuka races, only three U.S. women will travel to Nove Mesto, Czech Republic, the host of this season’s second IBU World Cup .

The fourth biathlete will head to Ridnaun-Val Ridanna, Italy to race the second weekend of IBU Cup on Dec. 10-16. (The IBU Cup’s first weekend of racing will take place in Idre, Sweden on Nov. 26-Dec. 2).

Leif Nordgren and Sean Doherty both pre-qualified for the men’s opening World Cup races. The men’s side has four start spots in Pokljuka. Along with Nordgren and Doherty, Paul Schommer and Travis Cooper have been named to the first World Cup team roster.

Cooper’s path to Pokljuka will include a stop at the IBU Cup races in Idre. According to U.S. Biathlon, Cooper must first race in Sweden in order to earn his qualification for the IBU World Cup. Max Durtschi will travel to Pokljuka as a reserve athlete.

The SoHo and Jericho rollerski trials also served as a springboard to the second series of IBU Cups in Ridnaun-Val Ridanna, Italy. Hallie Grossman, Deedra Irwin, and Kelsey Dickinson were named as U.S. athletes for those races. They will be joined by one member of the women’s IBU World Cup team racing in Pokljuka.

The men also have four start spots at the second IBU Cup. Durtschi, Alex Howe, Jake Brown, and Vasek Cervenka have been named to the team for the Ridnaun-Val Ridanna, Italy competitions.

Below is the schedule for the first two IBU World Cup and IBU Cup races. 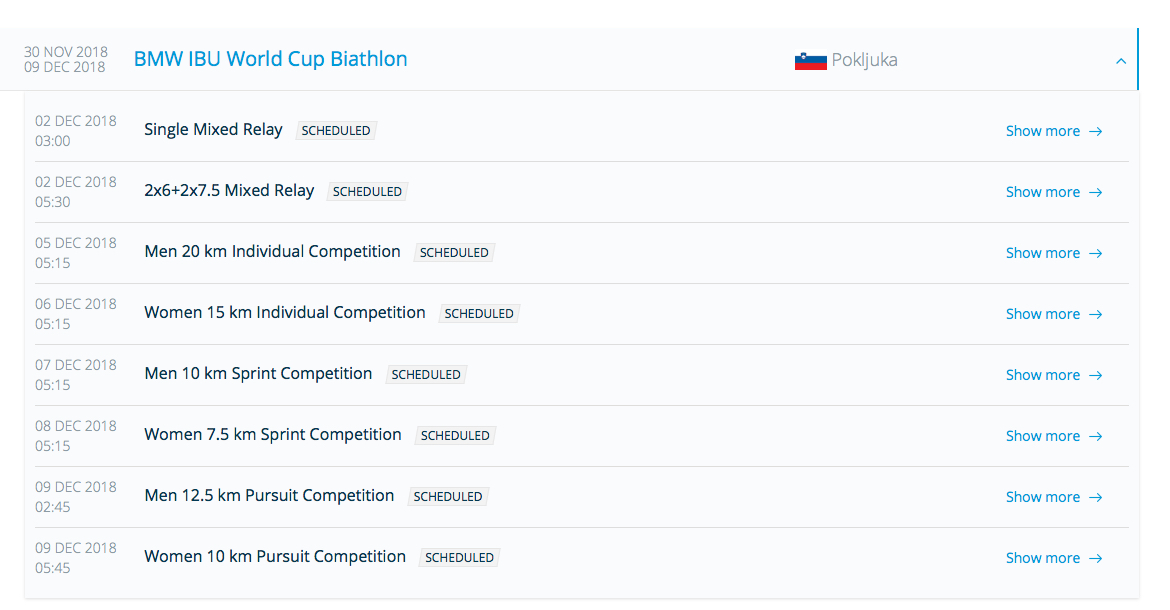 Schedule for the first IBU World Cup in Pokljuka, Slovenia.