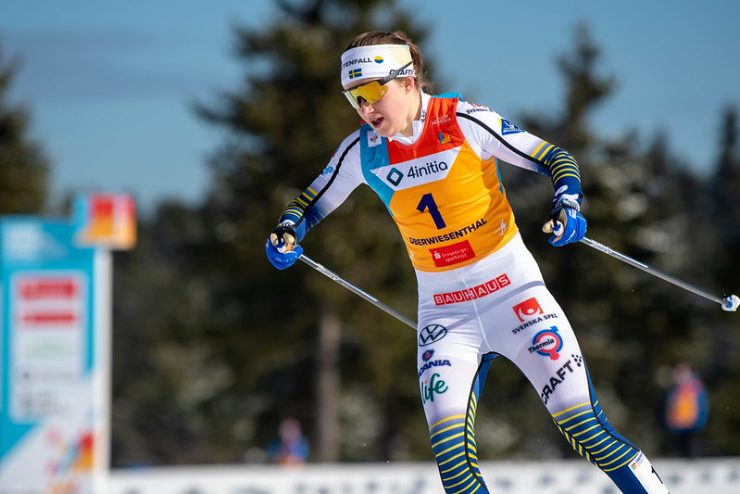 Ebba Andersson of Sweden in bib 1 and placing first at the U23 World’s 15 k skate. (Photo: Doug Stephen)

Sweden-Sweden-Sweden: Ebba Andersson, Moa Lundgren, and Emma Ribom went 1-2-3 for the all Sweden podium. If one thing is certain from our race coverage this season, we know Sweden is ready for World Cup podiums now. The U23 sweep in Oberwiesenthal, Germany at these U23 World Championships likely means more to come. Andersson crossed the finish line alone in 35:44.4. Lundgren came across 37.1 seconds back, Ribom 45.2 seconds behind. 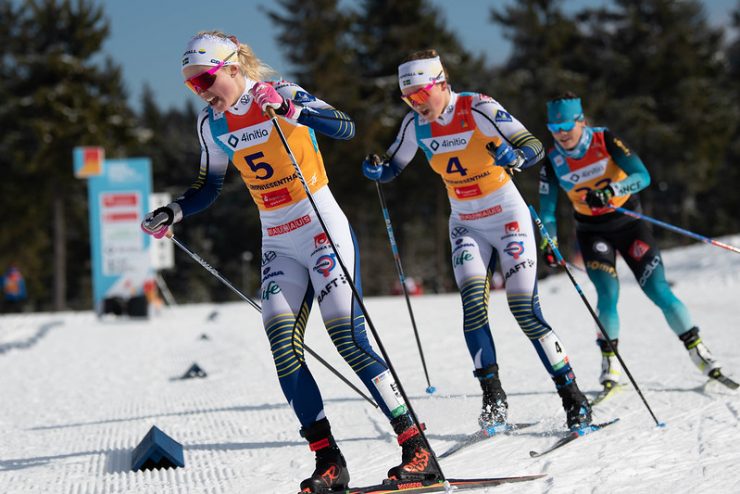 In bib 5 Emma Ribom, and bib 4, Moa Lundgren, both of Sweden, during the 15 k mass start. (Photo: Doug Stephen)

For Andersson, a World Cup regular, this was her second win of these Championships – she won the 15 k classic on Tuesday. One third through the race, at 5 k, Adersson had stamped her authority on the masses, and has pulled away solo with a 11 second gap. That expanded to 17.5 seconds at 7.5 k, with the eventual doubling of that time-spread by the finish. 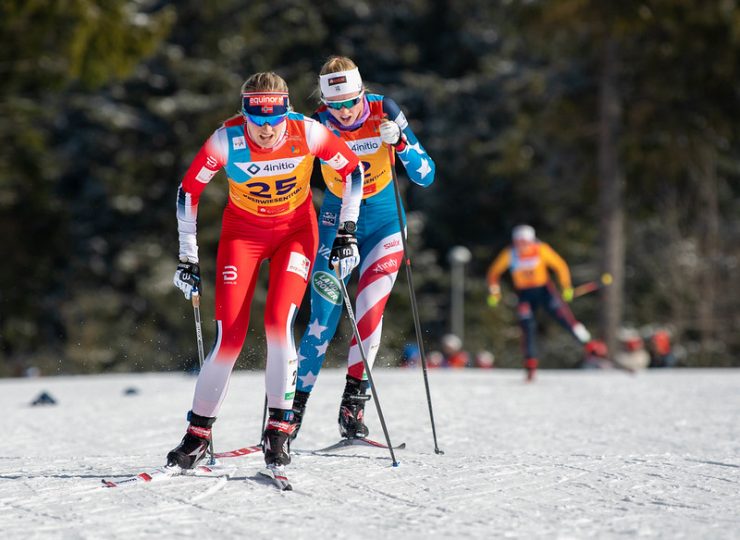 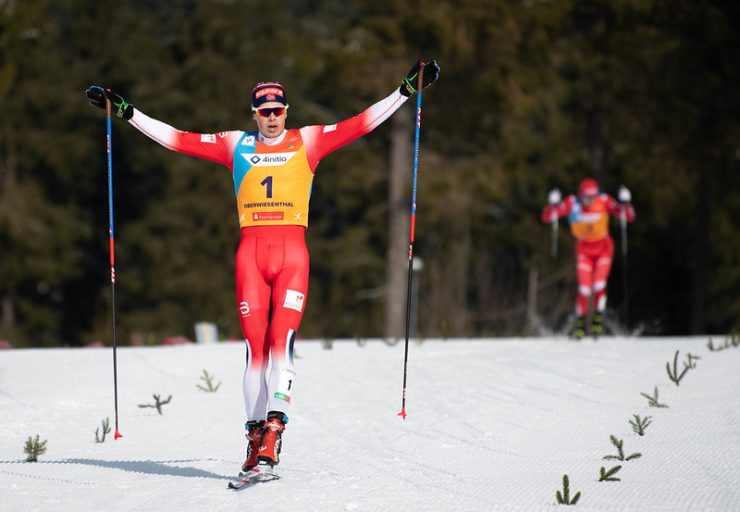 Amundsen and Ardashev flip-flopped their results from Tuesday’s 15 k classic in which the Russian bested the Norwegian by over a minute. 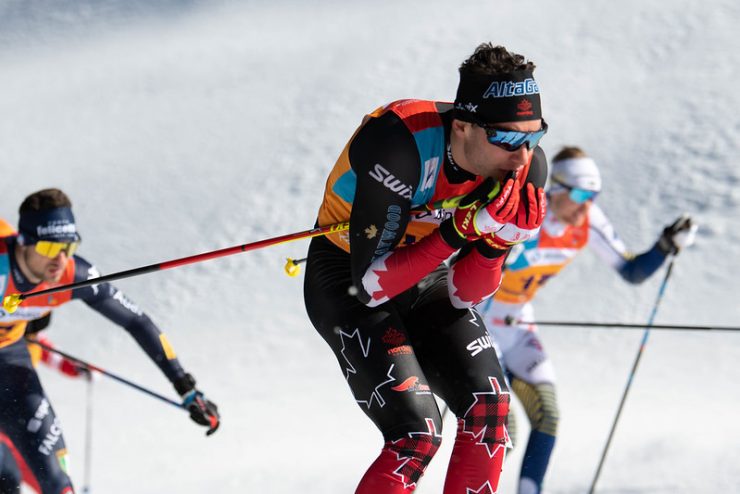 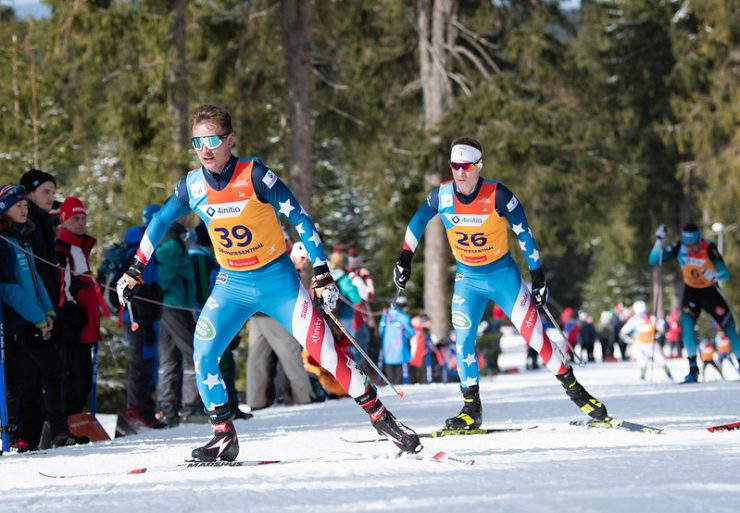 The U23’s conclude their racing with a 4 x 5 k mixed relay on Saturday.