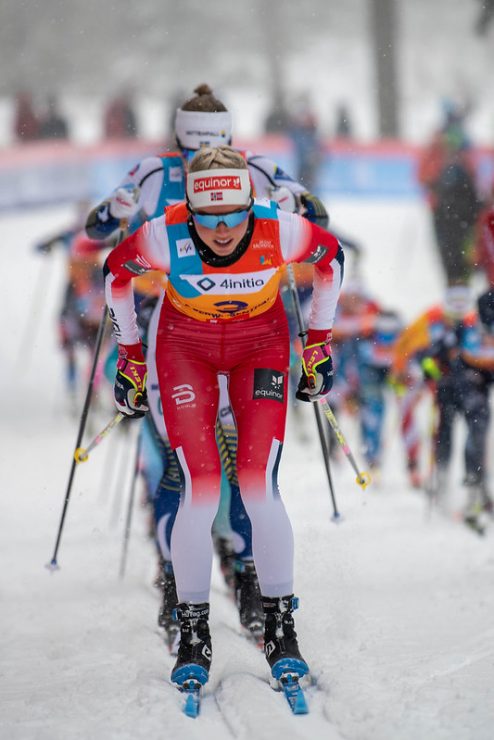 Norway’s Marte Mæhlum Johansen of Norway at the start of the U23 4 x 5 k relay. (Photo: Doug Stephen) 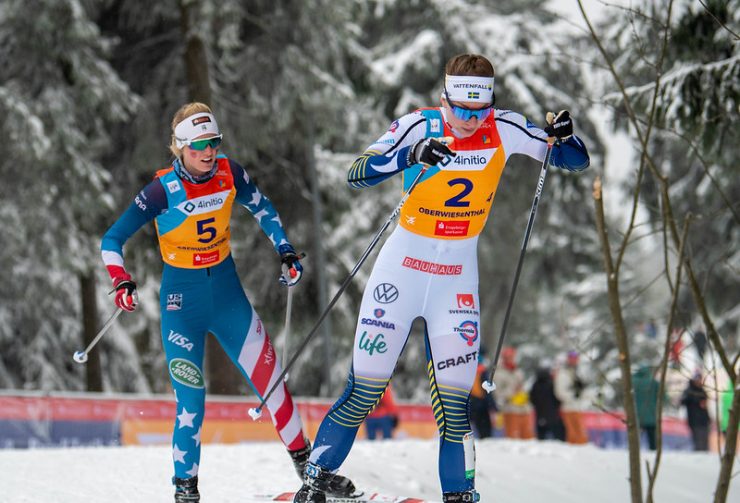