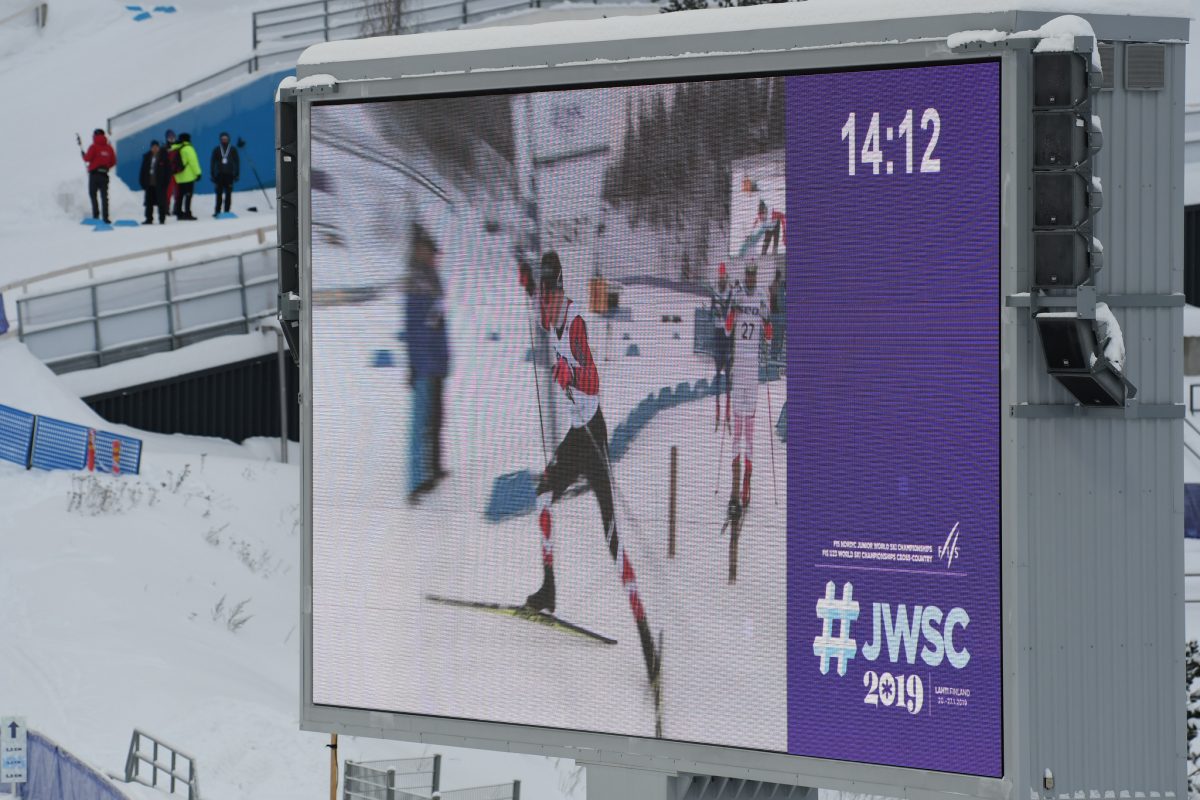 Four U.S. skiers began the U23 women’s 10 k skate individual start at the 2019 U23 World Ski Championships in Lahti, Finland on Wednesday, all four finished in the top-30 after Russia’s Mariya Istomina claimed the win in 25:57.3 minutes.

Fnland’s Evelina Pippo was second (+2.0), and Norway’s Tiril Udnes Weng third (+29.6). Istomina and Pippo are scheduled to compete at this weekend’s Ulricehamn, Sweden World Cup and have concluded their competition schedules at U23 Worlds.

The best placed North American was U.S. athlete Julia Kern who placed 12th (+1:21.9). In Kern’s fifth trip to World Juniors and her second as a U23, Wednesday’s 12th place was a career best individual Junior/U23 World’s distance result.

“The 5km course is pretty tough here, with some steep climbs and longer climbs,” Kern emailed about her 10 k skate experience. “It was constant work out there with little rest. I went out hard because the only way to do well at this competitive level is racing is start hot and keep that pace. I was happy to lay down a better performance than Monday and achieve my goal of a top 12 result today. I am really stoked for Lina for having such an awesome race today, it was so fun to watch her on the big screen before I started!”
The next scheduled race for the U23 women is a 15 k classic mass start race on Jan. 25.
“I am really excited for the 15km classic mass start on Friday, I love mass starts, especially when they are classic. I think our team has a good shot of putting down strong races!”

“The race was fun, it was a lot warmer today than it has been the past couple race days which was nice,” Sutro emailed. “It was a tough race with a lot of short and steep hills. The course wasn’t very technical but you really had to work over the top and ski the downhills efficiently. The legs were definitely feeling it the most for me. It was super inspiring to be racing with all these fast ladies!”