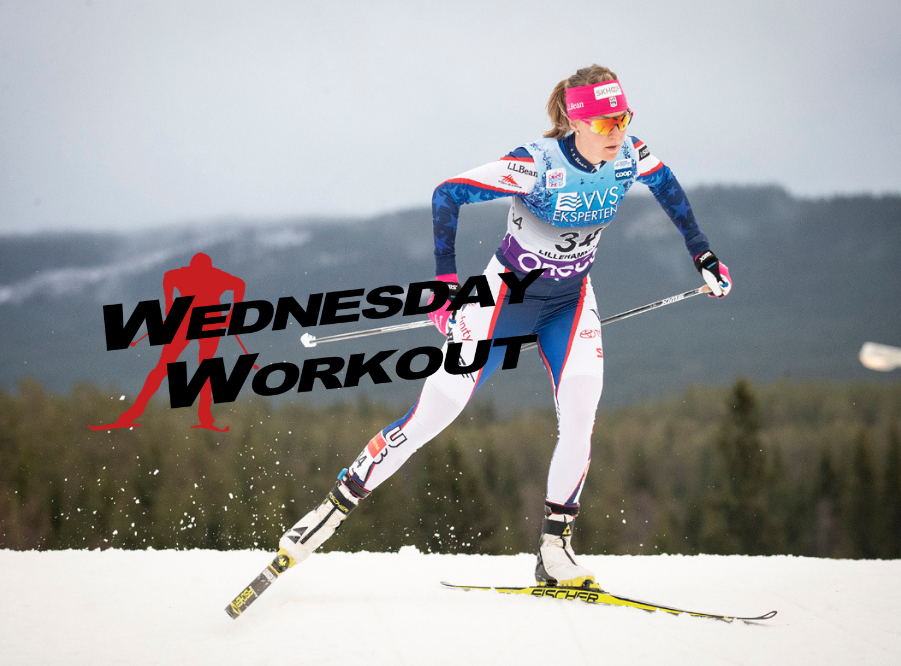 We hear a lot about the details of a cross-country ski racer’s day on race day, but what about those four or five days in between? What do World Cup racers do then, in the middle of the week? FasterSkier Norwegian contributor Aleks Tangen ventured to Lillehammer back in late November 2016 to find out.

LILLEHAMMER, Norway — FasterSkier spoke with Bjornsen, Jessie Diggins, Andy Newell and U.S. Ski Team Coach Matt Whitcomb to see how they prepared for Lillehammer and in particular, the mini tour. Back in 2016, the three-day series consisted of a classic sprint on Friday, 5- and 10-kilometer freestyle races on Saturday and 10/15 k classic pursuits on Sunday.

Whitcomb explained that on Wednesdays, in this case, two days before a race, it’s common for the athletes to do 90 to 120 minutes of light skiing in the morning and a strength session in the afternoon.

“Some might do an easy jog instead,” Whitcomb said. “On a normal week, our strength session falls on a Wednesday. That gives us two full days of recovery before the races. Usually, this is also our intensity day and we like doing strength in the afternoon of those. However, in an instance such as this one, where we’re going from a World Cup weekend into a mini tour, we have limited time to recover and for most of our team that means that they will have to pass on mid-week interval session in place for something speed-oriented.”

On Wednesdays, in this case two days before a race, it’s common for [U.S. Ski Team] athletes to do 90 to 120 minutes of light skiing in the morning and a strength session in afternoon.

Bjornsen, who placed 17th in the 2016 Ruka 10 k classic, did just that. She said this week that she thinks it’s possible to improve upon that performance and that she is looking for more.

“Two weeks ago, I was not even sure that I was going to be here…,” she said, referring to bone spurs in her feet that impeded her World Cup lead-up. “Each time I ski, it’s going to become more familiar and hopefully better.”

This week, Bjornsen opted for a distance ski with some speed.

“I find it really special that we can ski on the non-race courses, because we’re always dealing with the lack of snow and then we’re left with a 3.5 k, exceptionally hard, groomed course,” she explained. “It’s something that can contribute to built up fatigue.”

She also did speed work on the course to familiarize herself with the transitions and plan where to change gears. 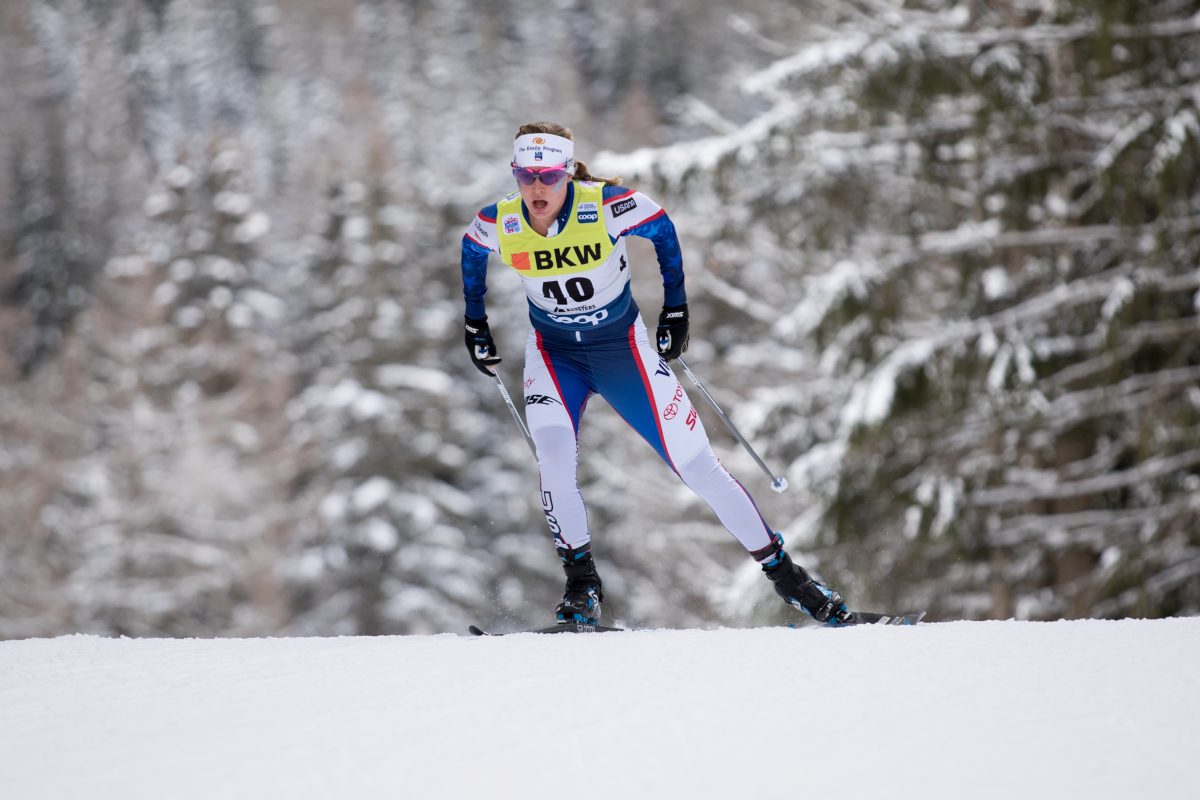 Her teammate Diggins chose a similar kind of workout on the trail leading to Sjusjøen, for 90 minutes of easy skiing.

Asked on Wednesday what goes through her mind during a training session two days before a race, Diggins said it doesn’t have much to do with the race itself.

“I don’t think about the race really, I just try to stay relaxed and do what I’m supposed to do,” she said. “In the middle of two race weekends, you want to stay relaxed, but also improve your conditioning, so I did five minutes at L3 [Level 3 intensity] and 4 x 4 [minutes] at low level on Tuesday in order to have time to recover from traveling and in time for the race.”

In terms of how she balances recovery and improves conditioning at the same time, she said, “That’s a good question. I think it’s really about listening to your body and paying attention to the signals it’s sending you. If you don’t feel good in the morning then maybe you should take it easy and vice versa. And you should always communicate with your coaches, but I really think that first and foremost, it’s important to pay attention to your mind before schedule.”

Diggins said her schedule amounts to roughly 750 training hours a year, but she warned against looking too far into those numbers.

“I don’t like to think about the numbers, really, I feel like that’s not the right thing to do,” she said. “It’s what you do in those hours that matter. It’s more about quality than quantity, and I feel like focusing on the numbers sends the wrong message to for example young athletes.”

Asked what she would say to young athletes considering increasing their volume, Diggins said they should be “very careful about increasing hours. Don’t just throw on hours for the sake of more, think about what the hours contains and go from there.”

According to Whitcomb, Diggins “is in a great state of fitness. … She’s just a really hard worker who does what she needs to do during workouts. She has also gotten to a point where she absorbs her training really well,” he explained. 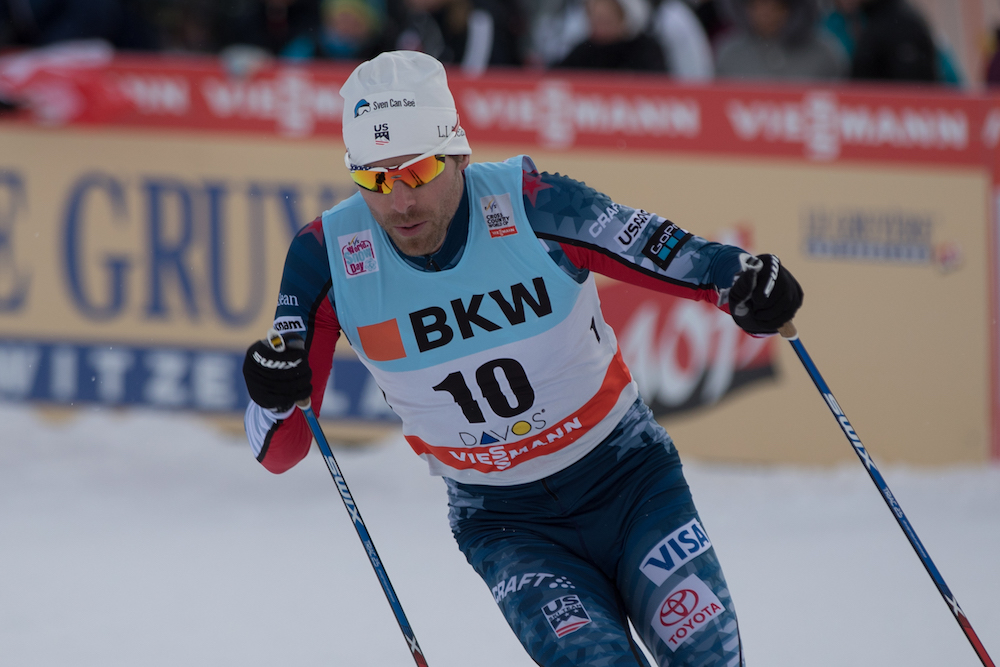 Newell met with FasterSkier on the Thursday before the race to talk about his preparations. Normally he would do some form of threshold training “like 3 x 8 minutes and some shorter speeds, just to get a feel for the track,” but this Wednesday, things didn’t turn out quite the way he had hoped. Newell skipped training to treat a cold that had been brewing since last Thursday.

“I might have gotten sick from traveling” he said.

If he had been training, his race-prep day would have likely included an hour of skiing, with ski testing (maybe four or five pairs) for the first 45 minutes.

“Once I find a good pair, we usually get together as a team and ski the lap, once at 70 percent of max and once at 90 percent.” Newell said of previewing the course.

When asked about how he balances recovery and fitness, Newell’s answer was similar to that of Diggins and Bjornsen. He said it’s about feeling good before the races, and since the races are like hard workouts, what matters in the time in between is to recover well enough in order to feel good when you’re on the starting line.

“Some people come out of, for example, the Tour de Ski super-fit and that’s the kind of magical balance we’re striving for, where we can be in a state of fitness where we can absorb the benefit of the races,” he said. “For me, that means to maintain threshold base and focus on short bursts of speed during the races.”

And how does nutrition factor into this equation, especially considering you’re in a different country every week?

“I normally don’t have any problems with it, the foods really good here and there is so much to choose from,” Newell said. “I might supplement with multivitamin or fish oil, especially in places like Kuusamo.”

Speaking specifically about Lillehammer, Newell said he loves the course, calling it “perfect”, “very challenging but very skiable, unlike Kuusamo, which are not that fun. Lillehammer’s [courses] are very enjoyable.”

This season, Newell explained that his biggest goal is “to stay strong and healthy.”

“I am trying to be careful with the cold I have now. I know I can be among the strongest in the world and I try not to think about place, but instead feeling strong and take one race at the time,” he said.