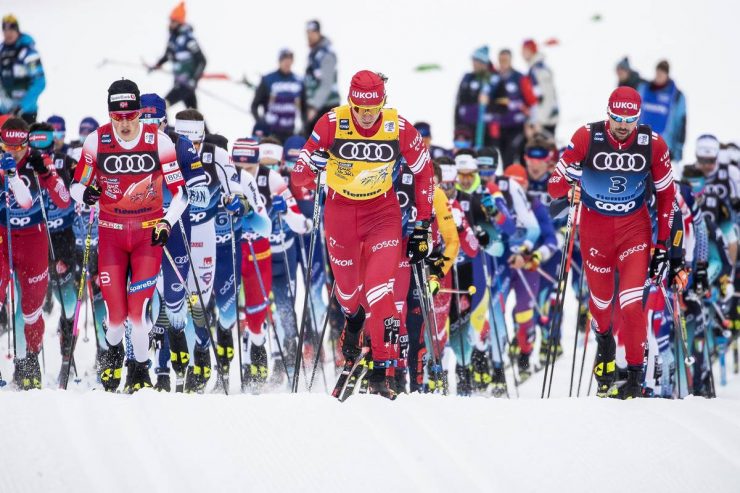 With a mass start format, the three contenders would play chess match skiing with a closing 1.5 k of turbocharged showmanship to determine the day’s winner. In between, as the 62 starters looped around the 2.5 k course which featured three climbs and an equal number of slick descents, the front pack never shattered.

The men’s field remained roughly intact through 7.5 k. With an arbitrary cutoff of five seconds, 25 skiers came through within that time frame. Hans Christer Holund of Norway leading, Sebastian Eisenlauer of Germany in 25th.

One kilometer ahead, at the 8.5 k mark, sat the day’s only time bonus atop a climb — a finite opportunity for some to snag time and decrease a time deficit.

Holund accelerated, awakening the leaders as the time bonus mark closed in. With the front of the field finally getting strung out, and several Norwegians present to steal a bonus spot away from the Russians (they took four of the top five spots through the bonus mark), Klæbo made a move up the inside to grab the first place 15 second prize. Bolshunov came through in fourth for an eight second bonus, Ustiugov in ninth for two seconds. 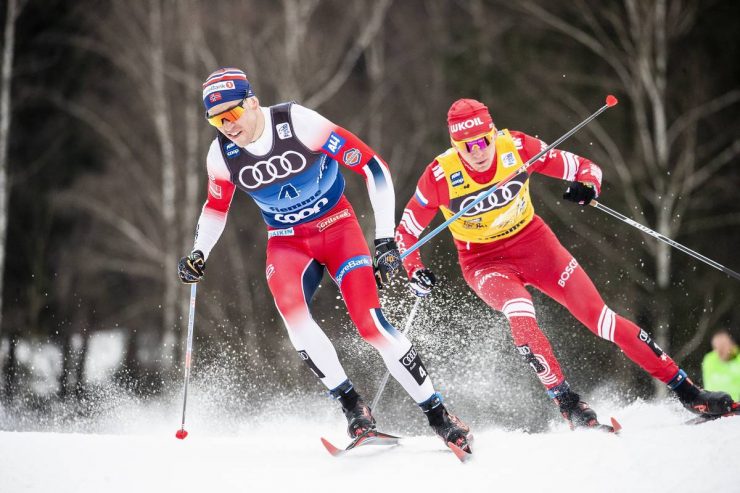 Post time-bonus, the pace backed off. Until roughly 13 k, no skier in the front group made a discernible effort to separate. At 32:10, at the base of a climb, a mass of more than 20 skiers strode up led by Bolshunov in the yellow bib. It remained that way as the bell rang indicating the final lap.

Then the Russian charge began with Ustiugov’s double-pole push-and-punch through 13.9 k. On the course’s tricky descent that arcs left and loops back up for the decisive climb, Ustiugov was that Russian bear again. Unbridled and running, he was matched on the outside by an equally determined Klæbo.

Through the downhill, Klæbo proved to have slightly better glide as he slid past Ustiugov into the straightaway. There Klæbo is king. He won in 39:51.0, with Ustiugov 0.7 seconds back in second place. Bolshunov held tight for third (+1.0).

With the close pack racing and Klæbo’s sharp move for the max time bonus, Bolshunov still leads the overall. However, that lead stands at 16 seconds over Klæbo in second overall. Ustiugov sits in third, 21 seconds back. 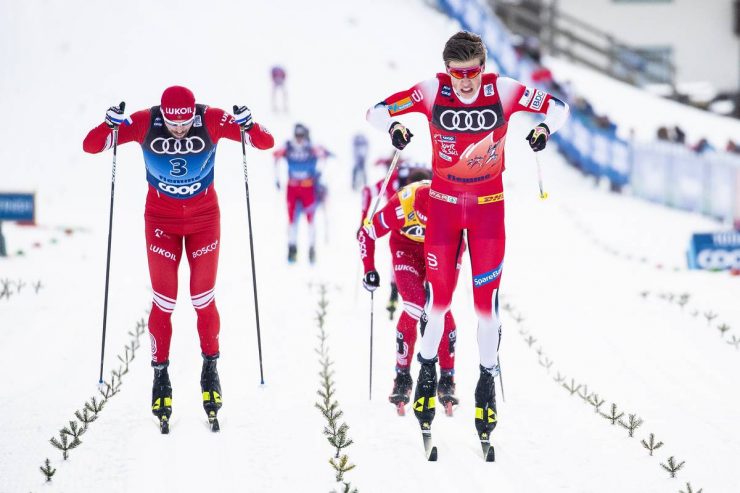 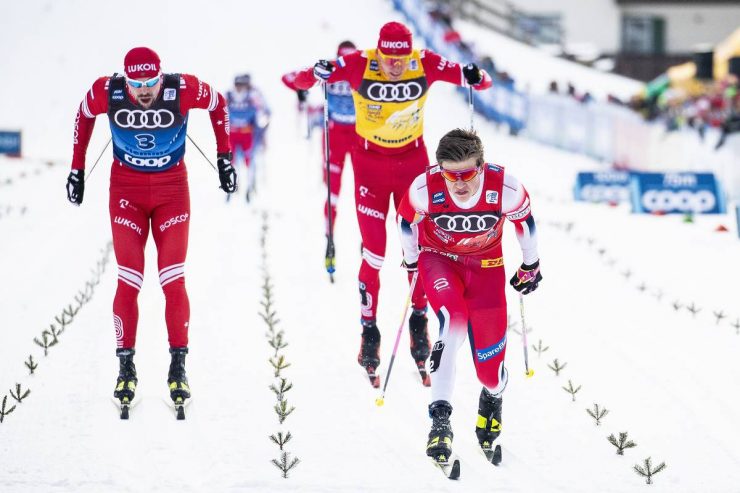 Johannes Høsflot Klæbo (NOR) is a finisher as he takes the Stage 5 TdS win over Sergey Ustiugov (RUS), (l-r). (Photo: NordicFocus)

Two American men remain in the Tour. David Norris placed 38th (+1:41.9) on Stage 5. He tumbled on the second lap, but regained contact with the field. With two stages remaining, Norris is 36th overall. Teammate Logan Hanneman, a sprinter by trade, placed 59th (+4:49.8) on Friday. 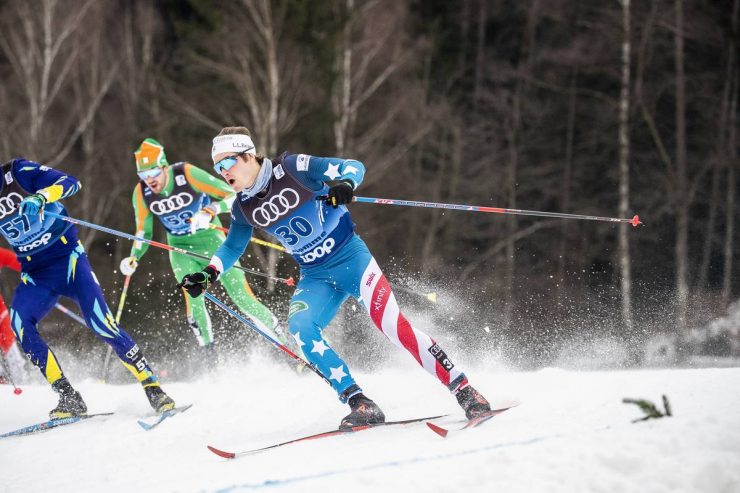 David Norris of the U.S. is 36th overall after Stage 5 of the TdS, a 10 k mass start classic. Photo: NordicFocus)

Tomorrow’s classic sprint remains a decisive day for Klæbo. Classic sprints and Klæbo most often mean one thing: a top step on the podium. And with that top step comes a 60 second time bonus. To stay in touch, Bolshunov and Ustiugov will need to make the six skier final.

Ah, the lovely tension of a close TdS. 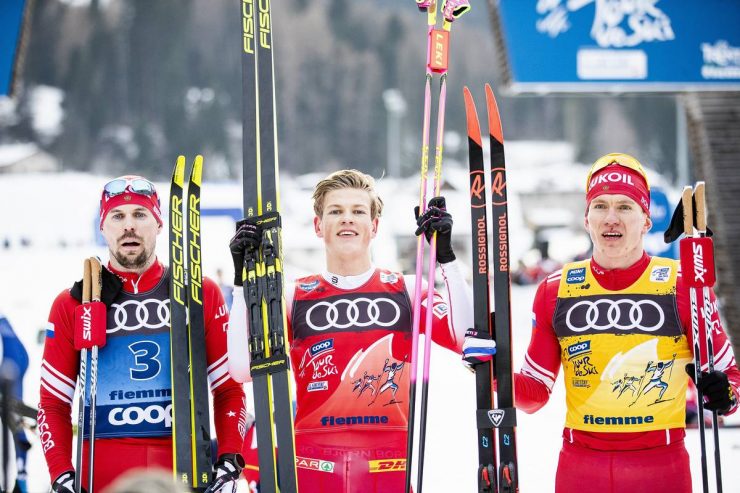