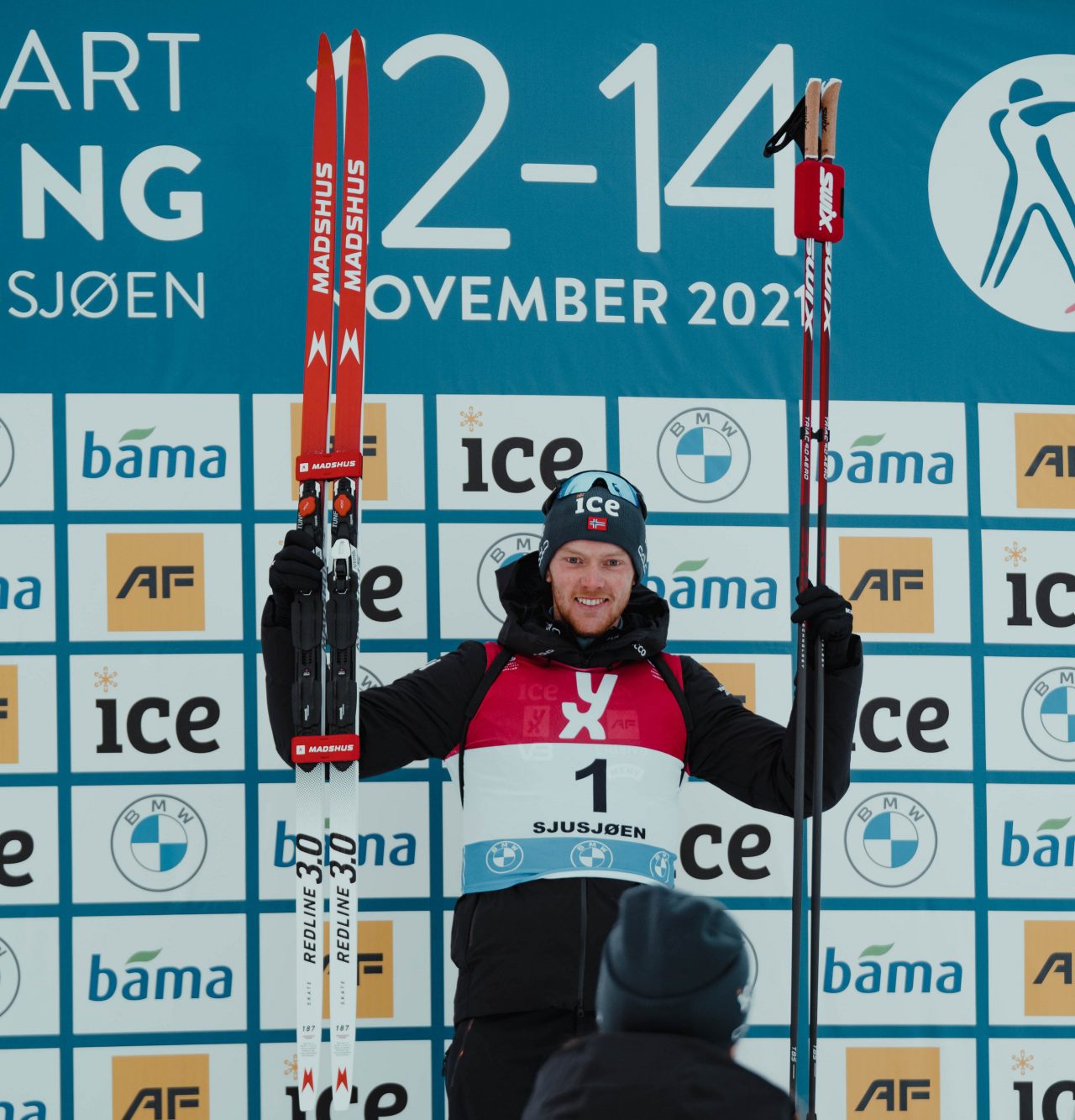 First, Sivert Bakken (NOR) set the standard both at the range and on the course, winning the biathlon season opener at Sjusjøen (NOR) on Saturday by ten seconds.

“What a way to start the season. It was huge for me to win in front of a huge crowd and with such a strong field,” says Bakken, who is thrilled to be back into racing and excited about the season ahead.

On Sunday, Bakken put in a top-10 finish in the mass start, despite two penalty laps.

As a curious side note: Ski Classics cross-country marathon specialist Astrid Øyre Slind posted the fastest skiing time in the women’s sprint on Saturday. Missing only one target the first time at the range, her nerves messed her up for the second shooting, and Slind ended up in 27th place overall with a total of five missed targets.

“I started shooting in March, and I thought it would be interesting to give biathlon a go before the marathon season starts in December,” Slind says after her first ever biathlon competition.

When Krista Pärmäkoski (FIN) stepped up to the start line for the first time this season on Sunday, she won the 10-kilometer skate race on home turf in Muonio.

“I have been waiting all summer to be able to compete again, over all it was a good and balanced performance,” says Pärmäkoski, after winning by 0.9 seconds in her first race of the season, with a start list worthy of a World Cup.

“It felt hard to get going, and it was hard to know how I was because I didn’t get many splits. But on the second lap, I was told it was really close and that I had to really push it all the way to the finish line.”

The 30-year-old Finn is entering her 14th season at the World Cup level and aiming for her fourth Winter Games in February.

Next weekend, both Norway and Sweden kick off their FIS cross-country seasons, in Beitostølen and Bruksvallarna, respectively, both featuring incredibly strong start lists.

Curious about their #SeriouslyFast gear? Check out what’s the big deal with the new Madshus redline 3.0