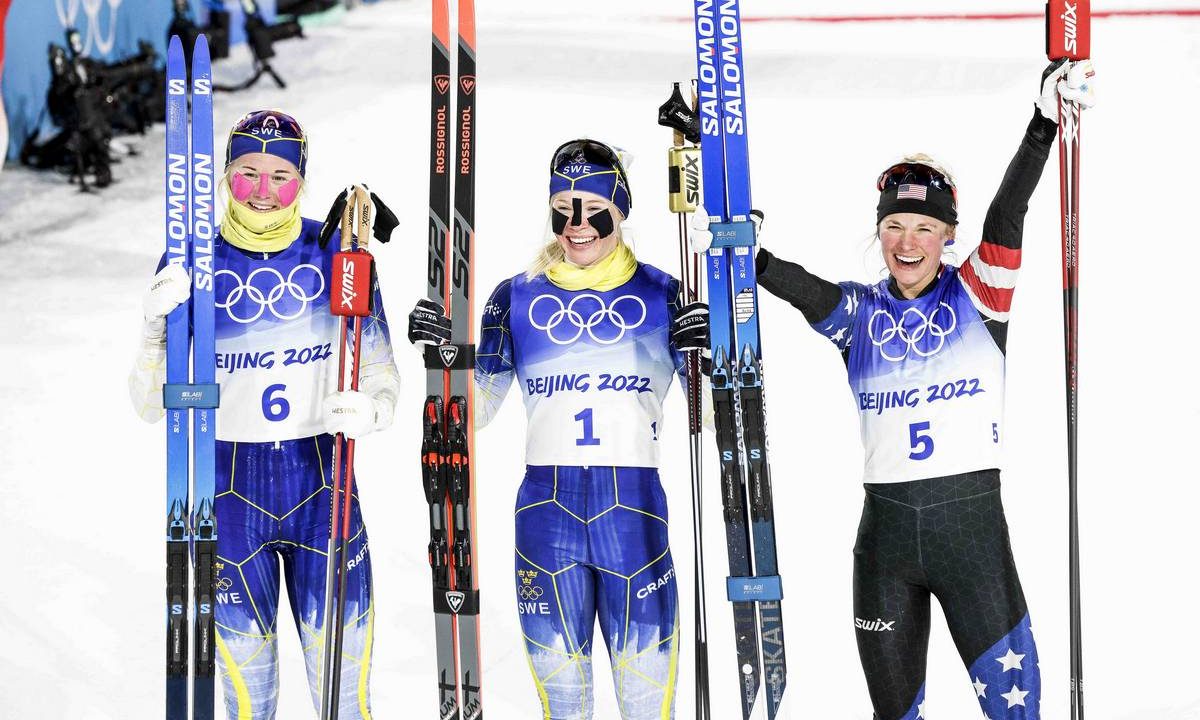 This World Cup coverage is made possible through the generous support of Marty and Kathy Hall and the A Hall Mark of Excellence Award.  To learn more about A Hall Mark of Excellence Award or to learn how you can support FasterSkier’s coverage please contact info@fasterskier.com. The History: A survey of the last five Olympic cycles shows a clear trend in American women’s sprint results: upward. In the 2002 Games in Salt Lake City, no Americans...

Four U.S. women made the heats, Ida Sargent had one of her best freestyle sprints of the season in her first Olympic race, and Jessie Diggins tallied the second-best American result in 13th after Sophie Caldwell — who made U.S. women’s Olympic history in sixth in Tuesday’s sprint.