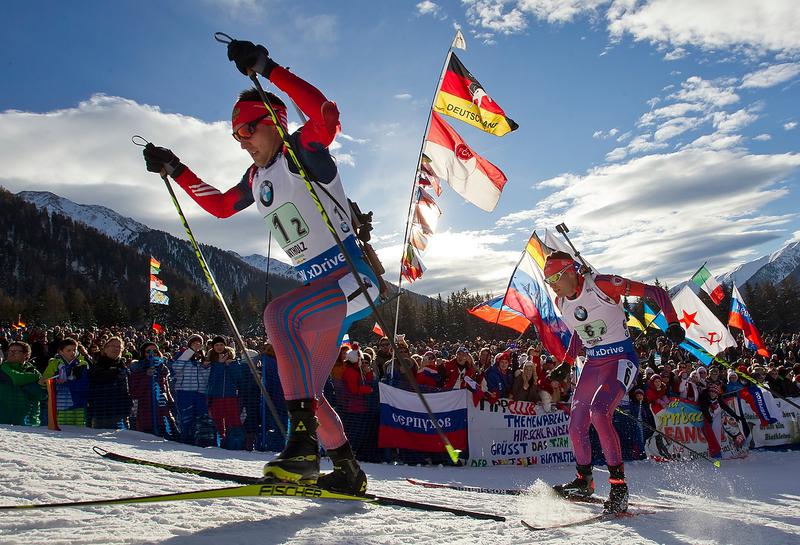 A day after besting Germany's Simon Schempp on the last loop, Anton Shipulin of Russia did so again -- this time beating the German by a second for the men's relay victory. Schempp partially blamed a lapped skier. The U.S. men ended up sixth, tying their season best from a week earlier, while Canada placed 11th with strong shooting.