About a month ago, I got my hands on Atomic's new RS:11 Skate ski. I immediately
got them mounted and waxed and couldn't wait to try them out. Only one problem
– no snow. The skiing in my neck of the woods has been marginal at best and
I was not going to risk these new racing machines on minimal snow. So I waited,
and waited. Finally, over the past week we have had great skiing and I have
been testing the RS:11s constantly.

You've probably seen or heard about these skis by now – they are the ones with
Speedskin technology
. Cosmetically, the Speedskin makes the ski look like someone at the factory
in Austria sent it through the stonegrinder upside down. This look is intentional.
In fact, the Speedskin is a direct result of experimenting with structure on
the base of the ski.

â€œWe have been putting very deep structure in the bases of our athletes
skis for the end of the year marathons in warm places like Italy and France,â€
stated Atomic’s International Race Director, Peter Juric. â€œWe
have a flex machine that measures pressure at every single centimeter along
a ski. We were curious as to how a deep structure might effect flex. So,
we test before and after we give a ski deep structure. We find that flex
is smoother and more even in a ski after we give it deep structure. Obviously,
we cannot do this for all conditions. Skis in normal to cold snow conditions
will be slow if they have deep structure in base.”

Atomic's testing then showed that they could indeed achieve a more even flex
distribution by applying the structure to the top of the ski instead of the
base. And a more even flex distribution means better glide and stability, among
other things. Thus, the Speedskin. The speedskin is the main difference between
the RS:11 model (which has just recently gone on sale) and the RS:10 model.
So the big question is: does it work?

My first time out on the skis, they felt great. They were extremely quiet and
stable,and held an edge like a razor. This was not surprising: stability, edge
hold, and cornering , along with fast glide, have always been my favorite qualities
in all of Atomic's skis – especially the newer Beta skis. After an hour of skiing
– some fast, some easy, some uphill, some fast downhill – I had to admit that
these felt like the best skis I have ever used.

As I skied on the RS:11s over the next few days, I began to think. I really
loved the skis, no doubt, and the theory behind the Speedskin made perfect sense
to me as a engineering student. But how could I find on-snow evidence of the
Speedskin's effect? Most of Atomic's recent technological advances (cap construction,
Beta design, sidecut) all had instant and obvious effects on the skis' performance
– the improvement was clear. With the Speedskin, the change is more subtle.
The Speedskin is not supposed to change the characteristics of the ski, it is
just supposed to improve on things it already does well. Better glide, better
stability. But these things are hard to quantify. The skis were fantastic but
I felt like I needed some sort of evidence that the Speedskin actually worked
in order to write a review.

I was thinking about this the other day as I took my skis off and inspected
the bases. This was my third day of skiing on the RS:11s after only putting
on two quick layers of glide wax when I first got them. So I expected that the
bases would be starting to get a little dry. As I looked at the bases, I expected
to see white patches developing in the normal areas: under the heel and along
the inside edge of the foot. These are pressure points where your weight is
applied heaviest. The bases were starting to get a little dry from so much skiing
and so little waxing. But I was surprised to see that there were no pressure
points. The slight whiteness was very well distributed along the length of the
ski. Perhaps this was the evidence I had been looking for. Indeed the pressure
distribution of these skis was impressive.

So in conclusion, these are the truly great skis. The stability makes them
excellent for people who are working on improving their technique, while the
edge hold and fast glide make them an excellent choice for top racers as well.
It may be hard to quantify exactly how the Speedskin works, but you will be
too busy enjoying the skis' performance to worry about that.

The Speedskin technology is also available in the RC:11 Classic ski.

Cory Smith has skied exclusively on Atomic skis for the past 10 years. 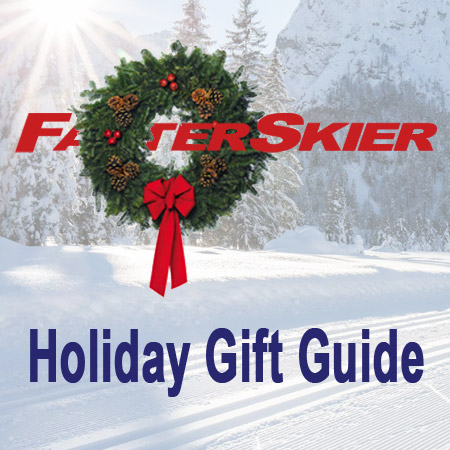 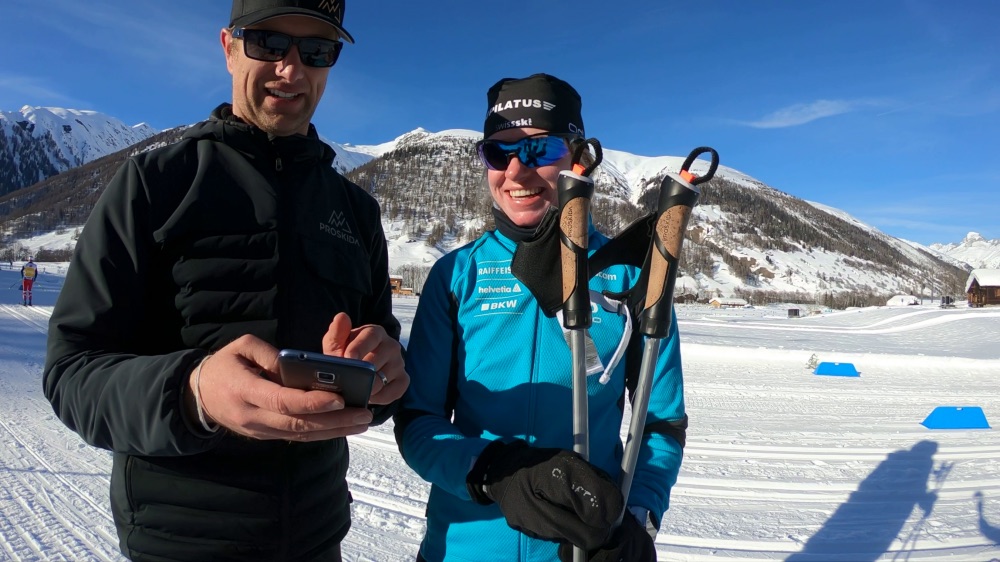