Windsor, MA (February 27): Sun and crisp, cold, powder snow were indeed the icing on the cake for this year’s Banknorth Bill Koch League Ski Festival. As he corked kick wax into the kick zone of the umpteenth of cross-country skis, Ford Sayre coach, Jay Davis’ smile never waned – â€œI’ve waxed skis at six Bill Koch (League) Festivals, and this is the first time I’ve not had to use klister,â€ he said. Surrounded by team tents, hundreds of kids, and thousands of skis, Davis could see his team building jumps and igloos, running around with troll tails pinned to the back of their jackets and troll ears stapled to their ski hats, skiing back to him for more wax before their race, or coming back breathless with tales of post-race adventures. All weekend the trails of the Notchview Reservation in Windsor, MA, were full of laughter and cheers, as kids skied and played and enjoyed winter the way it should be enjoyed — on cross-country skis.

The largest Nordic event in New England, the Bill Koch League Festival is a weekend gathering of kids, ages 3-13, and their parents, leaders and coaches, from the 12 New England BKL Districts. This year’s Festival theme was â€œFind the Magic Out Thereâ€, and so the event was overseen by trolls with tails and furry ears pinned to their hats, and skiers dressed in sparkling stars, tulle, gnome ears and tails, flowing skirts and sorcerer’s capes.

Saturday the Festival began with the Opening Parade of Ski Clubs and Districts, followed by a play on skis put on by the host club, Berkshire Trails Nordic Ski Club. Then skiers could choose from an Adventure Tour, a Lollipop race for kids ages 3-8, and a two-person relay in the freestyle technique. An awards banquet that evening at the Crowne Plaza Hotel in Pittsfield celebrated the graduation of the oldest skiers out of the Bill Koch League and on to the J2-level of training and competitions, and awarded the day’s relay medals and ribbons.

Sunday’s events were all in the classical technique. The morning races were 2.2km for the J5 (age 8-9), 3.3km for the J4 (age 10-11) and 4.3km for the J3 (age 12-13) age groups. The narrow, wooded hiking, skiing and snowshoe trails of the Notchview Reservation are ideal for classic skiing. And in the afternoon everyone took part in the classic sprint — a half km course in the stadium fields, four skiers battling it out with each other, skiing as fast as they could.

Both days the Magic Wood was open to those who Believe in Magic. Gnomes could be found playing and working in the crooks of trees, beneath evergreen houses, and sledding down snowdrifts. Special magic beans could be used at the Magician’s Store to buy a Magic Wish or an Evil Curse, or at the Jorgenssen’s Troll Bakery for cinnamon-sugared, home-baked bread, hot chocolate, or soup. But only if you were a kid who liked to ski; grownup (a)â€˜dolts’ were sent back with empty stomachs.

Medals, ribbons, certificates, pins, everyone went home with a prize. But perhaps the best prize was getting Bill Koch himself to sign your hat, boot, skis, or warm-ups. â€œKochieâ€, after whom the Bill Koch Youth Ski League is named, is New England’s ambassador for the sport and the lifestyle of cross-country skiing. He was there with his family, and happily signed his name on anything, for everyone. Any child who dared walk up and ask the Olympic silver medalist for his signature, met a kind father figure, who was more than happy to meet them, get to know them, sign his name, and inspire a future generation of skiers.

The next event on the Banknorth / NENSA schedule are the Banknorth Junior 2 (age 14-15) Championships next weekend at Sugarloaf Outdoor Center in Carrabassett Valley, ME, March 4-6th, and the double Marathon weekend, the Banknorth Rangeley Lakes Loppet, March 5th in Rangeley, Maine, and the Banknorth Great Glen to Bretton Woods Nordic Adventure, in Gorham, NH.

Photos From A Great Powder Day In Utah 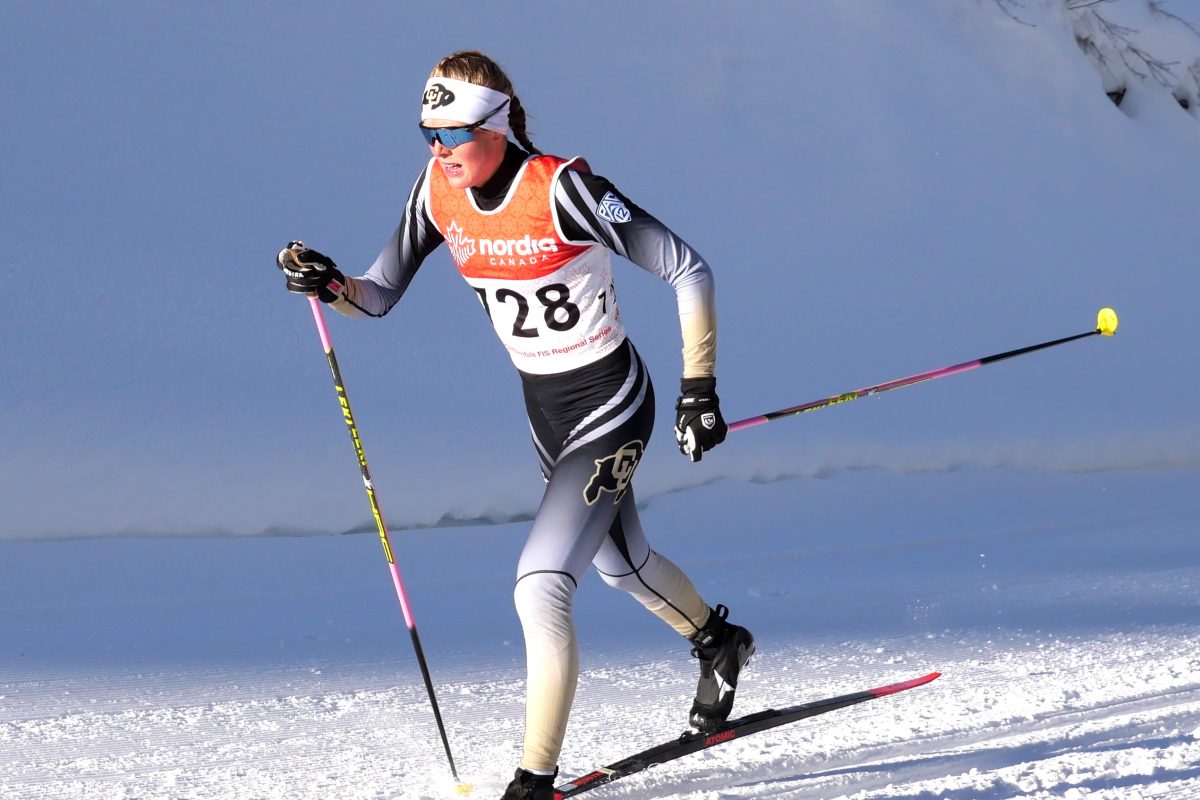