WEST YELLOWSTONE, Mont. — The low-snow November woes of 2012 and 2008 are a distant memory for those in West Yellowstone as hundred of cross-country skiers frolicked along the Rendezvous Ski Trails on Tuesday. Several elite teams from across the U.S. have been in town for more than a week, skiing on more than 35 kilometers of trails at nearly 7,000 feet above sea level.

On his ninth day there, Bill Pierce, head coach of the Central Cross Country (CXC) Team, said the conditions are the best they’ve been in 30 years.

Other teams, like Alaska Pacific University (APU), arrived on Saturday after spending a few days north in Bozeman, Mont., and Stratton Mountain School (SMS) skiers have been in West for about a week leading up to the first SuperTour races of the season on Friday and Saturday.

Overseeing the trail-pass distribution for the weeklong Yellowstone Ski Festival, Brian Wilson said the trails have been busy. He estimated 400 to 500 skiers were on the trails Tuesday — coming and going, before and after lunch.

While West might not have as much snow as past Novembers, Wilson said it’s definitely been one of the most consistent snow years to date. A U.S. Forest Service member said there was 3 1/2 feet of snow on Black Bear Cutoff, a snowmobile trail on the South Plateau, south of the nordic trails.

Rendezvous’ chief groomer Doug Edgerton said an unusual mix of high-humidity, plus-temperature storms have made the snow especially skiable. The most recent storm took place just over a week ago with temperatures as warm as 15 degrees Celsius (59 Fahrenheit) high up on Windy Ridge. During the storm temperatures dropped significantly, around -10 degrees Celsius (14 Fahrenheit), which resulted in ice crystals — “a lot like manmade snow,” Edgerton said.

From Nov. 17-19, about 8 to 9 inches accumulated in town and 15 inches at higher parts of the trail system. West has seen about three snowstorms this fall, according to Edgerton: “The first [in early November] was too warm and the ground wasn’t frozen. The second one, the ground was starting to get there and then it got really cold, minus 12 to 14 Fahrenheit.”

About 6 inches accumulated from that second storm and temperatures remained cold, as low as -22 Fahrenheit, Edgerton said. In the last week, the town has received about 5 more inches for a 10-inch base.

“This morning it was very close to zero and that’s about as warm as its been,” he explained. “One of the great things about this place, it gets cold at night and that’s what keeps the snow.”

West has seen more snow in past years — with ski camps up on the Plateau in September — but that was a long time ago, according to Edgerton, who’s been grooming since the ’70s and keeping records since the ’80s. This year’s wetter and generally warmer temperatures are what’s different.

But no one’s complaining. Every trail in the 35+ k system was groomed as of Tuesday, after Windy Ridge Loop opened on Monday. Edgarton drove his PistenBully up to open it earlier, but the locks to the trail’s gates were encased in ice. The Forest Service set out the next day on snowmobile and used a propane torch and shovel to melt the ice and free the gates.

Having that 6.5 k loop open is a major plus, and not always a given.

“Windy is dicy; the ground is not very smooth,” Edgerton said. Usually, he needs two feet of good snow to groom the ridge — or 15 to 16 inches of very high-density snow, like the last storm brought.

“Getting Windy [open] during camp is like a 25-percent chance,” he added.

If you’re a skier in West Yellowstone, consider yourself lucky. 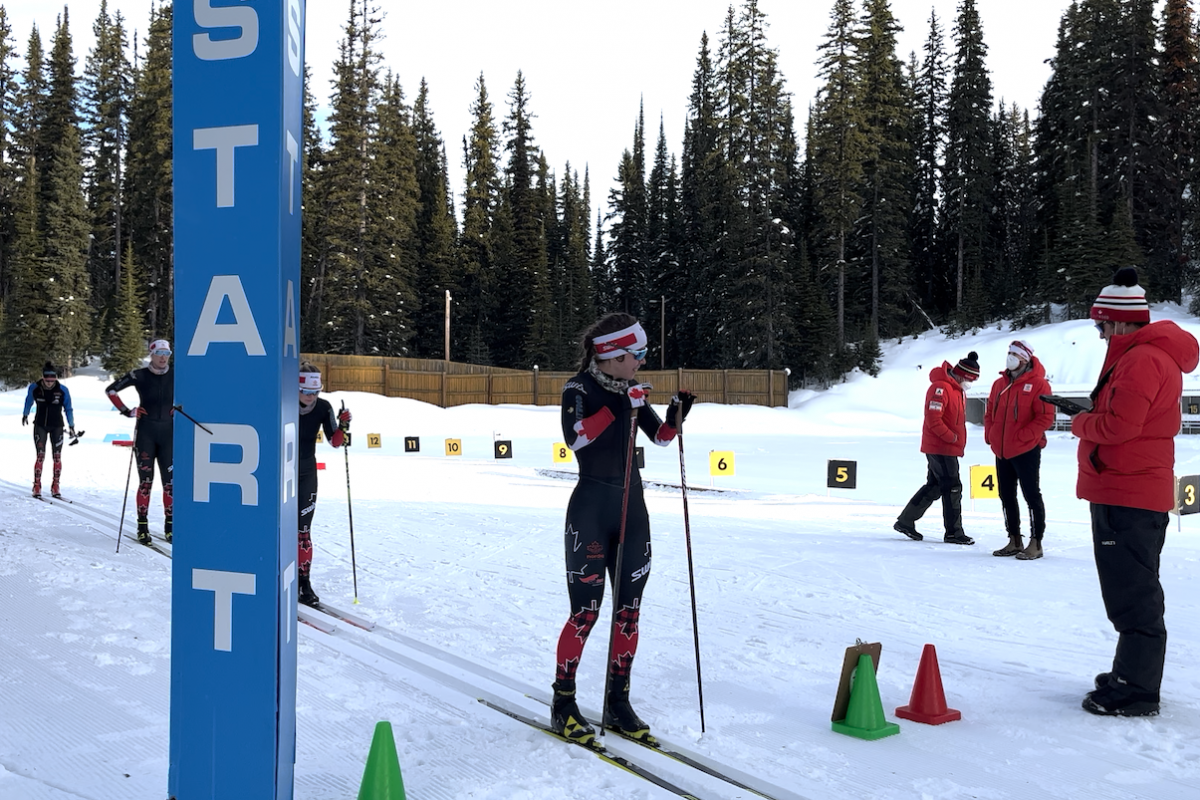