Day three in Québec City brought sunny skies and fast tracks. The first starter on the day for the 10 k freestyle pursuit, Sweden’s Stina Nilsson, took the win and with it the Québec City overall.

Nilsson began with a 33.2 second lead over Norway’s Ingvild Flugstad Østberg in second and a 49.4 second lead on third starter Therese Johaug, also of Norway. Nilsson won in a time of 23:55.1 with the chasing Johaug and Østberg running out of real estate on the Plains of Abraham. 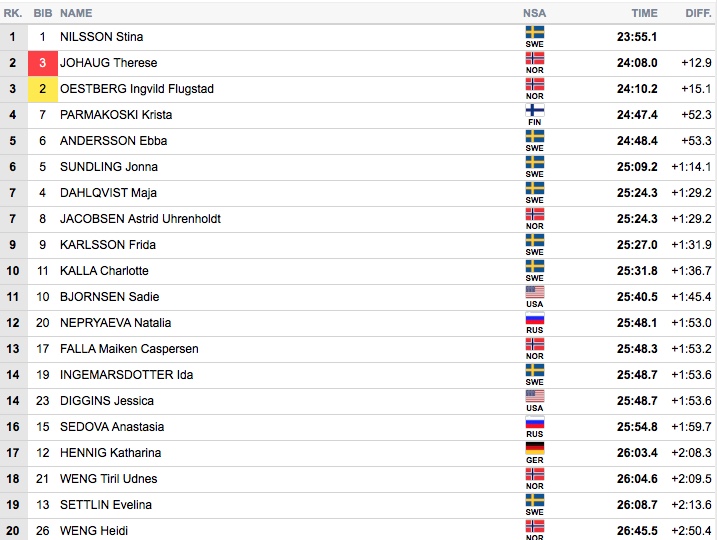 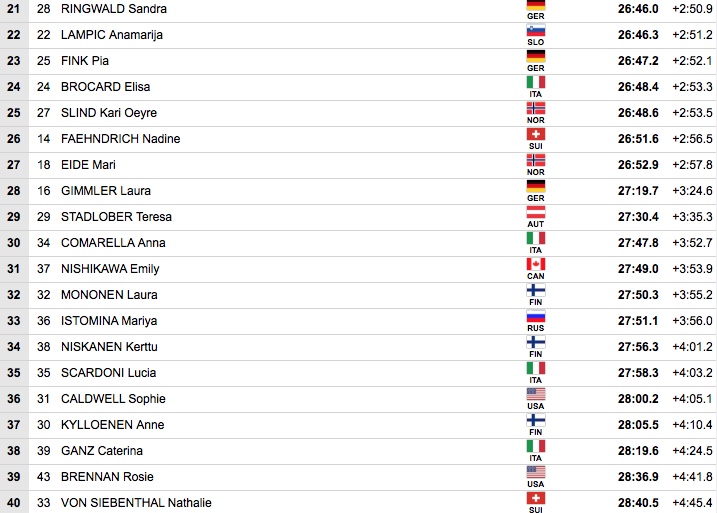 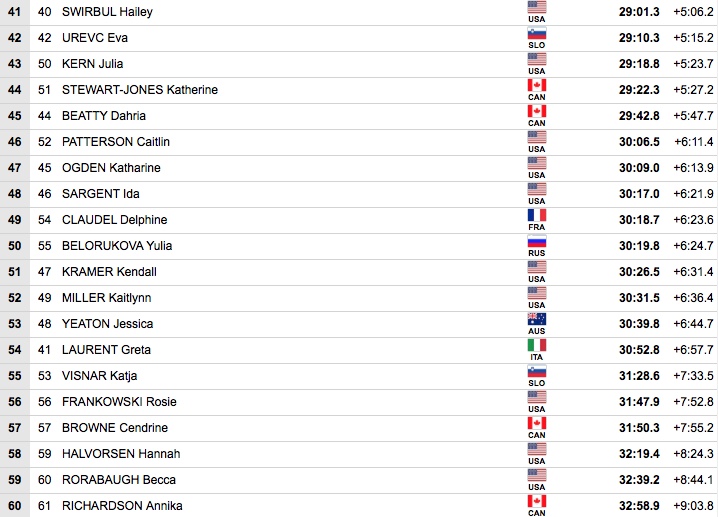