In the semi-finals, Jessie Diggins (USST), Bjornsen, and Sweden’s Charlotte Kalla tangled up early in the second semi-final as they rounded a tight corner. Kalla fell off the pace, while Diggins and Bjornsen fought to regain contact with the three skiers up ahead. Bjornsen out-toed Diggins for a lucky loser spot in the finals. 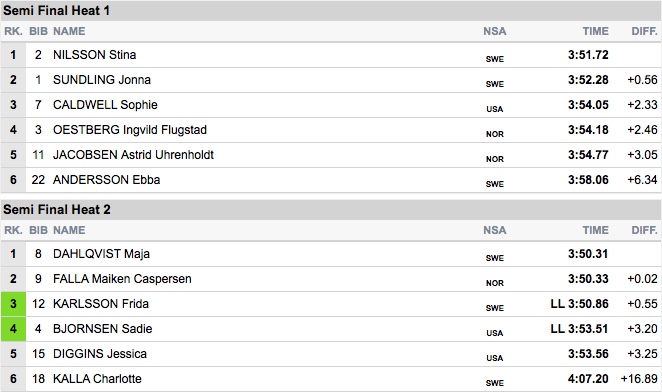 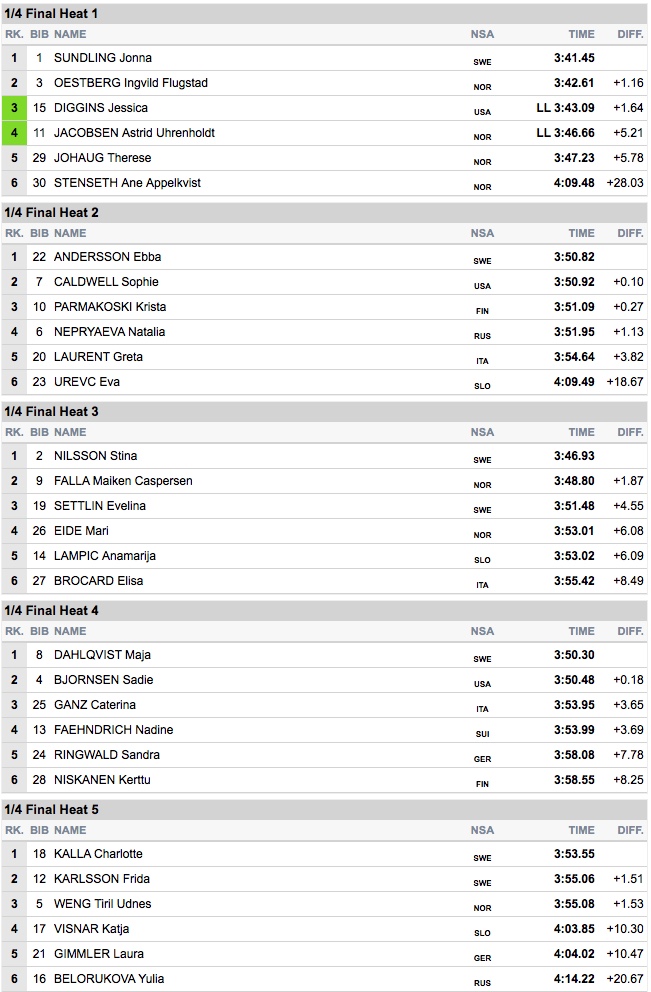 In the men’s race, Norway’s Johannes Høsflot Klæbo took control of the final late in the race to do as he does: win with little pressure to push a toe across the line. Italy’s Federico Pellegrino place second, with Sindre Bjørnestad Skar of Norway in third.

Canada’s Alex Harvey advanced to the semis where he was eliminated to place 10th in the final standings. 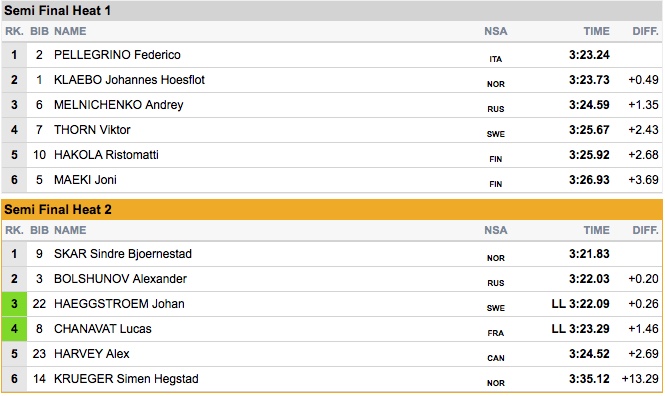 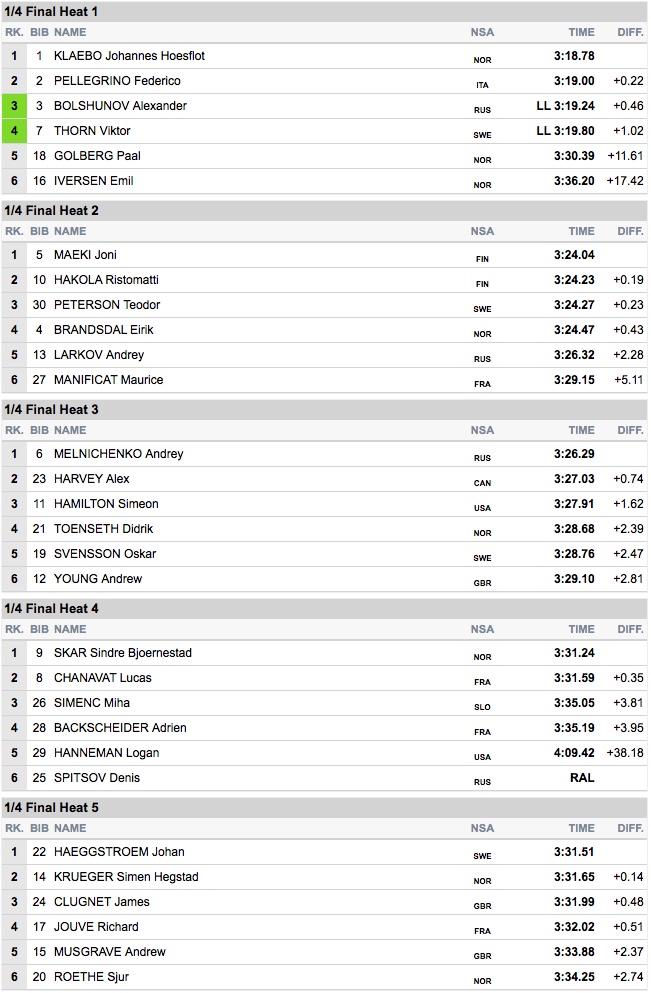