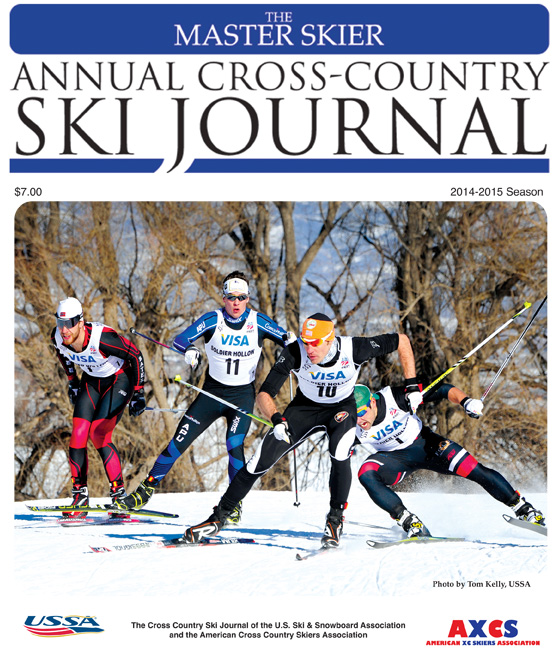 The Master Skier and The Master Skier Annual Ski Journal was for 31 years an anticipated read. However, it’s grassroots origin story begets the polished journal it became when Bob Gregg at 77 years old and Nancy Gregg, 73, announced in August their publication was no more.

Having lived in Michigan for many years, Bob Gregg was racing at the 1986 North American Vasaloppet in Traverse City. The storied Tom Kelly, the U.S. Ski Association press officer at the time, held a meeting to discuss the U.S. marathon racing scene.

Kelly expressed that the growing number of cross-country ski racers in the U.S. needed a publication that bonded ski racers. “Something with racing news,” Gregg recalled hearing.

“He said we have tens of thousands of racers each year, and we need a publication that can tie us all in,” said Gregg. “And he asks is there anyone here who knows anything about publishing.”

Gregg clammed up — resistant to raise his hand or draw attention to himself. “At the time I was a daily newspaper publisher but I knew this was not the time to volunteer on something that I didn’t know if it would be successful or not,” said Gregg.

Nobody in attendance raised their hand. Kelly persisted.

“Then he asked if there was anybody there who has had thoughts of starting a ski racing publication? Among the group of nearly one hundred skiers, again no hands were raised. Finally, he says there has to be someone here who knows something about publishing. Then I finally put my hand in the air.”

The hand in the air impulse eventually became the catalyst for the iconic publication. For the first twenty-five years, the Master Skier was published quarterly as a traditional paper or tabloid-style newspaper. And since 2009, Bob and Nancy moved to an annual magazine, rebooting as The Master Skier Annual Ski Journal.

“The Master Skier will be upgraded to a premium, perfect bound annual edition with a dramatic modular design,” Nancy Gregg wrote in 2009 to describe the change in format.

What began to arrive annually in the mail late each fall was a polished product. The Master Skier was a place to find writings primarily on ski training and technique. As Nancy stated in 2009 with the launch of the new design, “It will be the finest publication in the business. People will read it and proudly leave it on their coffee tables for others to read.”

For many, it was the symbol identifying their endurance sport tribe. It featured a who’s who within the sport penning articles that ranged from nutrition to trends in designing interval sessions. Kikkan Randall, Jessie Diggins, and Andy Newell were among the scores of contributors as the magazine evolved over the last decade.

At the outset, in 1986, from their home in Escanaba, Michigan Gregg said he and his wife “wung it”. According to Bob Gregg, it was Nancy who was the driving force. “My wife got gung ho about it.”

The financial realities were stark. “We lost money on it for eight years,” Bob Gregg said. “And for the first 4 or 5 years, we gave it away to the people who went to all the races. Then we started to support it with advertising. But really, the advertising never supported it. Then I said ‘enough of this’. We were losing five to eight grand a year. I thought this is not a good hobby. We did that for maybe eight years. Finally, I just said I’m shutting this down.”

Nancy argued they should give it another year, claiming the simple fact that people loved the publication. 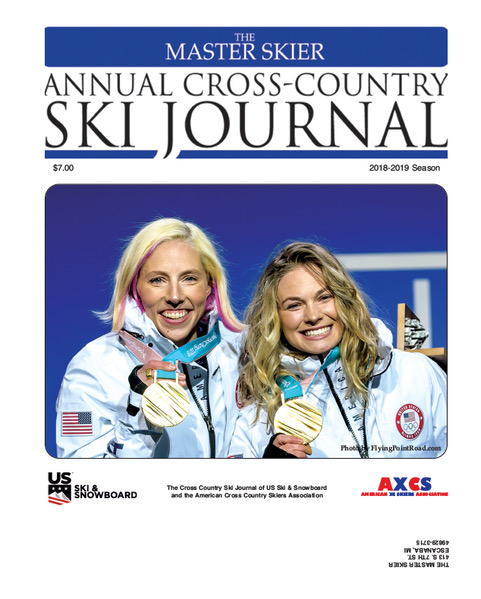 As he pondered their next move in stabilizing the Master Skier, Bob Gregg had the idea of providing every racer at the American Birkebeiner a copy in their schwag bag. In return, the Birkie was provided ad space.

“The Birkie really launched us, and they did that in our ninth year,” Gregg said. “I put this big subscription deal in. And I think we got four to five thousand new subscribers in one fell swoop. It turned the magazine around. Then I sampled with a few other races. And the following year I sampled again.”

At that point, subscriptions were nearing 25,000. The Master Skier had arrived and became both a product with a cult following of avid cross-country ski racers and a desired vehicle for industry advertisers. It was also eventually distributed to over four hundred retailers, ski clubs, and cross-country ski centers at its peak. For much of its history, it was affiliated with the U.S. Ski Association (USSA) which later became U.S. Ski & Snowboard and the American Cross Country Skiers Association. Although members of U.S. Ski & Snowboard eventually received a subscription with their annual membership, that entity did not financially offest the magazine’s operating costs.

Both Bob and Nancy Gregg came into the venture with eyes wide open. Bob was a feature writer, editor, and publisher for forty years at several newspapers. He was also active with the Michigan Press Association and Associated Press.

The Greggs experienced first hand the seismic shift from paper to Internet publishing. The rapidly shifting publishing space rattled much of what insiders knew about gradual shifts in advertising preferences and how to best reach readers and viewers. They understood the traditional business models had dissolved. That story is timeworn: The Internet and social media boom turned many publications into dinosaurs.

The Master Skier Annual Ski Journal persisted. It’s final cover in 2018 featured the racing pinnacle for U.S. cross-country with Diggins and Randall sporting their gold medals in PyeongChang. A tidy and fitting end to an over three decade run for Bob and Nancy Gregg.

“I am sorry we are not doing the magazine anymore,” Bob Gregg said. “It has been a big chunk of our lives the last 31 years. I wish we could keep up.”

With recent health setbacks and financial realities, the Greggs have ended a sucessful run that set a high standard for drawing the community together through words and photos.

One last look at XCX and The Castle