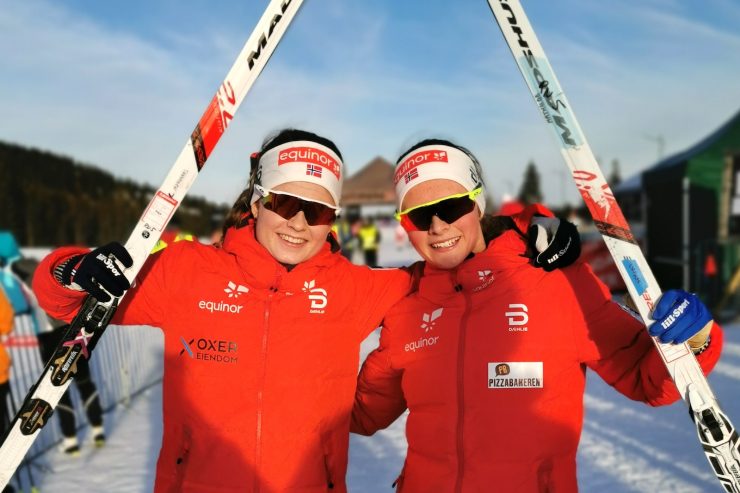 Marathon racer Astrid Øyre Slind (NOR) demolished her competitors in the Ski Classics, Madshus cross-country skiers cleaned up the podiums in the U23 Norwegian Championships, while Madshus biathletes claimed victories and podium finishes both at the IBU Cup and the IBU World Cup.

Starting with the Ski Classics, Øyre Slind literally crushed her competitors in the La Diagonela in Switzerland, winning the 65-kilometer classic race by three and a half minutes to the next racer. Øyre Slind took the lead early in the race in order to win the first sprint, got a gap on the rest and just kept increasing as the race went on.

“I know there was going to be a slow race until the first sprint. I wanted to have a good position into the hill, because we didn’t know when the men would catch up with us. Then I just turned up the speed a little bit and got at a gap, so I just had to go for it,” Øyre Slind said after her impressive victory on Saturday.

Slind thereby snagged the lead in the overall Ski Classics competition, as well as in the Alp Trophy, a prize awarded to the best racer in the six events that take place in the Alps. Furthermore, Slind remains the leader of the climbing competition.

Heading into the 70-kilometer Marcialonga in Italy this weekend, Slind is now leading the marathon series by five points to Britta Johansson Norgren (SWE) in second place.

On Friday, Mathilde Myhrvold was second in the U23 women’s sprint race.

On Saturday, the Madshus women swept up the entire podium: Astrid Stav won the skate race, with Johanne Harviken in second place and Myhrvold third place in  the U23-class.

At the IBU biathlon World Cup, Benedikt Doll (GER) earned yet another podium, with third place in the sprint on home turf in Rupholding (GER) on Sa. Anaïs Bescond again helped France to the podium in the women’s relay on Friday.