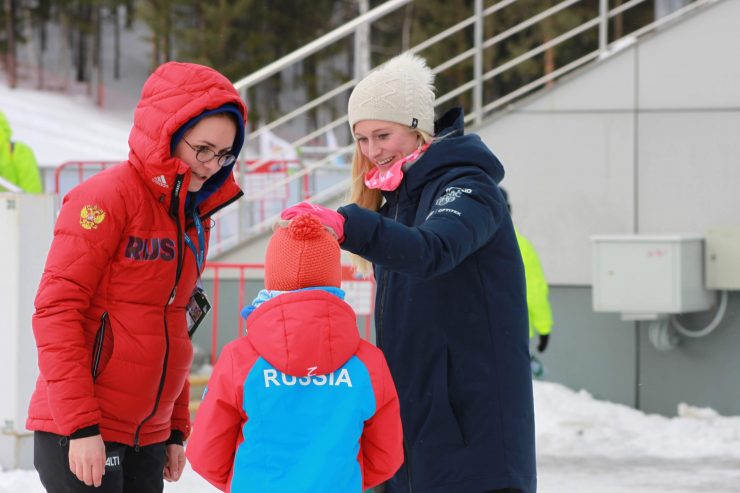 From January 9-22, Tara Geraghty-Moats (USA) will be an ambassador for girls at the first IOC Youth Olympics with Nordic Combined competitions for girls.

The 26-year-old US Nordic Combined racer is looking forward to the opportunity, and points out the significance of the 2020 Youth Olympics in Lausanne, Switzerland.

“I am so proud to be an athlete role model at the first Games that are gender-neutral. This is truly a historical moment,” Geraghty-Moats says.

“Five years ago, when I started Nordic Combined, I never would have thought that we would ever come as far as we have today in terms of opportunities for girls and women in this sport. On days where I feel like we have so far to go to for women to be equal, I have to remind myself of that,” she says.

Geraghty-Moats points out that she’s seen a spike in interest for Nordic Combined among girls just the last year, since the International Ski Federation (FIS) announced that the Nordic Combined women now will have their own official international cup and soon will be a part of the FIS Nordic World Championships.

“There are so many new racers at all the events I’ve been to. They are serious and pursue their dreams. That’s so exciting,” she says.

In your mind, has Nordic Combined succeeded in providing equal opportunities?
“We definitely have to celebrate the progress for women’s sport, but we need to keep working. We still have a long way to go before women have the same opportunities as guys.”

What are the most important issues to work on now?
“For instance in the United States, you have be on the A team to get funding from the US Ski Team. To be on the A team, you have to have World Cup points, but there is no World Cup for women in Nordic Combined, so I am barred from funding due to a technicality,” Geraghty-Moats says, pointing out that equal opportunities goes beyond just pay and more races.

“The women also need better training opportunities, and the option train with faster skiers. But Nordic Combined is not a big sport, and for many teams including mine, there are not enough coaches and resources, so we need to be creative. For me, training with the men’s junior national through the first competition block this season has been really great.”

So what drives you to continue pursuing a career in Nordic Combined?
“I just love to ski and I love to jump, and I feel so lucky to be where I’m at. There are some amazing people in Nordic Combined who really care about the athletes and go the distance for us. My coach steps in with everything, from fixing suits and helping with skis in addition to coaching. It’s a great environment.”

Tara Geraghty-Moats has won the last 13 competitions in the Continental Cup, which is the highest international level for women in Nordic Combined and the women’s equivalent of the World Cup. She stands a strong chance of becoming the first female Nordic Combined World Champion at the next FIS Nordic World Championships.