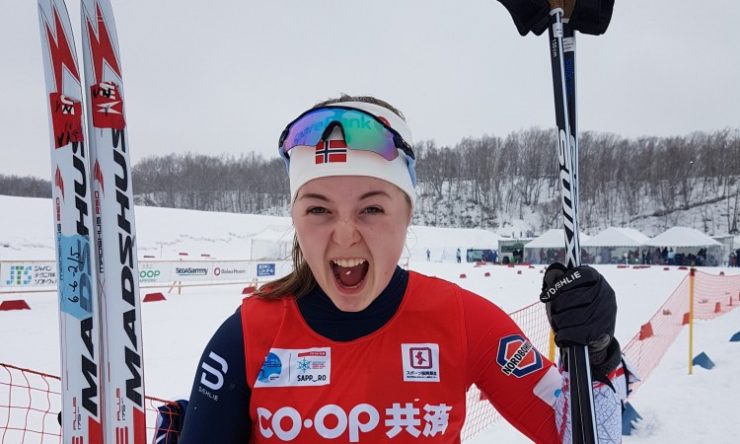 Helene Marie Fossesholm (NOR) is six seconds from the podium in her second-ever World Cup race, while Vilde Nilsen (NOR) wins the overall FIS Para World Cup.

Coming off a three-day winning streak in Germany and her ninth consecutive World Cup victory this weekend, Nilsen has already bagged the overall Para World Cup victory, although only half of the scheduled World Cup events this season are completed.

Despite missing more than a 100 of her scheduled workouts this summer due to a back injury, she has won all the races in the FIS Para World Cup so far this season, and the 19-year-old is hungry for more.

“Given my age, there is reason to believe that there is a lot more fun to be had for me in ski racing,” Nilsen said after her victory on Sunday.

At the 10-kilometer FIS cross-country World Cup skate race in Falun (SWE), turbo junior Helene Marie Fossesholm  hauls into fifth place. The 18-year-old was only six seconds from the podium, despite starting far back in the field and crashing once during the race.

“When I saw one of the guys move up from 64th place to the very front in the men’s race earlier in the day, I realized that it’s totally possible to climb a lot of places. I tried to not stress out too much in the beginning, but at the same time, it’s important to be on the move since everyone wants to get ahead,” says Fossesholm.

Next up, Fossesholm is heading to the FIS Junior World Championships in Germany in the end of February, where she will be the indisputable favorite to the gold medals.