Two exceptional women in the extreme sports of skiing have been knocked out of the World Cup races due to injuries. Both Sofia Goggia and Viktoria Rebensberg broke bones in the Super-G event at the World Cup in Garmisch- Parternkirchen in Germany. 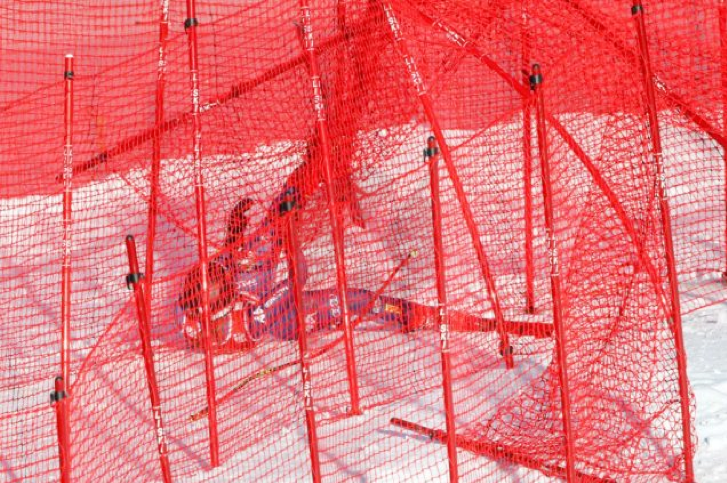 The 27-year-old Sofia Goggia from Italy just underwent surgery on her left arm after suffering a terrible fall while in the middle of a race. She went crashing on a gate of the net wall structure at neck-breaking speeds, hitting her left arm full force and needing help to break free. The massive collision resulted in the fracture of her left arm, where she cracked her radius bone. Medical specialists of the events have assessed that the injury will take at least six weeks for a full recovery, and this rules her out for the rest of the season. The Italian Skiing gold medalist will then miss out on the World Cup finals set to take place in Cortina d’Ampezzo as from the 16th to the 22nd in March this year.

Victoria Rebensberg, a German 30-year-old Alpine participant, also succumbed to the same unfortunate fate of breaking her lower leg midst a race. Her season-ending fall came soon after she had secured a win in the downhill event just a day before on 8th February. This win is her 19th World Cup title of her career and a first-ever in that discipline. Rebensberg’s leg injury of breaking her tibia will sideline her for at least 6 to 8 weeks for a full recovery. This means that she too cannot contest in the World Cup Finals in March.

Both sportswomen, Germany’s Rebensberg and Italy’s Goggia rank 7th and 8th, respectively, in the whole women’s International Ski Federation Alpine Ski World Cup. And this performance is exceptional despite their injuries. Their good start to the competition has, however, been put to a halt due to the injuries.

Their performance has been remarkable even in past events. Goggia being the reigning Olympic downhill champion and Rebensburg, having won the giant slalom gold back in 2010. Rebensburg had made it into a World Cup downhill podium six times before with three-second places and three-third place slots. But she made a remarkable improvement in the 2019-2020 season by storming in with a time of 1m 41.94s. Goggia fell short by only 0.95s as she took up fourth place in the race.

In the Super-G this season, Goggia won the race in St. Mortiz in Switzerland and was number two in Rosa Khutor in Russia. Rebensberg won in Lake Louise in Canada.

To the German Ski athlete, Rebensburg, her leg injury is a first, unlike her Italian counterpart, who has had her fair share of injuries in her career. Goggia has, in the recent past, undergone four knee surgeries, which resulted in her missing out on the Sochi 2014 Olympics. She had suffered an anterior cruciate ligament tear (ALC), which was a significant set-back as she could not compete. Goggia had also been sidelined for months in the 2018-2019 season after fracturing her ankle before the Pyeongchang 2018 competitions.

In an interview with the Italian Winter Sports Federation, Goggia expressed that she was unhappy about the crash, but she mentioned that negative episodes are part of a skier’s career. They are unavoidable. She went ahead and said that she has been in worse situations and will always come back with greater determination. Goggia also mentioned that she would be back to work in the next few days to recover in the best possible way.

Goggia has since then taken to social media with a word of encouragement to her fans. She clearly captioned on one of her posts, saying, ‘Remember; it is from pain that we can start again.’ This message was received with so much love from her fans who wished her a quick recovery. Rebensberg also commented with the hashtag #wellbeback showing that they were together in this.

Rebensberg has also posted some pictures on her page showing how her recovery journey has been. The most recent one is showing her rehab session with a specialist and adding the hashtag #recoverymodeon at the end of her caption. And on another of the posts, she expresses her disappointment by saying ‘not the picture I wanted to post from the Super-G in Garmisch…’ but she then picked herself up and reassuring her fans that ‘I will now focus to my recovery so that I can do what I love the most again soon.’ Soon after, she then followed with a word of thanks to her fans who sent her heartwarming messages and commented on her recovery.

The Audi FIS World Cup administrators were not left behind as they also took to Instagram to express their sorries to the skiers. The caption was directed to Goggia, Rebensberg, and Nathalie Groebli, yet another skier who fractured her tibia and fibula in her left leg. They ended their message with an encouraging word saying, ‘we wish our girls a quick and stronger come back on tour!!’

The positive statements given were encouragement that all will be well.

With the injuries both Viktoria Rebensberg and Sofia Goggia succumbed to, it is clear that it is not the end of their skiing careers but a minor set-back. We expect the ladies to be back on their feet on the future events wishing them and even faster recovery.

Masters Racing: Getting Lapped At Nationals