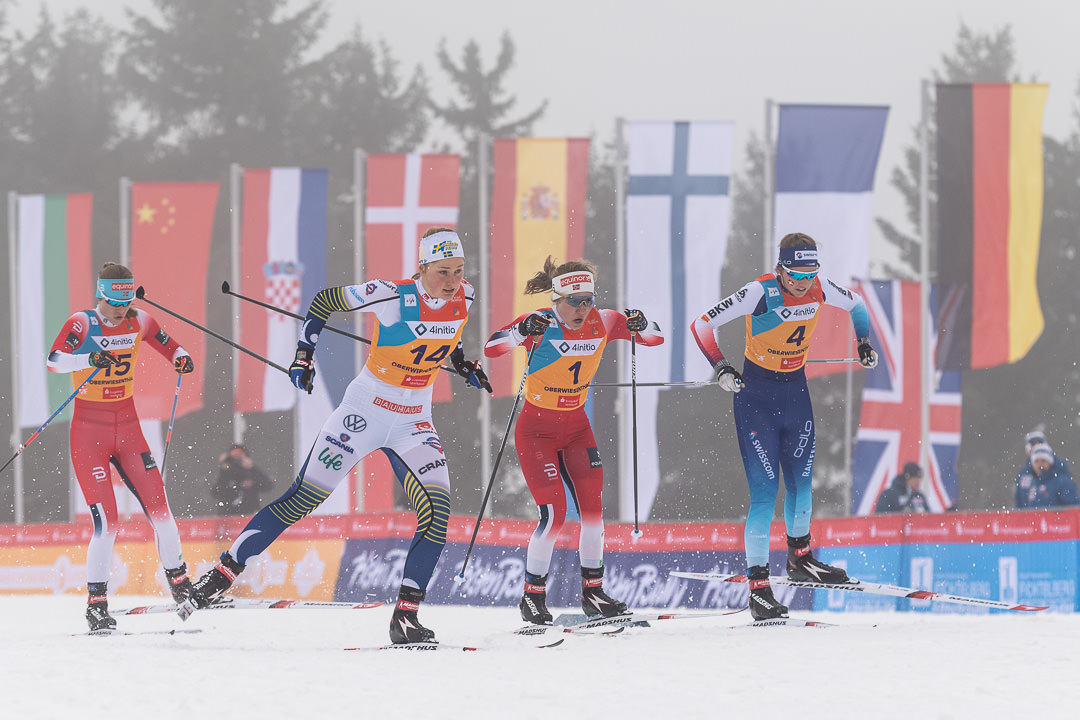 Starting off, Siri Wigger (SUI) bagged the bronze in the Junior World Championships sprint in Oberwiesenthal (GER) on Saturday, while Matvey Eliseev (RUS) went straight for the gold in the men’s 10km sprint at the biathlon European Championships.

On Monday, Helene Marie Fossesholm (NOR) cruised into gold in the 5km classic at the Junior World Championships – with a comfortable margin to second place. Fossesholm also posted the fastest qualifier time and won her quarterfinal heat in the sprint race on Saturday, but crashed out of the medal fight in the final. “I had amazing skis today, and it was really fun to win the gold here today,” Fossesholm said after her impressive performance.

At the FIS World Cup, Krista Pärmäkoski (FIN) was third in the 10-kilometer classic race at the cross-country World Cup on home turf in Lahti on Saturday. On Sunday, Pärmäkoski earned her second World Cup podium in two days, anchoring Finland to second place in the relay, where Rebecca Öhrn helped Sweden to third place making it a double Madshus podium. In the afternoon Alexander Bessmertnykh helped Russia to third place in the men’s relay. The FIS cross-country World Cup moves on to Norway for sprint races in Drammen on March 4 and 30km/50km classic races in Oslo on March 7 and  8.

The Devon Kershaw Show: An American in Germany ... and A Recap of Lahti's Relays