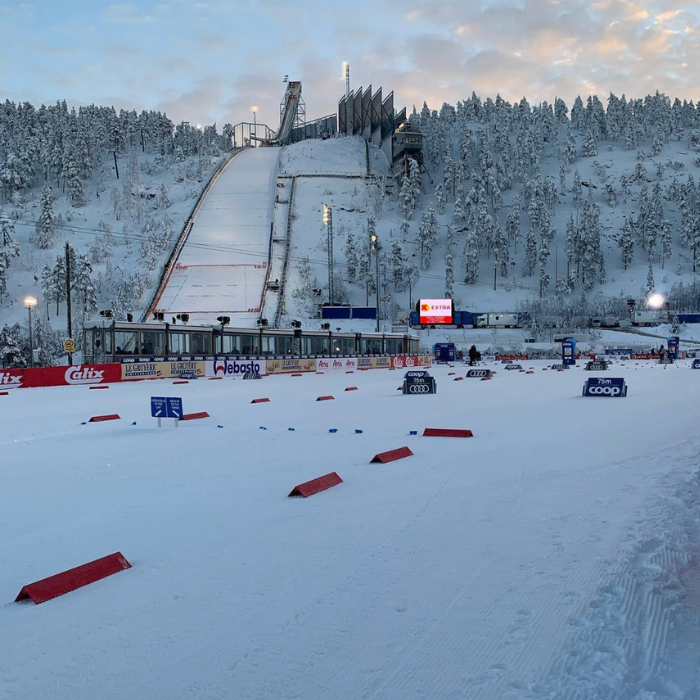 The first weekend is in the books, and we can cross off a top 10, top 5, and technically a top 3 off of the to-do list.

Being behind the scenes and waxing in the wax truck is a whole different perspective.  It is far more stressful but also incredibly fun.  I am mainly a part of the glide team and will help with testing, picking, and applying waxes for any given day.

The conditions in Ruka for kick were extremely easy, and we ended up running on a hard wax binder with a purple/violet hard wax.  It gave us plenty of kick without compromising the glide, and the athletes were very happy both days with the kick options. 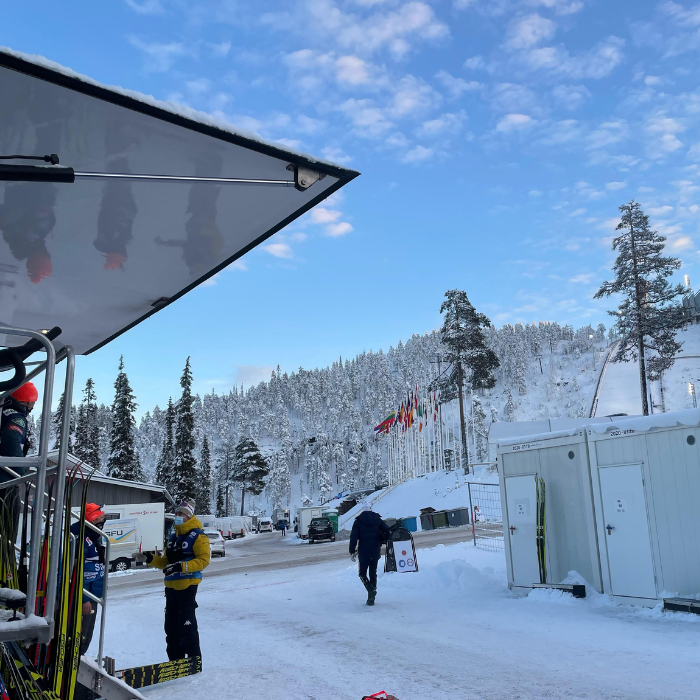 The glide side of things, however, was a little more difficult.  With the colder, new snow underneath our groomed snow, a lot of moisture was coming up through the snow the more it was skied on. This changed the snow from really dry in the morning to glazed and wet in the afternoon.  We often tested before the races and then in between the races, changing from cold dry waxes in the morning to warmer wet waxes for the second part of the day.

Athletes seemed to be really happy with the glide and kick all weekend and we have had numerous athletes saying they were able to roll up or drop other skiers on many of the downhills, which is always a good feeling on the first weekend of racing.

I would not have been able to get through the weekend without the help of the other guys on our wax tech staff.  Everyone one of us brings some really skilled knowledge, and we are a team that will always listen to opinions and suggestions.  We collectively make the decisions on both glide and kick, and it is really fun to be with a team that wins and loses together.

We are already in Davos, Switzerland preparing for the next world cup races two weekends from now, and we will start testing later in the week for athletes’ skis and also testing some of the future non-fluoro waxes!

Chris Hecker is a New Moon Ski and Wax Tech, has worked on the Rex Ski Wax world cup staff, and has joined the US Ski Team as a wax tech for the 2020-21 World Cup season.

Rhapsodies in Blue: A Visual Guide to the 2020/2021 World Cup Uniforms

In her words: Anchorage skier Rosie Brennan Grapples with what’s Safe and what isn’t on the World Cup Circuit (Republished with Permission from the ADN)