In some mountain communities, the transition from winter to spring is known as mud season. That’s not the case in Bend, Oregon where transitions are welcome and mud is relatively scarce. Jesse Thomas, dad, partner, entrepreneur, and world-class triathlete remains a Bend local – the kind whose roots extend to an upbringing in Bend back when the myths of this outdoor mecca barely filtered beyond wetter parts of the Pacific Northwest.

In endurance sports circles, Thomas is widely known as a now-retired yet formidable triathlete. So abrupt or gradual transitions are simply part of the cycle. For years Thomas specialized in the rigors of swim-bike-run. There were three-a-day training sessions. The pool time, the road riding miles, and pavement pounding logging running miles. It takes a toll and it takes a fastidious nature to make it all work.

Finding a piece of mind for Thomas, is, in fact, part of his daily ritual that includes juggling real-life transitions. He helps manage Picky Bars, a Bend-based company he co-founded with his wife Lauren Fleshman, care for their two young children, and in some capacity, still finds a way to get outside and elevate the heart rate.

“One of the main brand mantras of Picky Bars is balance,” said Thomas. “That extends as a microcosm, like nutritional balance, but also in the macro in terms of overall life balance. We make sure we’re all making time for family, exercise, and health. The reason a lot of people live in Bend is that it’s a place where the community values that balance.”

Although growing up close to the Mt. Bachelor Nordic Center’s trails, Thomas grew up downhill skiing and participated in a mix of sports like basketball and running. Thomas, who ran at Stanford as a top steeplechaser, caught the running bug early. In elementary school, his PE teacher organized a program called Jog-raphy. Students were incentivized to run. Thomas found a calling.

Thomas won the Wildflower Triathlon six times. It doesn’t take a math savant to conjure the pounding on his body. “Cross-country skiing became a way of breaking up winter training,” said Thomas. “It was right after we had our son, so about six winters ago. It was a lot harder for me to travel for winter training camps as we began our family. So during the winter, it meant I’m going to be on the bike trainer almost exclusively. For running, it can be crazy unpredictable outside. I needed to find something where I could just go out in nature and exercise. I knew it wasn’t that risky in terms of injuries, so I got on skis and started teaching myself how to skate.”

Mentored by a Bend cadre of fit skate skiers, Thomas discovered his unrefined skate skiing benefited his triathlon training. Thomas relied on his motor, not so much his technical acumen, to keep up with his partners.

“Part of the reason I liked skate skiing in the early days was that I was so bad that it was a hard workout for me,” Thomas said of his early skate ski sessions. “Just to keep up, it was like going out there and doing a super high-intensity tempo run just to ski with my buddies who were all keeping it pretty casual.”

Skate skiing became a thing for Thomas. He describes himself as somewhat “fragile” as a runner. Over the course of his career, he and his coaches kept his annual mileage relatively low for an Ironman athlete. “For those last couple years I raced professionally my longest training run would be around 12 miles, and I would then race an Ironman on that. Later on, skate skiing became a measurable part of my winter training regimen. It was something that my coach and I really leaned into. I became skilled enough that I was at really low risk of hurting myself, and I could get great workouts in. The other thing we loved is that I could just keep my running mileage really low during the winter.”

Come winter, the short jaunt to the Mt. Bachelor Nordic Center remains a wintertime staple for Thomas. It’s a place he finds primed any day of the week. Having grown up in Bend, he knows the snow supply at Bachelor is more than ample. And the trail layout, according to Thomas, is to his liking for its roller-coaster feel.

If you’re up there before work and see some dad up there in his trademark aviators who looks like he could throw down in Kona, that would be Thomas. Those roller coaster trails at the Mt. bachelor Nordic Center now more of a “play hard” respite from his life’s new precise yet less race-oriented transitions.

His transitions now look less typical of triathlon culture. There’s no wetsuit to strip, bike cleats to clip in, or running shoes to cinch on. At least in the context of the formal triathlon grind. Now there’s laundry, kid’s toys, school drop-offs, lunches to make, Picky Bars to help steer, and, of course, some play.

Revisiting the Obstruction in the Men's 50 k with Technical Delegates 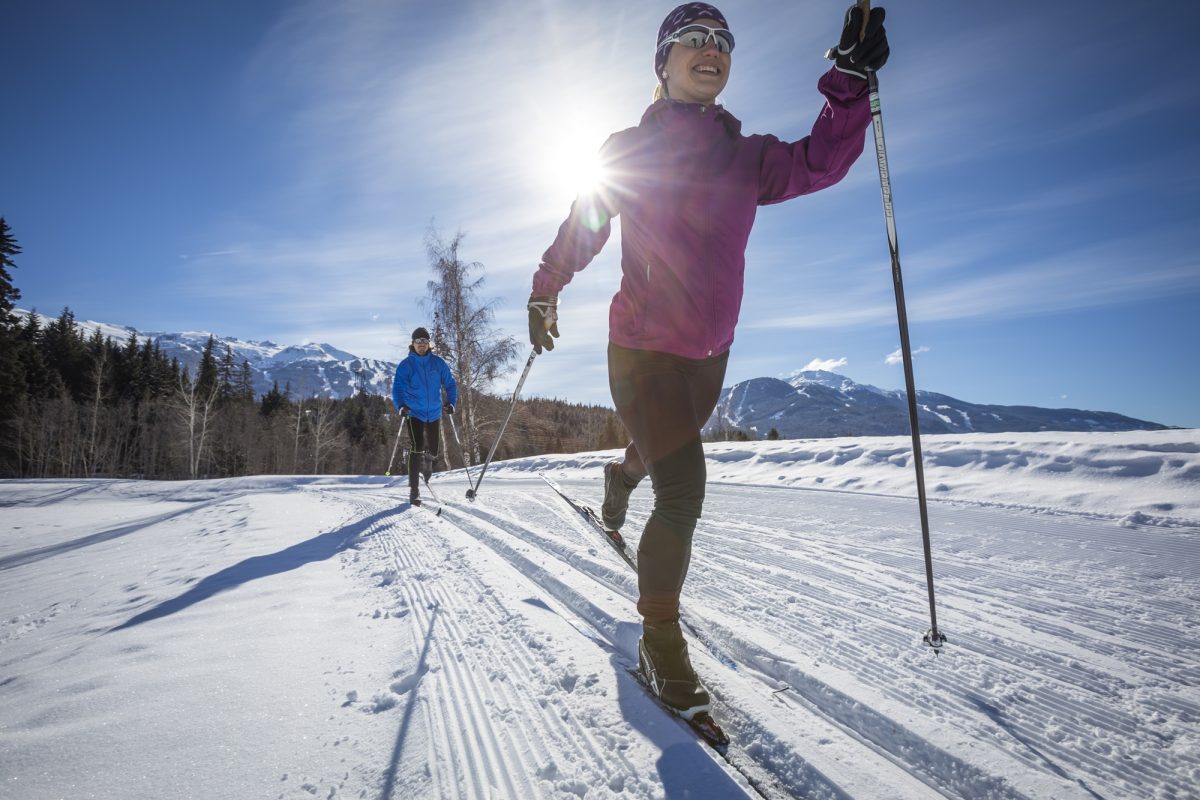