For the next generation of Swedish World Cup racers, the upcoming winter is well underway.

Make a note of these names: Edvin Anger, Måns Skoglund, Tilde Bångman, Nils Bergström, and Erik Larsson. These young racers are training hard, aiming high, and will put Sweden on the map.

Anger, Skoglund and Bergström are all part of the Swedish junior national team this season, while Bångman was on the junior national team last year and is now racing with her club team.  All of them have already helped themselves to medals at international level, including the FIS Junior Nordic World Championships and the 2020 Youth Olympics.

Larsson, who has posted several top 10 finishes at the IBU Junior World Championships, is a part of Team Autoexperten. The team is a national development team for both junior and senior biathlon racers at the cusp of stepping into the national A team.

“There’s a lot of drive and energy in this team, and we are super excited for the upcoming season,” says John Vikman, brand manager for Madshus Sweden.

The fresh-faced crew just finished their first Madshus team camp of the year, which took place in the ski tunnel in Torsby (SWE).

On the agenda: evaluating the past season, setting new goals for next, and dialing in their gear for the upcoming race season with former Olympic gold medalist Thobias Fredriksson, who is now a part of the sales and marketing team for Madshus Sweden. 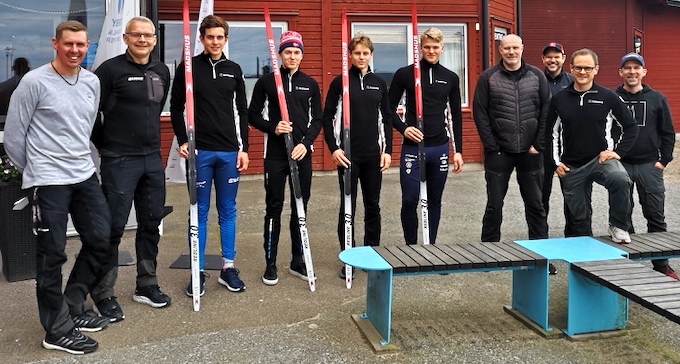 An Intro to Building a Better Skier