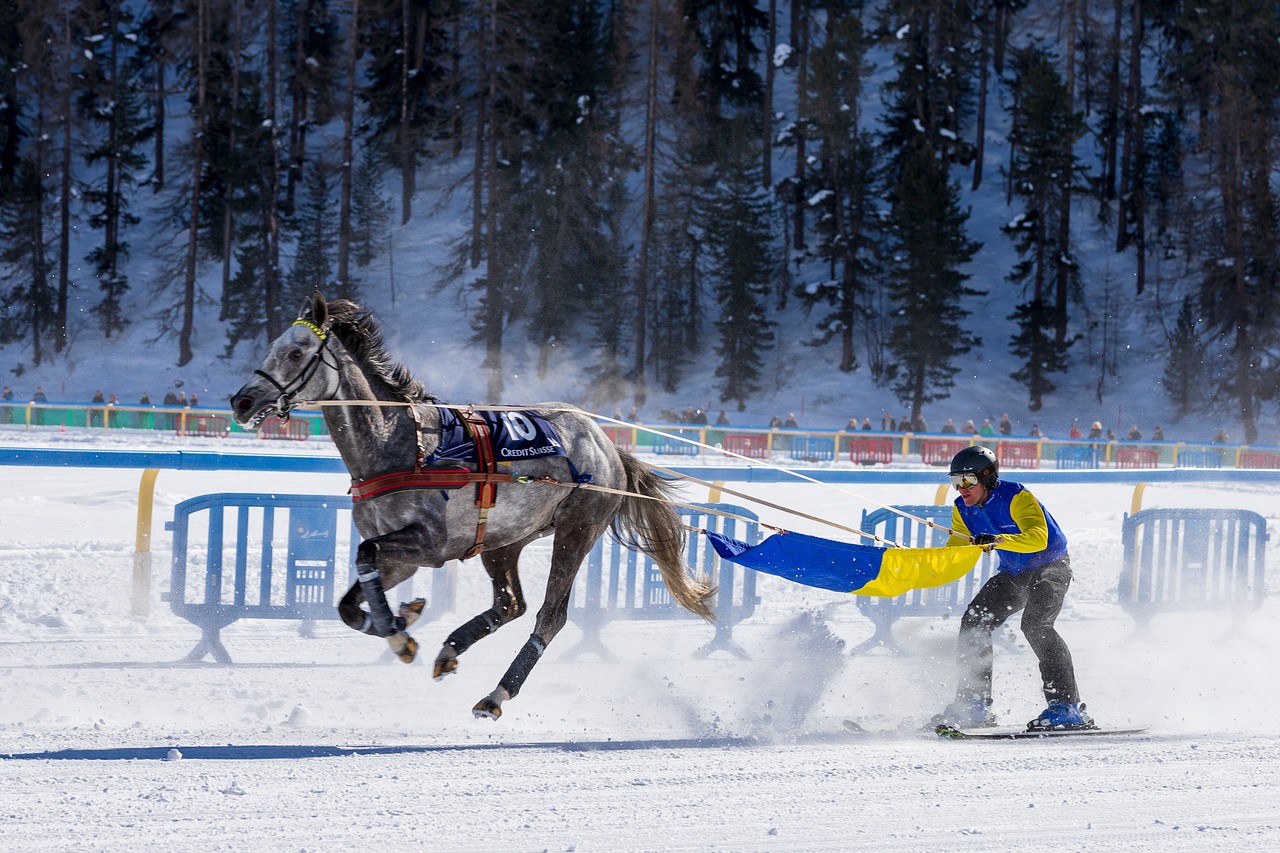 When it comes to winter sports, people have always found a way to make up new challenges and create new and thrilling sports as a new form of adrenaline rush.

Since horses play an important role in our history and have been human companions since the dawn of time, it is not weird to see them in many different activities. That’s why horse racing is such a famous sport that draws lots of money in betting prizes, as the Kentucky Derby example can show: https://www.twinspires.com/kentuckyderby/

In this case, we will explore how horses are used in winter sports, particularly skiing with horses. Skiing with horses or Skijoring as many people call it is a Scandinavian sport that is quickly gaining popularity, especially in sleepy towns with long winters.

If you are first time seeing such a name, don’t worry you are not alone. However, it is worth looking into this amazing sport and maybe trying to recreate it in your local town during the winter. Skijoring (pronounced skee-johr-ing) is a simple but exciting sport where a person on skis is pulled by a horse.

This isn’t something new as in modern times we’ve seen many skiers being pulled by a snowmobile, but since they are expensive and out of reach for some towns, horses are a great alternative.

Equestrian skijoring is a sport where teams are constructed by two people and a single horse. The goal is to reach finish the track in the shortest time. It is a simple sport just because it doesn’t require any equipment. All you need is a horse and a rope attached to the horse’s saddle, that is held by the person on skis around 8-10 feet behind the horse.

The Birth of Skijoring

Even though this sport is quickly gaining popularity, the true origins of Skijoring are still unclear. Some historians suggest that they’ve spotted the presence of people skiing with horses in China between 1271-1644, and in other places of the world we can see a similar thing only with dogs instead of horses.

Hundreds of years later, we find Skijoring that is being pushed into the mainstream credited to the Laplanders. Laplanders are people living in the northern-most regions such as Sweden, Russia, Finland, and Norway.

Since technology and motorized vehicles were out of reach in some of the villages in these territories, people have used horses, dogs, and even trained reindeer to pull them from one place to another.

The first official skijoring competition took place during the Nordic Games in 1901. Later the Nordic Games transformed into the Olympic Winter Games, where unfortunately we’ve seen racing with horses’ only ones and never again.

How to Try Skijoring?

Since Skijoring has been gaining popularity in the past couple of years, we’ve seen many cultures that started to accept the sport. Nowadays, Skijoring is available in different parts of the world and many ranches in the United States have enough land to create a course.

Competitive skiing with horses is usually organized on straight tracks that are anywhere from 600 to 1,000 feet in length.

However, most tracks require you to bring your own horse, which is a bummer for people who don’t own one. With that said, you can still find some places that allow you to use the horses from their stable.

If you are bringing a horse for Skijoring, it is crucial that you get your horse comfortable with the rope and skis first. This is a dangerous sport if the animal is not properly trained.

Additionally, you need to make sure that you have the right equipment. If you are a downhill skier, you have most of the equipment. When it comes to Skijoring, it is important to use downhill skis since cross-country skis are harder to steer because they lack an edge. Additionally, you’ll need a piece of standard skiing equipment such as a helmet, ski boots, bindings, rope attachment to saddle, and towline.

This is a new and exciting sport that is full of high-speed action and thrills. So, if you are looking for a way to spice up your winter adventure, horse skiing might be the perfect activity for you.