As a sport, cross-country skiing has undergone many shifts, yet it’s been associated with many famous athletes that remain relevant until this day.

Who are the biggest inspirations in the field? Being aware of most legendary players’ tendencies, you can predict future progressions of games and bet on Bovada with more confidence. In this article, we will take a look at the best cross-country skiers of all time and outline what makes them memorable:

Kicking off our look at the best cross-country skiers of all time is Swedish skier Charlotte Kalla. Kalla has starred on the biggest stage of them all collecting three Olympic Golds and six silvers. On top of that, she’s also earned a further 13 medals at World Championships.

Throw into the mix a host of World Cup victories and podiums and Kalla is well deserving of her place in our top 10. The standout moment of her career was perhaps her role in Sweden’s team relay Gold at Sochi 2014.

Gunde Svan is the second Swede to feature on our list and, like Kalla, his inclusion amongst the best skiers of all time is unquestionable. During a 10 year World Cup career Svan managed to rack up a total of 60 podium finishes – 46 of which were individual – taking a total of five titles.

As for his performance on the biggest stage, the Olympics, Svan’s honours list measures up with the best of them. In 1984 he earned two Golds, a silver and a bronze before adding two further Gold medals four years later.

Thomas Alsgaard enjoyed a terrific career in cross country skiing with his technique, in particular, something that is often lauded. He’s not all about style though because his trophy cabinet showcases plenty of substance too.

The Norwegian earned a grand total of 11 Gold medals in his career; five from the Olympics and six from the World Championships. A further three silvers and one bronze plus a World Cup triumph cap of his honours.

On a pure achievement level Marit Bjorgen, from Norway, would rank a damn sight higher in this list of the best cross country skiers of all time. The reason we have her down here is due to some high profile question marks over her asthma medication, which many people consider to be a form of doping.

Parking that matter, her record is phenomenal. Four World Cup titles underpinned by 221 podium finishes, 15 Olympic medals and 26 World Championship medals are simply insane numbers. We’ll let you decide how much impact the asthma treatment had on her output, but she was often a nailed-on bet where winter sports betting was concerned!

Dario Cologna has recently called time on his career but did so knowing he’d go down in history as one of the best the World has ever seen. The Swiss skier won four World Cup titles with all bar three of his podiums coming in individual events whilst his Olympic Games record is seriously impressive too.

Across three consecutive Games – 2010, 2014, 2018 – he earned four Gold medals; three over 15km distances and one in the 30km skiathlon. Finally, you can throw in a three medals from the World Championships for good measure. Not a bad career, hey?

Some people might argue that Norway’s Petter Northug is the best we’ve ever seen in cross country skiing but we’re content to leave him just short of that title. That said, his career was ridiculous with 13 World Championship Gold medal (plus three silvers).

At the Olympic level he performed admirably as well. All of his medals came at Vancouver back in 2010 where he won two Golds, a silver and a bronze. His career dropped off a little towards the backend before he retired aged 32 – he had he achieved a tad more longevity so he may well have ousted our number one pick. 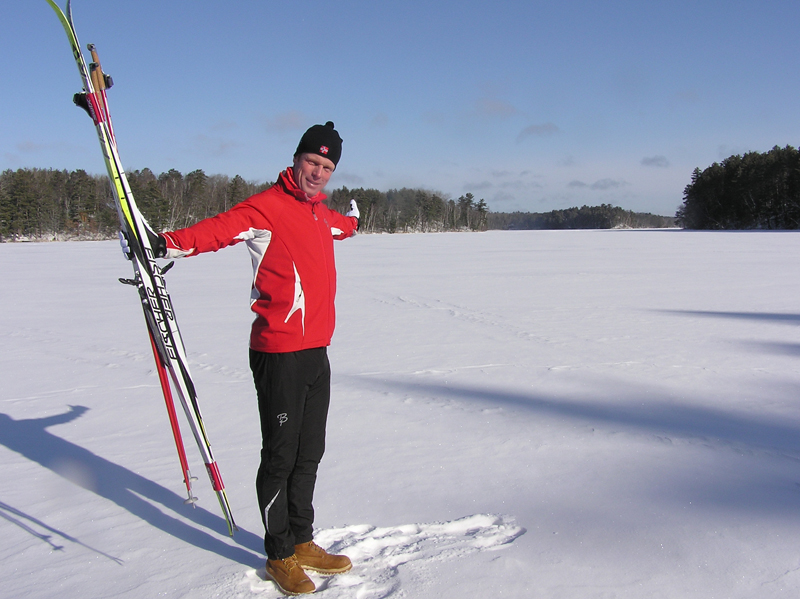 We now come to naming the best cross-country skier of all time and, with no hesitation, we hand that honour to another Norwegian in the shape of Bjorn Daehlie. Daehlie won six World Cup titles with three of three of them coming in consecutive years during the mid-nineties. The Olympics are the pinnacle, obviously, and he earned a whopping eight Golds at that level spread across three Games with a further four silvers.

Finally, he has 17 medals from the World Championships; over half of those are Golds. They are simply bonkers numbers, and you wonder how long it might be until someone can live up to his standards.

There you have it, the best cross-country skiers of all time.