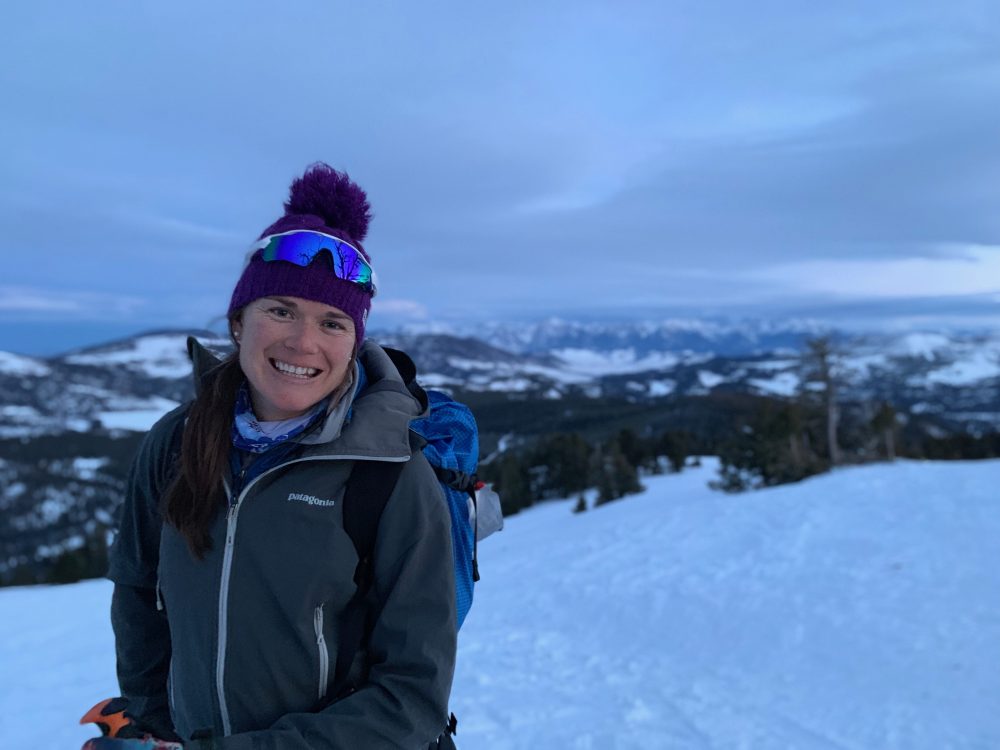 There are days skiing here in Bend, Ore. when the privilege of sliding on groomed trails becomes ho-hum. Maybe you’re not feeling the energy buzz. Maybe the technique is breaking down. First world problems. But we stress about them anyhow.

Those are the days when it’s a sight to see Bernie Nelson gliding along. She gobbles up the meters as she presents a holy grail of vertically stacked imagery. Hip, knee, and ankle perfectly aligned. Then there’s her power which makes this skier feel perfectly humbled. She is a model of biomechanical efficiency to emulate. As she passes by, this much is clear: she is simply a profoundly better technical skier than most.

At twenty-eight-years-old Nelson began her tenure as the U.S. Ski Team’s Development Coach on May 1.

On the periphery of the sport, Nelson may not have been the obvious candidate. For those immersed in Junior Worlds and U23 wax cabins and trailside coaching sessions, the native of Truckee, Calif., was a lock.

“So this was somebody who had had some limited experience with the elite team athletes, a lot of experience with the next group down, the developing athletes,” Grover said. “What we really tried to do also in this hire was take into as much consideration as we could the wants and desires of our primary stakeholders and that was the D-Team athletes themselves. We had several of those athletes that were actually part of the discussion and they were really excited by the idea of actually working with Bernie in particular and that was an important part of the discussion.”

Nelson worked with several USST skiers as a guest coach during last season’s Bend Camp and also developed relationships with developing athletes during her international stints as a coach.

She began coaching cross-country ski athletes while matriculated as a sophomore at Montana State University (MSU). In a span of eight months beginning February of her Freshman year, Nelson underwent surgery twice for Compartment Syndrome. Grethe-Lise Hagensen, Nelson’s head coach at MSU, recognized her talent as a teacher and asked if she would assist with coaching. 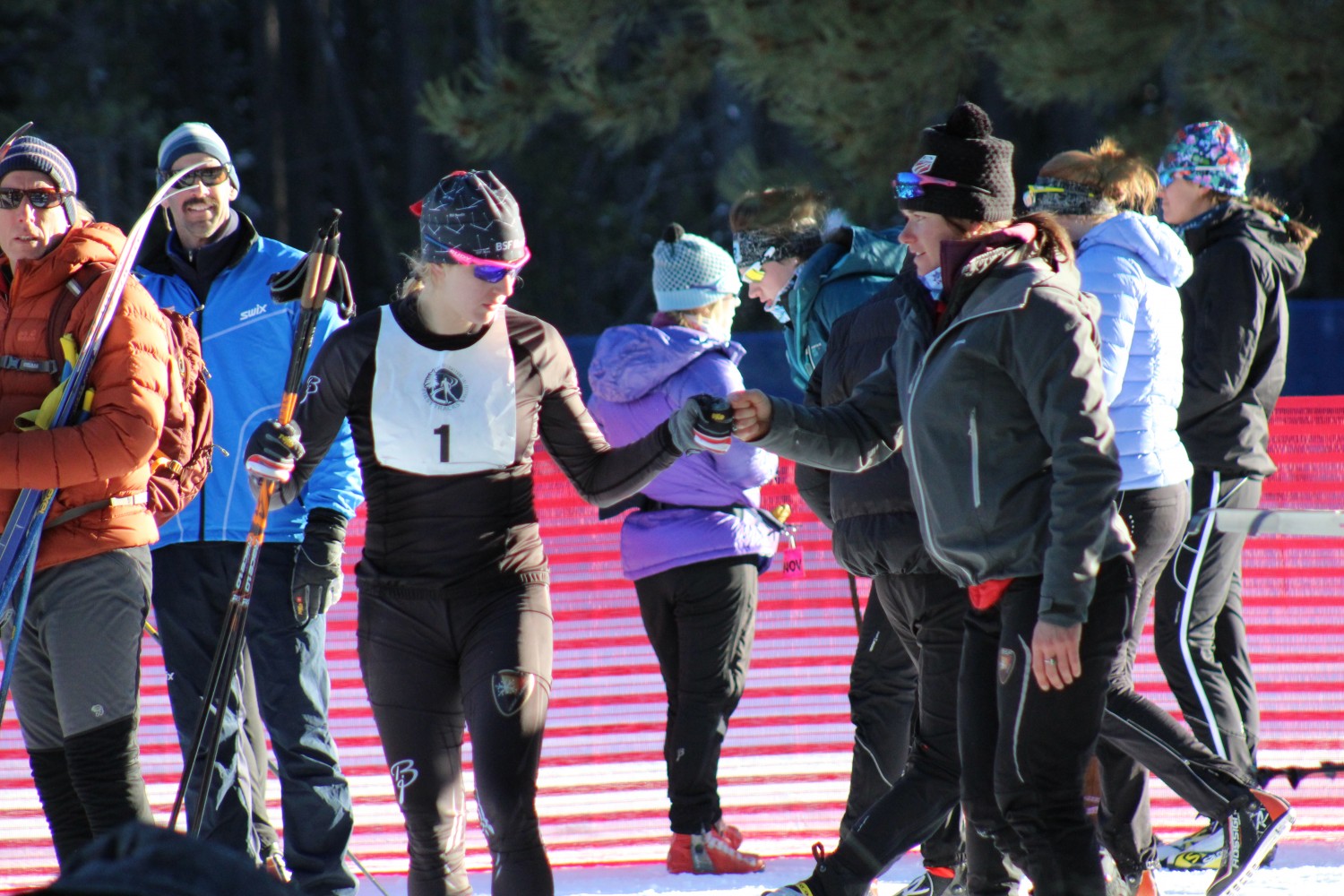 “That is how I started,” Nelson said. “I helped Grethe facilitate workouts and just really worked under her wing and with Chad Anderson who was also coaching. It was the three of us and then Grethe took a sabbatical for a year. Chad was the head coach and I was the assistant coach and that is when I really fell in love with the process because it was a whole training year that I was helping Chad and was responsible for what I would call my first team.”

Hagensen, now a coach in Tromsø, Norway recalls Nelson as beyond her young adult years. “Naturally, she was a teacher and a coach — Bernie is a quick one, she is smart and fast,” Hagensen said during a phone call. “She was just calm and young but old. She was wise. Sometimes the age doesn’t really matter, she was mature for her age.”

Nelson, at the time, balanced what few could have pulled off: coaching age-group peers, some of whom had been her teammate at MSU.

“She obviously gained respect from her peers,” Hagensen said. “She was a friend and a coach, but it worked. They looked at her as an equal. She holds her own. They discover rather quickly that she has skills and that she is qualified. Because she is comfortable when she is knowledgeable, then you appear strong, and that is something people sense. Bernie is not going to bend or be insecure – she is the opposite.”

After coaching at MSU, Nelson went on to become the Elite Team coach at the Bridger Ski Foundation before moving to Oregon and coaching at the Bend Endurance Academy. (Nelson had been a nursing student when she accepted the USST coaching position.) It was during these years Nelson had the opportunity to wax tech and coach internationally. She was exposed to a range of age groups from U14s to senior athletes. She began to understand that she was drawn most to the U20 and U23 niche. An age when an athlete often begins to learn more about methodology and becomes a more independent learner.

“I really started coaching U23s when I was a U23 myself,” said Nelson. “I was pretty young. For me, I think it is a really pivotal time in an athlete’s life when they start to take more ownership in their training. They are more curious as to why, they are more curious about the process. Why am I doing this training? How does it affect my body? How do I feel after rest? They are really starting to clue in and they are really starting to take ownership for their hours and their sessions. That for me is such an empowering time to be an athlete. I find a lot of joy of being a part of that process. Helping them clue into their own potential and helping them maximize it.”

What Nelson speaks of is a gradual release of responsibility: a pathway of guided, collaborative, and then independent training. The U20 and U23 athletes on the U.S. Ski Team (USST) all come with their own coaches and clubs. It is a time when the athlete gets advice from both their club coach and the USST coaching staff while providing their own input.

Nelson said she welcomes the collaboration with club coaches and college coaches who are guiding some of the D-Team athletes.

“From a coaching perspective, just like we are trying to get the athlete to see the power of the team, there are also opportunities for coaches to come together and collaborate,” Nelson said. “I think that is why it is so powerful for me, or why I am so personally passionate about it —  coaching this age group and this level I can continually get exposed to new ideas and I am always learning from other coaches. … You go on these U23 and World Junior trips and it is different people coming from different clubs to be coaches and to be wax staff and we are all working together. You have to be flexible and cohesive to achieve a group goal and get to the same endpoint.” 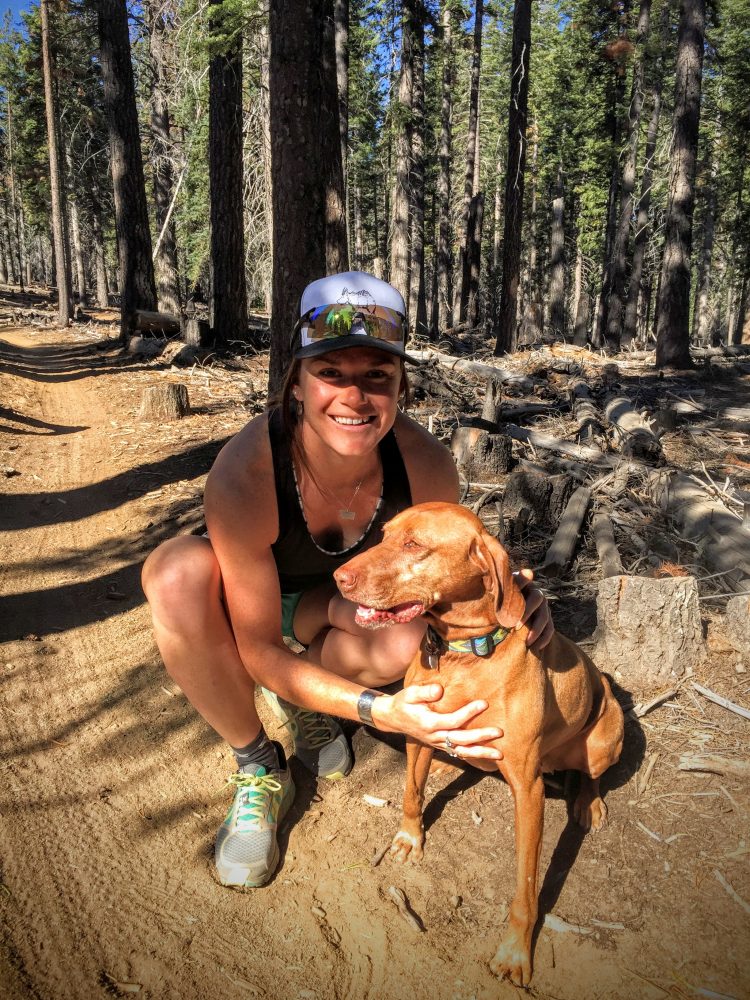 Nelson moves into a role vacated a year ago by Bryan Fish who became the Cross-Country Sport Manager for US Ski & Snowboard, while Gus Kaeding who was a part-time D-team coach last season moves into a full-time position with the organization’s sports science department.

It remains a time of promise for developing skiers in the U.S. With numerous top-10 performances and a smattering of medals at World Juniors, the foundation for Nelson’s development work is solid. She’ll have the opportunity to coach vets like Hannah Halvorsen and Gus Schumacher as well as new athletes that include Novie McCabe and Kendall Kramer.

Nine skiers total comprise the 2019-2020 development team. All of them met objective criteria for their USST nomination. The D-Team athletes come with their own aspirations and hurdles to clear. Nelson said she sees herself as a resource to assist skiers in achieving their personal goals.

Asked about any nerves she might bring to the job knowing the nation’s cross-country skiing microscope has become more fixated on high-achieving young athletes as they have garnered success at World Juniors, Nelson simply chuckled.

“To be honest, let’s put it this way, I think this is why I was a better coach than I was an athlete,” said Nelson. “As an athlete, I would get, I mean terrible pre-race anxiety. And as a coach, I am able to break it up into smaller chunks.”

Nelson has said in the past that putting on a race bib gives skiers “superhero powers … it’s like a cape”. It’s now Nelson’s time to instill some wisdom, provide some technique cues, and to help D-Team athletes harness those superhero powers.