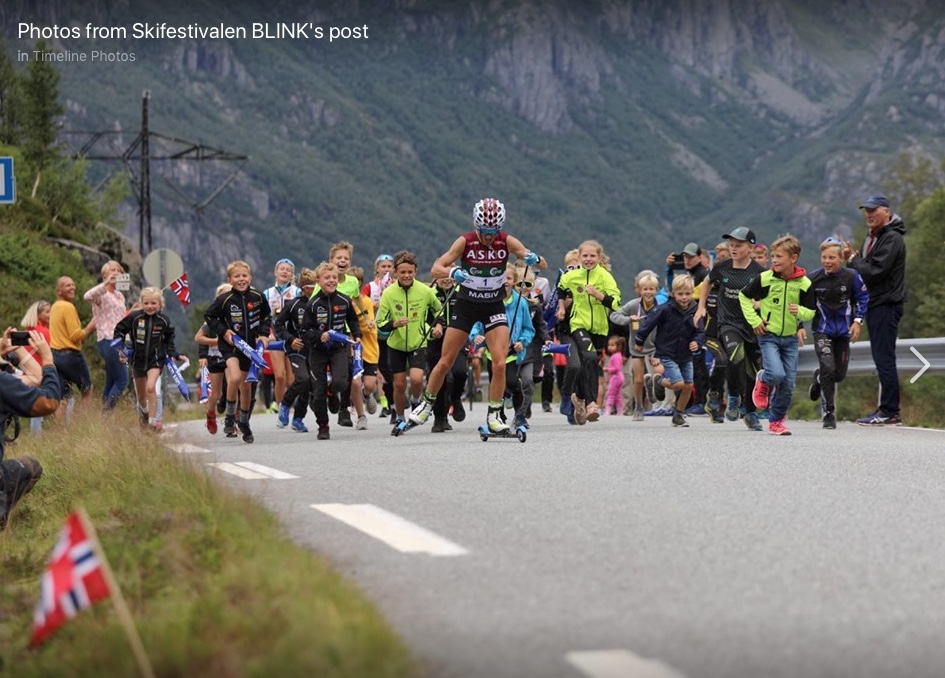 Norway’s Blink ski festival began July 31 with a 60-kilometer mass start classic rollerski race in Ålgård city in the Southwest of the country.

The point to point race presented rolling terrain, with a major 5 k climb beginning at 30 k. The course then trended downhill to the finish. 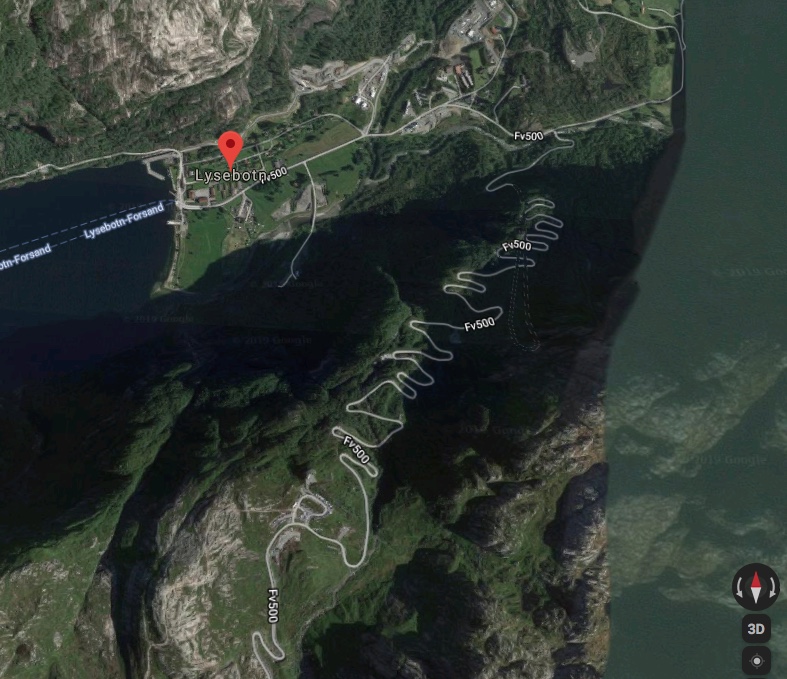 Map of the winding uphill for the 2019 Lysebotn Opp Hill Climb.

On Thursday, Aug. 1, the Blink Festival’s marquee event shook out. That event was the 7.5 k Lysebotn Opp (uphill) skate rollerski race that snakes up and up at the head of the Lysefjord.

Blink organizers also kept those with an idea of a massive double pole effort happy. The racing included a 7.5 k uphill double-pole only race.