The difficulty in covering generational star athletes is avoiding cliché. There’s the “high tempo” or “high-turnover” description for Therese Johaug. And for the men, Northug’s panache and wily wait-for-the-final-meters sprint fury. Although some would argue that it is a bit too early for the stamp of generational star, Johannes Høsflot Klæbo is such a regular podium crasher that avoiding cliché is troublesome there too.

So today, we’re off the hook a bit. Finland’s ski hero Iivo Niskanen, a master of the distance classic events, stole the show from Klæbo’s grasp.

Niskanen won the 15-kilometer classic in Ruka, Finland in 35:17.0. He bested the coiffed Klæbo (it’s so hard to resist the cliché) by 13 seconds as the Norwegian settled for second place. Klæbo wore a palpable face of disappointment as he vacated the leader’s chair after Niskanen crossed the line with a punch to the air. Klæbo began in bib 42, Niskanen in bib 66. Niskanen and Klæbo skied part of the race together, as the Klæbo latched onto Niskanen as he lapped through the start area. Ultimately, with the knowledge of the time-to-beat splits, Niskanen timed it right for the win. 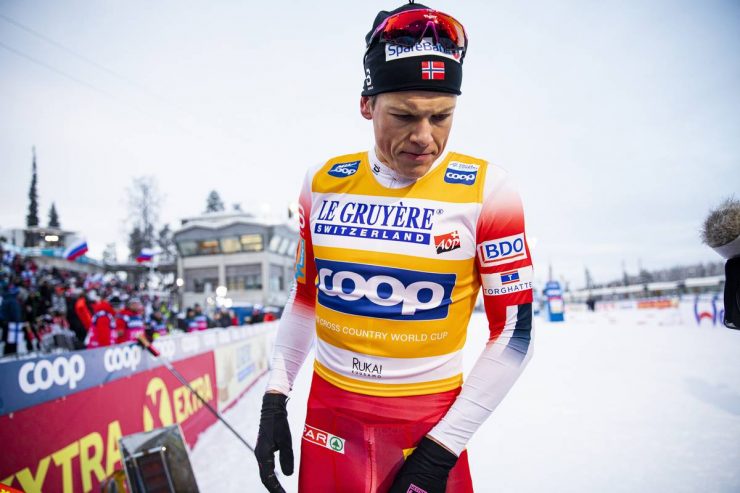 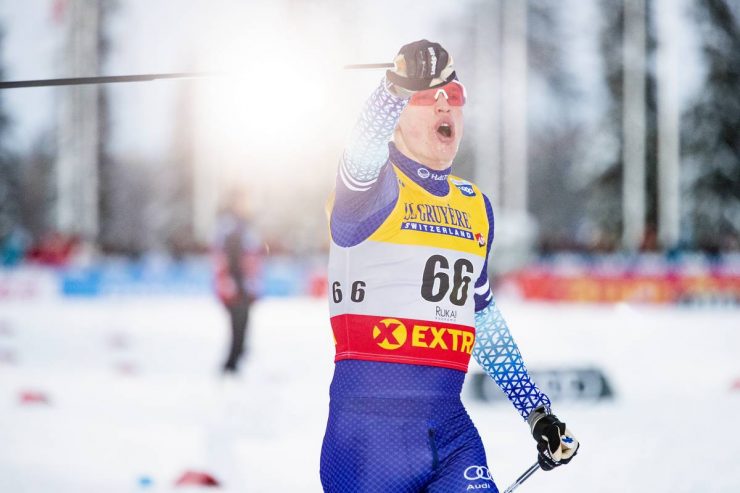 Iivo Niskanen (FIN) and the fist bump for the win in the 2019 Ruka, Finland 15 k classic. (Photo: NordicFocus)

“Iivo Niskanen was pushing me hard in his first round and I was trying to stay with him but then he was just stopping and let me take the lead,”  Klæbo told the International Ski Federation (FIS). “That was not the plan but it was a tough decision so I had to push really hard and … he showed today that he was in really good shape but I am very happy with my second rank.”

“It is for sure one of my fav places here in Ruka and I have to say that today there were more people on the track than ever so it was an emotional feeling to cross the finish line,” Niskanen told FIS after the race. “I feel strong and I have trained really hard. Here it’s easy to ski behind even [though] there are many large hills but today was windy and cold conditions.” 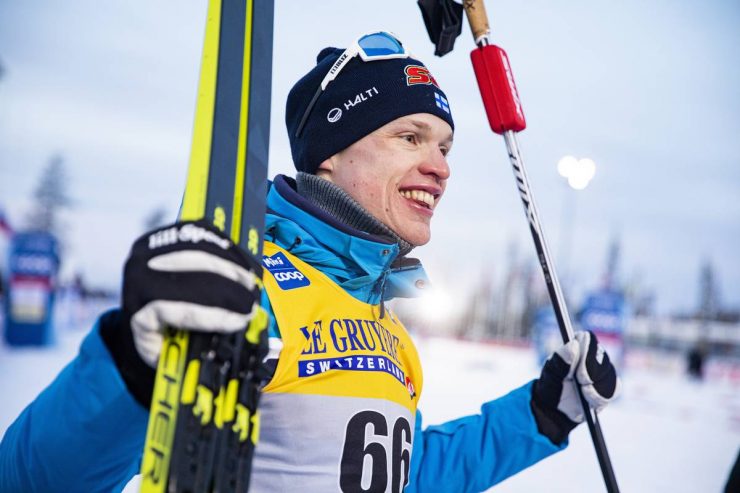 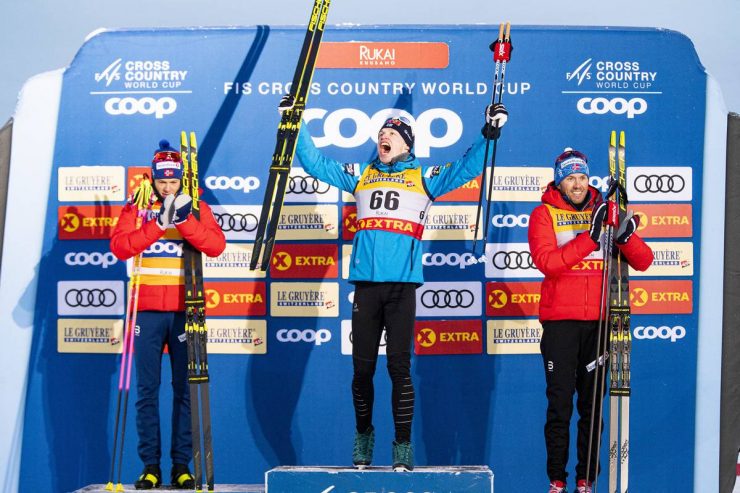 “Comparing to feelings I have had in the past, I am definitely coming into the season feeling better,” Bjornsen said in a post-race call. “I think I had a good summer of training… Knowing that I was 28th and still feeling like I have not quite come into my top form, I think that is a pretty good sign.” 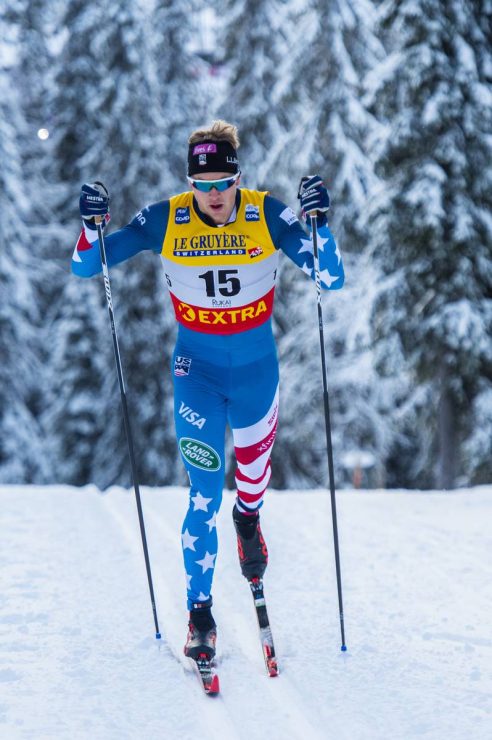 Also for the Americans, Simi Hamilton (USST) placed 34th (+2:10.9). According to FIS, this was Hamilton’s career-best result on the World Cup in a classic distance event. 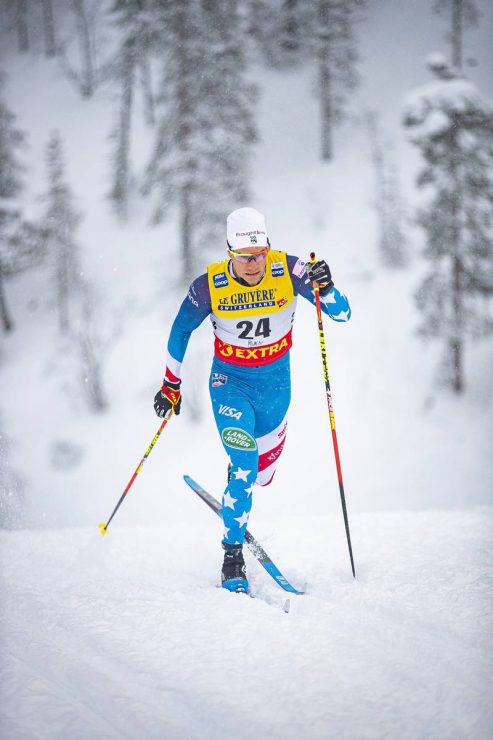 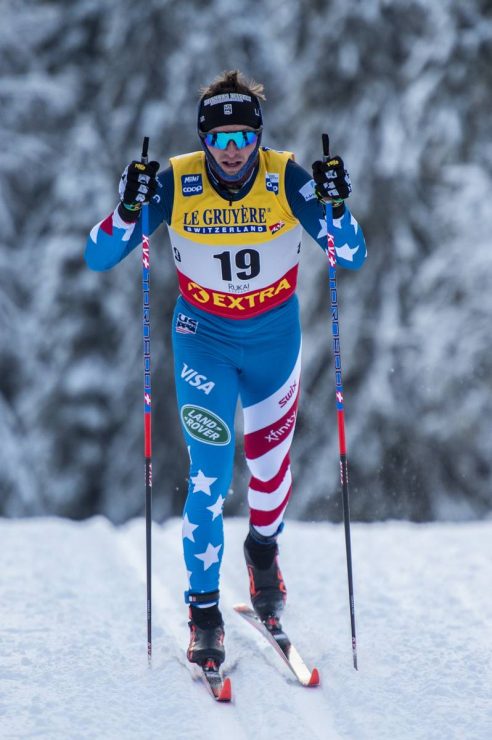