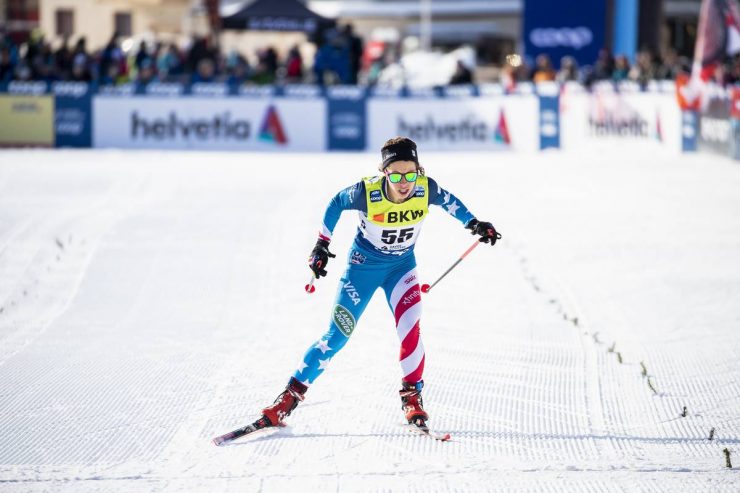 On December 15th, 28-year-old Rosie Frankowski scored her first World Cup points after finishing 23rd in the 10-kilometer skate in Davos. She then flew back to Minneapolis to spend Christmas with her family before heading to Houghton, Michigan for US Nationals where despite coming down with a stomach bug, she finished 7th in the 10 k skate, 5th in the 20 k classic, and 6th in the classic sprint.

FasterSkier connected with Frankowski as she wrapped up a high-altitude training block with her APU teammate Becca Rorabaugh, exploring the trails of Crested Butte and Gunnison, Colorado. Frankowski explains that the trip was part training and part much needed mountain getaway after an extended stay in Minnesota.

During their camp, the two hopped into the Alley Loop, a unique event offering distances from 5 to 42 k on courses that weave through the alleys of downtown Crested Butte and meander into the Slate River Valley. The event is known for its wild costumes, thin air, and spectacular Rocky Mountain backdrop. Frankowski took home the women’s W (4th overall) and $1000 in prize money in the skate marathon with a time of 1:55:35, and Rorabaugh won the 21 k skate outright in 1:04:40. 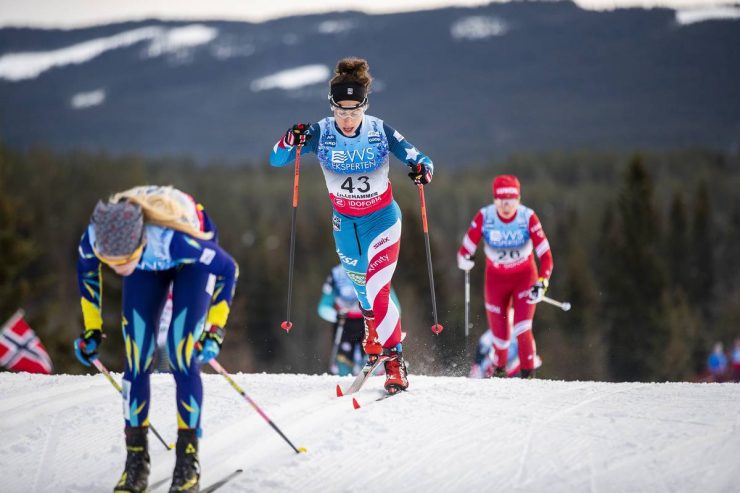 During our interview, Frankowski also reflected on her experience racing Period 1 on the World Cup for the first time, her goals for the season, and the factors she weighs when considering her racing and training schedule throughout the year.

As she is not a member of the national team and her sponsors are not able to cover the expenses of traveling to World Cup races and SuperTours, roughly $20,000 over the course of a season, Frankowski works for a nonprofit, Anchorage Downtown Partnership, Ltd., and is an adjunct teacher at APU on top of her training schedule. Though this scenario looks different than the singular focus of many professional athletes, Frankowski has a positive mindset and has developed a confidence in her “system”.

“If you’re passionate enough about it, you’ll make it work. And sometimes the sacrifices where people say, ‘Oh, you’re working so hard’ — if you tell yourself it’s hard, it will be hard. If you say ‘I’m going to make this work somehow,’ you’ll make it work. So it’s kind of having a positive approach to it and realizing that that is your situation and it’s not the end of the world to be in that situation.”

Frankowski heads from Colorado to Ӧstersund, Sweden where she will rejoin the American World Cup squad for the FIS Ski Tour 2020, which kicks off on February 15th. The six stage event takes athletes to four different venues across Sweden and Norway, finishing with a 15/30 k pursuit in Trondheim.