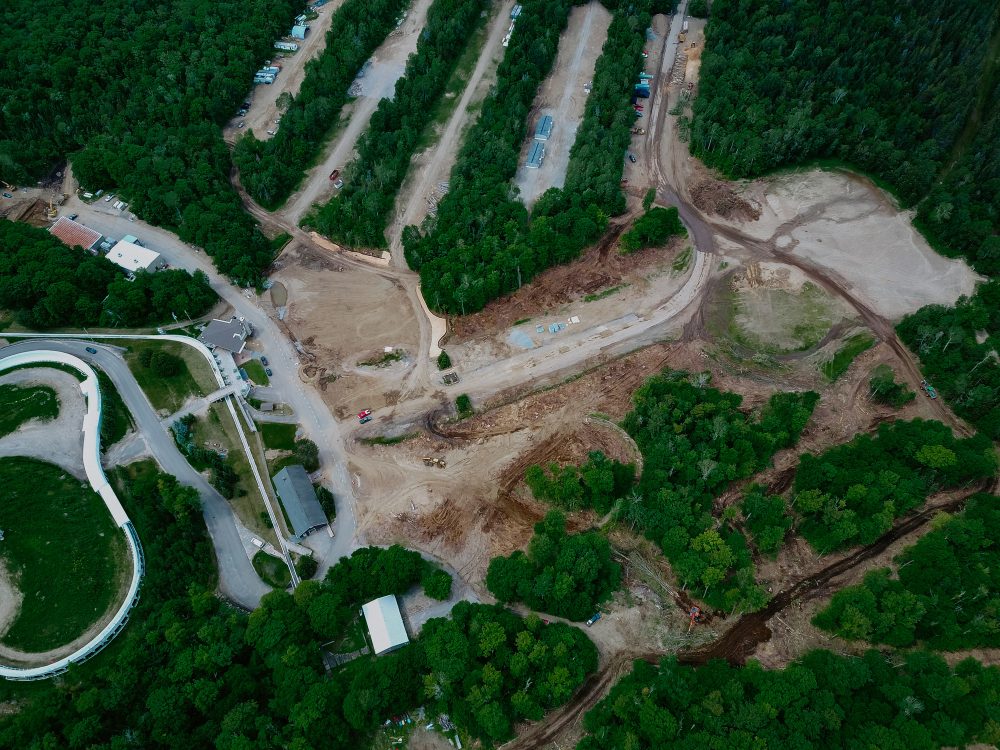 In its current fiscal year, New York State budgeted $80 million to the Olympic Regional Development Authority (ORDA) for improvements. The year prior, ORDA received $60 million from the state.

Asked when they got involved in the bidding process for the Universiade, ORDA President and CEO Mike Pratt wrote in an email, “ORDA was included in the process to host the [World University Games] from the onset. The biggest limitation to hosting the event was regional. As it was determined that these limitations could be overcome, the process to secure the games progressed.”

Improvements to Mount Van Hoevenberg will include a new lodge, an eight million gallon snowmaking reservoir, and a traditional snowmaking system covering five kilometers of trail, augmenting what is already known as the Snow Factory. Four kilometers of new trails will be developed and paved to accommodate rollerskiing in the summer. A new start house is in the works for Van Ho’s sliding track.

After the 1980 Winter Olympics, the state of New York founded ORDA to manage the various Olympic venues. In addition to Mount Van Hoevenberg, and the Olympic Jumping Complex, ORDA manages Whiteface Mountain, the Olympic Center (site of hockey events), the Olympic Speed Skating Oval, and the Olympic Training Center. In 1984, ORDA assumed management of the Gore alpine mountain in the southern Adirondacks; and in 2011, took over the Belleayre alpine center in the Catskills, which had been managed by the New York Department of Environmental Conservation.

Mount Van Hoevenberg’s new lodge will house 30,000 square feet over three stories. The lodge will be used by the sliding athletes and hikers and is scheduled for a 2021 completion date. New trailheads to the popular Cascade and Porter mountains will start from the lodge area in an effort to ease overcrowding at existing trailheads during summer hiking season. To promote non-winter visitations, a mountain coaster will be developed to leverage the area for summer visitors.

The total costs for upgrading Mount Van Hoevenberg were originally estimated to be $40-$50 million. However, in a June issue of the Adirondack Daily Enterprise, Pratt revised the redevelopment estimate to “upward of $60 million.”  The cost of the new lodge alone is estimated to be approximately $32 million.  Asked about the cost increases by FasterSkier, Pratt responded “The project scope grew to include additional components that could have been separate projects. We are managing our budget as efficiently as possible.”

While ORDA will install a traditional snowmaking system, Pratt said that it would keep and continue to maintain the Snow Factory. At the time of writing, none of the existing ski trails are expected to be closed during construction. However, Pratt wrote, “We are obviously going to experience some inconveniences with the construction continuing through the winter. We are prepared to operate differently and need the guests to understand that the facility is changing and some things will be different.” 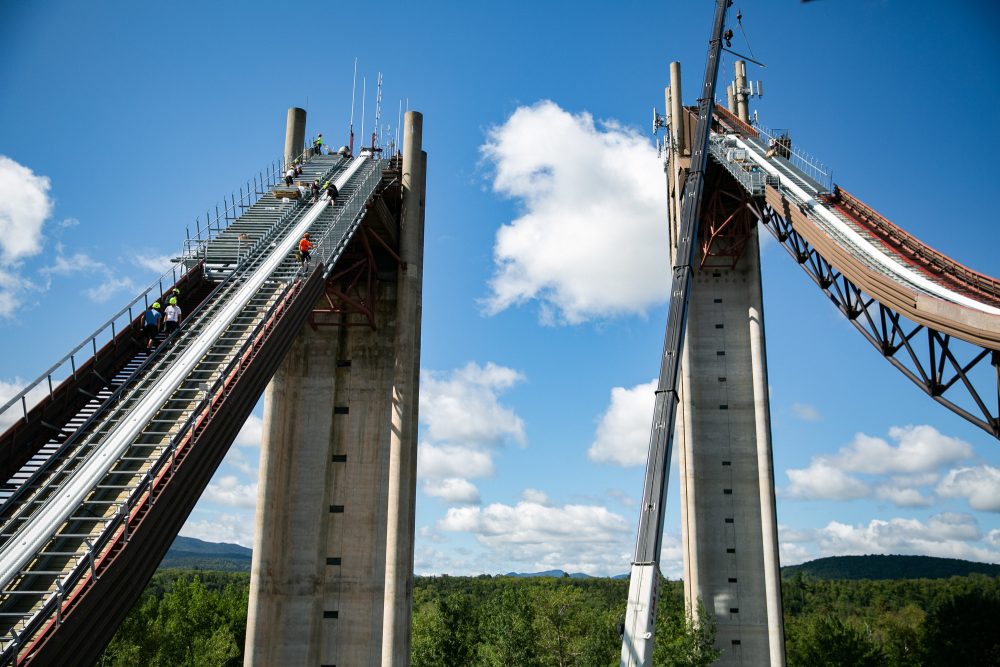 According to the Adirondack Daily Enterprise, the biathlon range will be relocated and enlarged to accommodate World Cup cross-country and biathlon events.  Pratt wrote that the new range would be adjacent to the new lodge.

At the ski jumps, frost rails (that cool the ski ramp surface) will be installed on both the 90-meter and 120-meter to ensure a consistent gliding surface. ORDA also plans to re-grade the landing hill, but the current sole bid of $12 million for this work was more than double what ORDA had anticipated.  At present, re-grading the hill is tabled, and ORDA will solicit new bids for the following year.  Despite the re-grading issue, the ski jumps will be usable this winter. In addition, the Olympic Jumping Center will see the landing hill regraded to modern standards.

Of interest to dedicated World Cup fans, Pratt expressed that bidding on and hosting a World Cup cross-country event remains a possibility. “We are always considering what events are appropriate to host and feel confident that the new trails will be desired by the athletes and their governing bodies,” he wrote.