Back in 2015, prior to her first go at a World Championships, Rosie Brennan was asked this: What’s your biggest motivation while racing?.

“I am most motivated by wanting to show that my hard work was worth it, that I did everything I could to go as fast as I could,” Brennan replied at the time. She was twenty six years old then, and now at 30 years old, the Park City native grinds away, still doing the hard work. 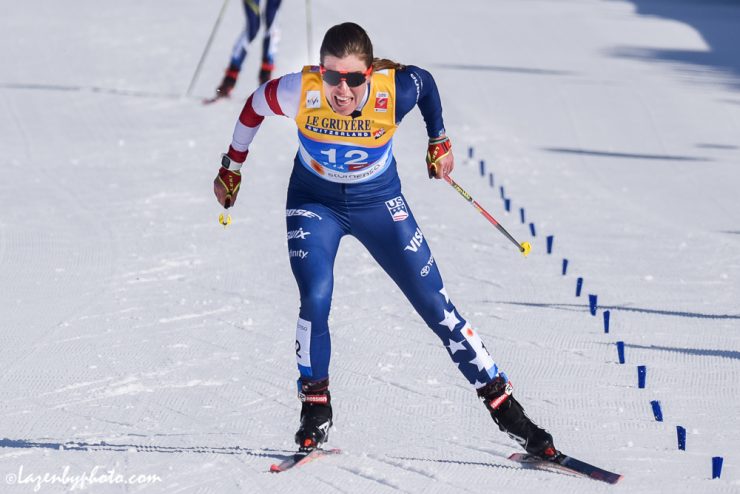 Brennan, a current member of the U.S. Ski Team’s A-Team, has had an on-again off-again career with the national team. She has, however, been a rock on the APU elite team where she’s surrounded herself with some of the nation’s top cross-country athletes.

In 2018, despite being nominated to the Olympic team, she developed a nagging virus that sapped her energy. She eventually returned to form —  last season  her best World Cup campaign to date. She ranked 27th in the distance standings and popped a career best sixth place in the Davos, Switzerland 10-kilometer skate.

We spoke to Brennan for the podcast as she finished up a ski team training camp based in Park City. We spoke about her recovery from illness and her role as an athlete representative  at U.S. Ski & Snowboard.