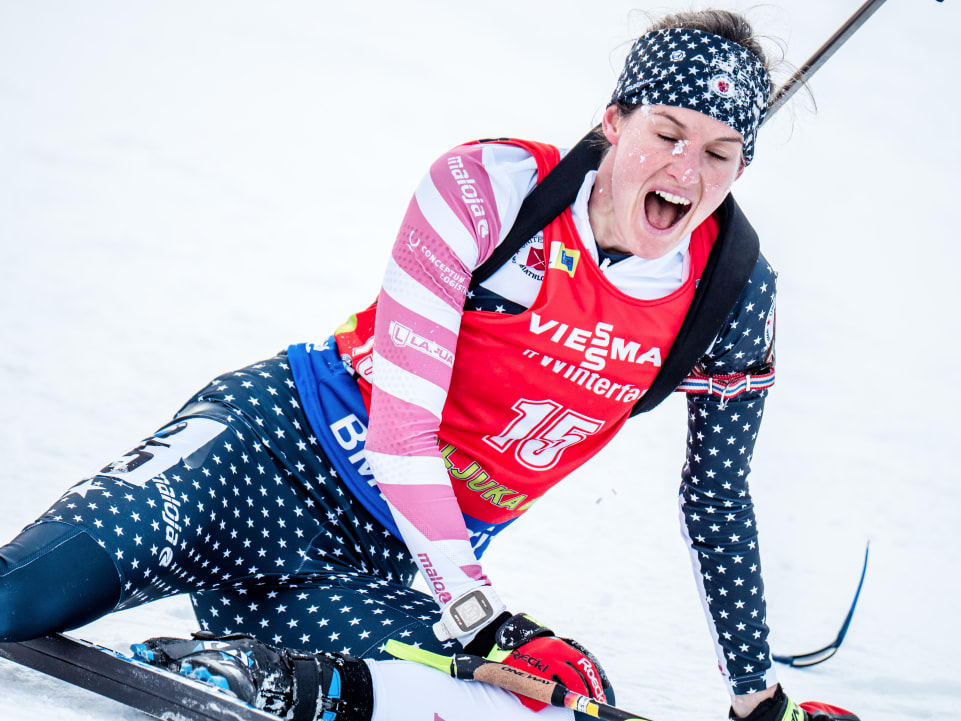 Over the weekend in Pokljuka, Slovenia U.S. Biathlon’s Clare Egan marked a breakthrough. During the IBU World Cup’s 10-kilometer pursuit on Sunday, with a single shooting penalty, Egan placed sixth (+1:22.4, 0+0+1+0). She also raced the fastest time for the ski portion of the race.

Kaisa Mäkäräinen of Finland won the race in a time of 29:16.9 minutes.

Prior to her sixth place, Egan’s top result was a 13th place during last season’s IBU World Cup sprint in Kontiolahti, Finland.

If Egan, who has been in the sport since 2013, needed a boost to remain committed, this weekend was it. Before she placed sixth on Sunday, Egan was 15th in Saturday’s 7.5 k sprint. Again, in that race, she was able to match her blistering ski speed with near flawless shooting— Egan had one penalty in the sprint.

Fans of the sport might be surprised to find an American name other than Susan Dunklee’s so high in the standings. It appears Egan might be too.

“I am frankly amazed with my skiing,” Egan wrote in an email to FasterSkier. “I knew I was in great shape, but this week my ski times were 11, 6 and today 1st. I think small changes and improvements in my training are coming together to make this big difference. The most important factor in my performance is our new women’s coach, Armin Auchentaller. He is the right coach for me.”

Auchentaller was hired on with U.S. Biathlon last spring, and brings both experience as a biathlete for Italy, and experience as a coach. He most recently coached the Swiss women’s biathlon team.

As any biathlete can attest, the variables within the sport are many. Small changes here and there — minute tweaks that may account for a modest percent change in mental and physical performance. That can mean a jump from say a 16th place to a sixth place.

One stat jumps out already for Egan. She has vastly improved her accuracy on the shooting range. According to the IBU’s data, in 2015-2016 she shot 79 percent. The next two seasons trended downward with a 78 percent in 2016-2017, then 74 percent last year. In Pokljuka, although the sample size is small with just a short series of races to draw from, Egan shot with 84 percent accuracy.

“There are a lot of things- some are major structural changes like having a camp schedule rather than training daily in Lake Placid, others are more nuanced like having more fun doing my sport with Armin and a galvanized and unified team,” Egan wrote about some of the new concepts U.S. Biathlon embraced this past off season.

Egan’s results on the IBU World Cup have improved since she began in 2014-2015, her first year on the circuit. Since then, she has been ranked 96th, 67th, 56th , and most recently, 63rd last year. During each one of those four years, Egan showed promise.

She has had six top-30’s outside her 16th during the 2015/16 season, and the already mentioned 13th last season. Steady progress and intermittent nuggets of top-20 success were enough hope to sustain Egan through another cycle of training loads, recovery, and shooting sessions.

“I was not expecting this,” Egan wrote. “But my first Biathlon coach, Algis Shalna, told me that it usually goes best with 0% expectation and 100% focus.”

The focus hasn’t shifted. Expectations may have changed.