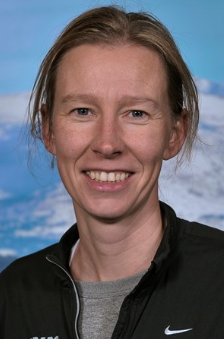 At the end of the 2017-2018 season, Bruce Cranmer stepped away from his position as the head Nordic coach at Colorado University in Boulder after 18 seasons with the team. During his tenure, the team was the top nordic team a remarkable seven times at the NCAA national championships, with four of those victories also earning the overall win with their points combined with those earned by the CU alpine team. However, throughout all of these championship wins, there was another key player by his side.

Jana Weinberger, then Rehemaa, first became a Buffalo in 2003 when she was recruited by Cranmer to train with their program. Hailing from a legacy of outstanding skiers in Russia and Estonia, Weinberger went on to sweep the NCAA nordic national titles in 2006, claiming the victory in both the classic and skate individual races. Weinberger was recognized as CU’s most outstanding skier that year and was presented the Dick Schoenberger Memorial Award. Her time at CU as an athlete has been a highlight of her career, and is part of the reason she chose to rejoin the program as a coach.

“You kind of become a fan of the program and it’s who you are,” Weinberger told FasterSkier in a call. “Once you become a Buffalo, then it’s hard to quit.”

Her success as an athlete was a testament to both her character and an upbringing that fostered high-level skiing.

“She was basically national team level in Estonia, and she has a brother who skied on the World Cup for a long long time, so she came from a great tradition,” said Cranmer in a call.

Weinberger’s aunt, Rutt Rehemaa, was one of the most successful female skiers in Estonia, and her uncle acted as her coach before she moved to the US.

“Estonians, in general, were always really good classic skiers, so she came with good technique, and she was fit, and a hard worker,” Cranmer added. “Coming from Eastern Europe, I think they just are a little bit tougher in some ways, so she was strong that way. She never complained or thought things were too hard or whatever… she was tough and she knew how to go hard and push herself. She always was willing to step it up, so I think she was a good mentor for other people coming along.”

Her experience as an athlete helped her develop her coaching philosophy and to connect to the athletes she later guided when she became Cranmer’s assistant coach in 2008. 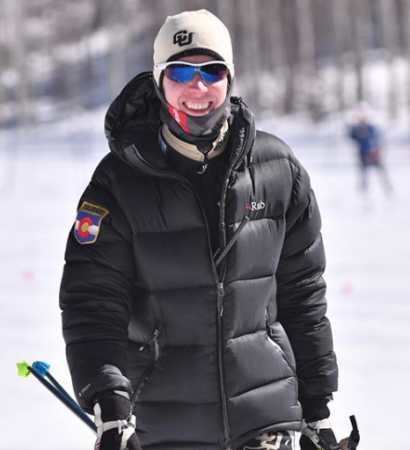 “A lot of what I learned was from being an athlete myself,” Weinberger explained. “Learning from my mistakes and trying to teach my athletes not to repeat the same mistakes. What I try to do with my athletes is to approach every athlete individually and see what they need and go from there. I try to make them the best that they can be.”

Weinberger’s background in the sport meshed well with the training program Cranmer crafted at CU, which helped the two connect in both their athlete-coach and collegial relationship.

“She came from Europe, and I had European coaches, not from Estonia but from Norway,” explained Cranmer. “Their approach is a little bit different than your standard American model, but that’s not to say that there is one model that fits all either.”

Throughout the ten years they spent working together, coaching was a collaborative effort as they continued to fine-tune an incredibly successful program.

“I think we worked together well and supported the team in different aspects,” said Cranmore. “Usually, you start ending up with little niches, and as we went along I started sending more things her way that I thought she could do which freed me up to do some other things, so we each kind of found our own niche a little bit and that evolved as we went along.

“Certainly, she brought professionalism, coming from a high place race-wise from Europe to America,” he added.

Transitioning from athlete to coach went smoothly for Weinberger. Cranmore appreciated her ability to take on new responsibilities with confidence, even in the tasks that are beyond the realm of wax bench or training plan, such as driving the team van long distances, sometimes late at night and in inclement weather – not for the faint of heart. He added that her toughness as an athlete also helped her as a coach to encourage others to step it up on tough days.

“’It’s always cold like this!’ or ‘Sometimes the wax isn’t perfect!’ or whatever it might be,” Cranmer laughed. “So from that standpoint, I think she brought that to the team and she was open and got along well [with everyone].”

Winning national championships with Weinberger was a highlight of Cranmer’s career and he described it as “always a special experience.” When he decided to retire, both he and alpine coach Richard Rokos, who is also the head coach of the overall CU ski program, felt that the decision to offer Weinberger his position was an easy choice.

“It was a pretty easy step. I knew that as long as she was interested, she would be a logical choice,” he explained. “The head coach, Richard [Rokos], who is the alpine coach, he’s been at CU for almost 30 years, so he knew Jana well also and thought that was an easy logical step. She knew everything, knew the program, she had been there for 10 years with me.”

As Weinberger had already been contributing to the program for some time, she was able to transition smoothly into her new role without needing to alter the structure she and the athletes were accustomed to.

“It’s been a very successful program so far, so there are not that many things that need to be changed,” she explained. “Probably more of me being a different coach than Bruce was. I definitely learned a lot from him and try to incorporate whatever I learned from my previous coaches into my own coaching.” 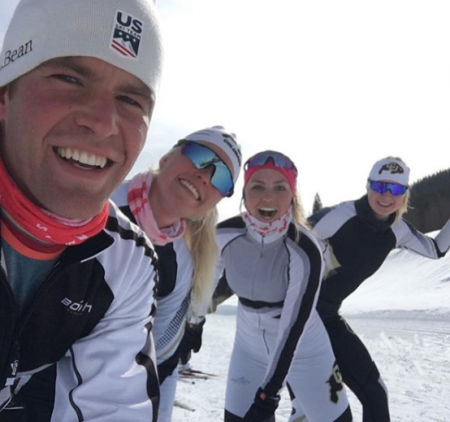 Following Weinberger’s promotion, Austin Caldwell joined the Buffaloes as the assistant coach. Caldwell was team captain at Dartmouth University, then coached junior athletes at the Putney School in Vermont and post-graduate skiers at the Bridger Ski Foundation in Montana.

“The transition has been relatively seamless so far,” Caldwell wrote about Weinberger’s promotion in an email. “Bruce has an impressive legacy with the team and he set up a proven system that works for the college. Jana has great relationships with the athletes and has been at CU for many years as a skier and coach making the transition as simple as possible.”

As Weinberger takes on new responsibilities as the team’s leader, Caldwell is finding his own niches to fill in helping to guide the team.

“Jana and I come from different coaching backgrounds,” said Caldwell. “She has been coaching collegiate racing for many years and I have been on the Super Tour the last few years. She has a system in place that works very well and I support that and can hopefully add useful insights from my past experience.”

The team has continued to be a powerhouse in the Pac-12 division, regularly placing athletes on the podium and in the top ten for both men and women.

“One of the highlights [of the season] just happened in the races in New Mexico where our girls went 1 – 2 – 3 [in the 7.5k classic race] – Anne Siri [Lervik], Hedda [Bangman], and Ezra [Smith], so that was pretty cool to experience as a coach,” said Weinberger. “And overall, this season is different for me because I am the head coach and I feel more responsibility, so I’m trying to take care of the team as best to my abilities as I can. That is exciting for me.”

Looking ahead, Weinberger aspires to lead the team to more national championships and to help other athletes achieve what she sees as the highlight of her athletic career, winning both races at the NCAA’s. 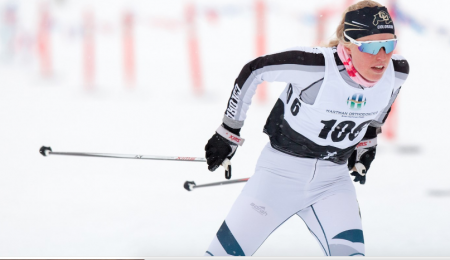 Christina Rolandsen of the Colorado University nordic team on her way to a third place finish in the 10-kilometer freestyle race in Anchorage, AK. (Photo: Screenshot CUBuffs.com)

She continued, “We always try to win championships, that is our goal every year. What I want to do with our nordic team is I want them to be the best collegiate nordic program in the country. So that is one of my main goals.”

The CU Team is wrapping up their regular season racing in Anchorage, AK, and will head to Stowe, VT for the NCAA Championships at the beginning of March.