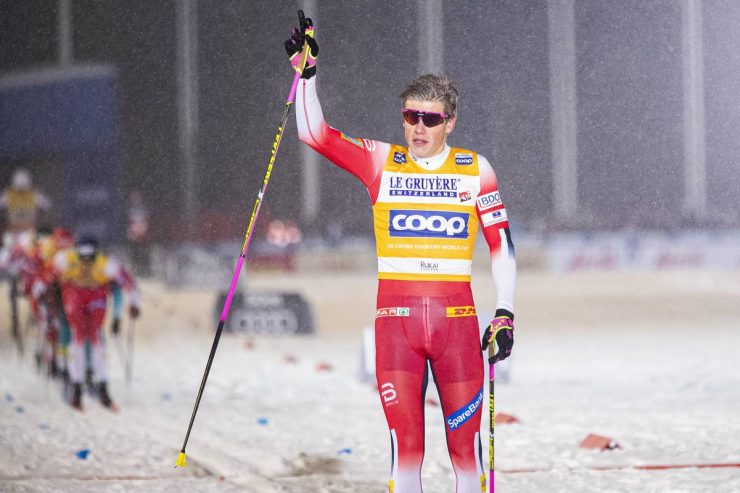 Straight to the point, no U.S. men advanced to the heats in Friday’s opening World Cup 1.4-kilometer classic sprint in Ruka, Finland. Since the sprint is part of a three-race series ending with a pursuit, all skiers started the qualifier.

As snow flurries fell in a semi-dark and Arctic Ruka —skiers raced under the lights — Johannes Høsflot Klæbo of Norway won the qualifier in 2:37:42.

“This is our first race of the season, the classic sprint has never been our absolute strong event as a team,” said U.S. Ski Team’s World Cup Coach Matt Whitcomb after the race. “We’ll look back on today and yeah for sure we want more, it’s not really a failure, there’s not a disappointing feeling attached to it.”

With his perfect-technique hips forward double-poling and trademark ski-running form, Klæbo looked on. It was here last season where he looked peerless. In the final meters, he let up and was passed by his season-long rival, Russia’s Alexander Bolshunov. 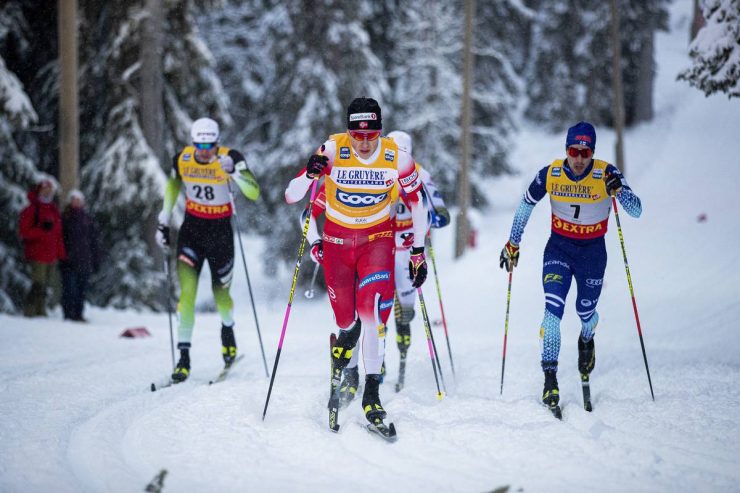 Not this year. There was no mental lapse on Friday for Klæbo. He had an ever-increasing gap midway up the final hill which ballooned by the time he crossed the line. He won by a massive margin of 4.17 seconds.

“It is amazing to be back in Ruka. It wasn’t the best start last year but now it is turning to victory,” Klæbo told FIS after the race. “It seems like the [Klæbo step] is working quite good. I think I am going to train for that every year so I am able to fight for podiums.”

Since he boomed onto the World Cup in 2016, Klæbo has finished third, first, second, and first again today in Ruka’s classic sprint. Last season, Klæbo went on to win the sprint Crystal Globe and the overall title. 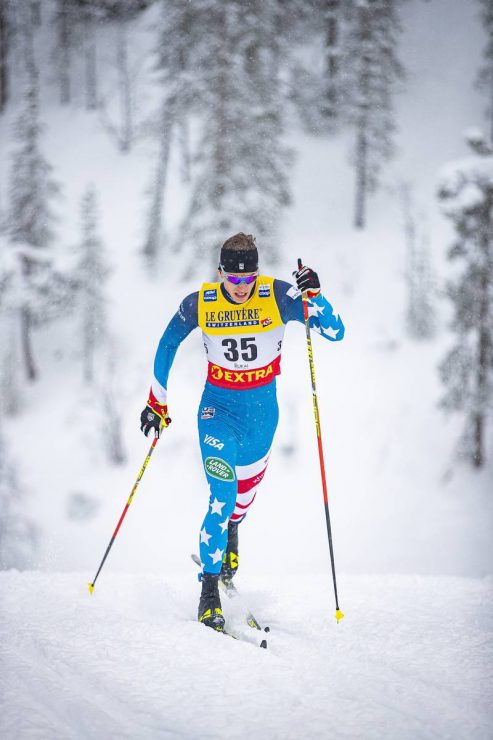 Kevin Bolger of the U.S. Ski Team on his way to qualifying 32nd in the Ruka, Finland classic sprint. (Photo: NordicFocus) 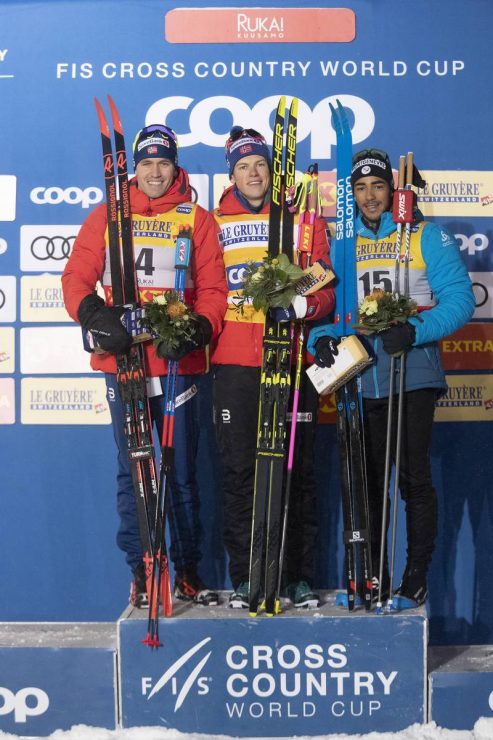