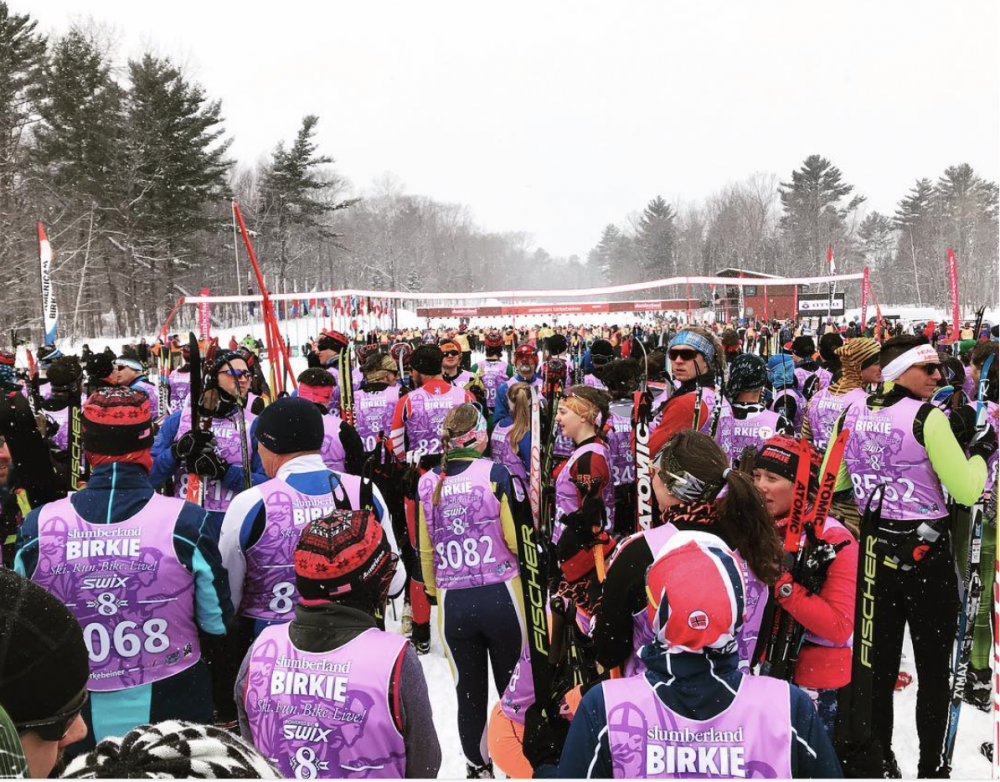 In the days leading up to North America’s largest nordic ski race, the American Birkebeiner, I found myself dissociating. When given the option of fight or flight, my brain was already halfway out the door.  Work productivity came easily and daydreaming was at a peak. “Wouldn’t it be rippin’ to play Iron Maiden covers on the banjo?” I mused. Google Fear of the Dark banjo covers.

The weekend before the race, my training schedule clearly indicated my longest training day on skis to date… so I went splitboarding instead.  Despite my less-than-diligent approach at the eleventh hour, the backcountry plodding uphill, in thick snow, served as better training than anticipated.

Race day arrived and with it, a blanket of new snow. Birkie neophytes all wore purple and would start dead last in Wave 8. The People’s Wave, as I affectionately call it.  Pre-race jitters sent me to the porta potty for a third visit and by the time I lined up, I was in the way back.

The announcer prompted racers to be sure to start in the tracks.  The alluded to tracks were nowhere to be seen – just mashed potato snow mixed with the occasional gel wrapper.  Tracks or no tracks, I had a plan. I was ready to double pole like my life depended on it, then skate out hard until the trail highpoint.

All did not go as planned.

The starting shots rang out and the mass of purple bib-wearers didn’t so much spring, but dribble across the start line.  For the first 10K of the race, we were massed closely together, like so many sea turtles, fin-flopping through loose sand on our way to the ocean. Wedge-skied, alternating pole Conga lines clamored up squishy hills and reeled down scoured luge lines.

In my training time with Rebecca Dussault (Yes –that Dussault, the Olympian who won the Birkie in 2009 and 2010), she coached me on how to draft off passing racers and how to sneak sips of water while step turning a downhill corner.  I did not relish the thought of reporting back to my coach that I posted a DNF (did not finish) due to crab walking exhaustion, so I got more aggressive and passed where I could.

“On your left. On your right. Coming through!”  The purple crowd started to thin. I was skiing with a good mix of colors now.

With a little more room to work, my skis and race day recommended wax were fast underfoot.  Now, I just had to give the oomph to move the gear forward, towards the Main Street finish line.

The aid stations were rowdy, festive affairs. They also posed a good opportunity to squeak by a scrum of skiers. I forwent the liquid energy and skipped the Jägermeister shots, and skied on, opting to stick with water and the maple packets I loaded up on at the Birkie Expo. Shooting pure maple syrup through the hardwood forests of Wisconsin felt on-theme.

After passing the OO aid station, which is approximately the halfway mark, I began to flag. I needed a diversion, so I started soliciting other skiers for a verbal distraction.

“You look like you give a good pep talk,” I’d say. Without exception, they all gave good pep talks. The course between 30K and 40K whizzed by.

Then gradually, the distance and hours of continuous effort added up. By the time I hit the lake, all form had disintegrated.  The flats were supposed to be easy, but I was doing the survival shuffle. And mumbling to myself – more specifically, to my body parts. “It’s ok feet. Hang in there legs. Hush shoulders. You can make it another 3K.”

I did not draft off any race trains. No land speed records were broken, but I DNFOF (did not fall on face), even though there were plenty of obstacles provided by the course and the humans on the course. As one of my pep talkers so eloquently put it

“Pain is temporary. Finishing is forever.” 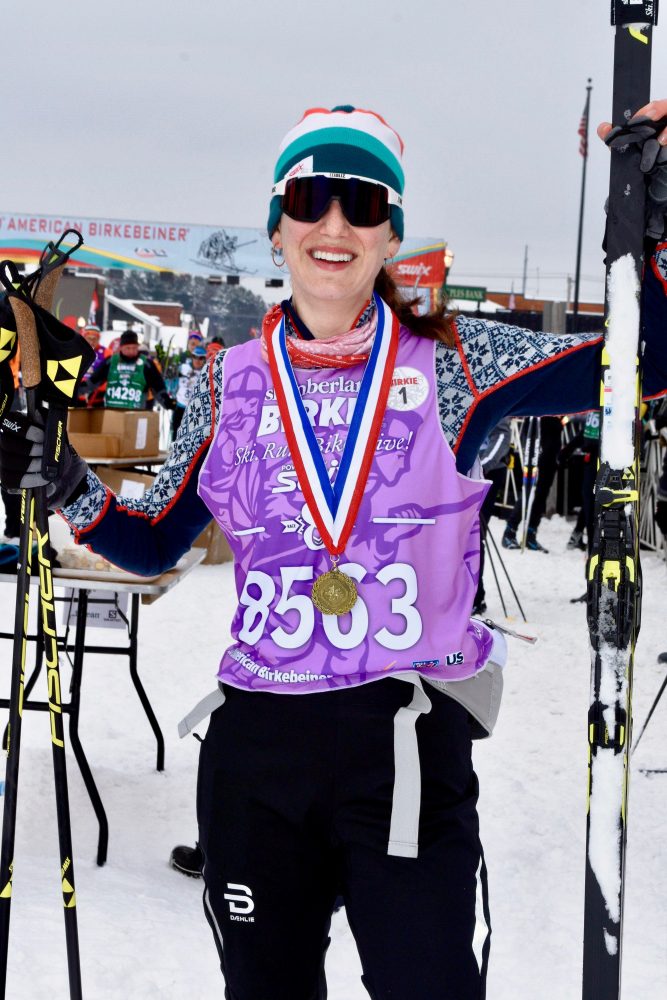 Katie Bradish (@katiebradish) is an investigative athlete and will be a contributing writer for Faster Skier from Sandpoint, Idaho. Bradish decided to learn to Nordic ski with some hard deadlines. With the support of Fischer Nordic, SWIX USA and Coach Rebecca Dussault, Bradish will race in three Worldloppet races by the end of 2020. Uff-dah!